Ontario cleans up: haircuts are coming, and a crackdown on evictions 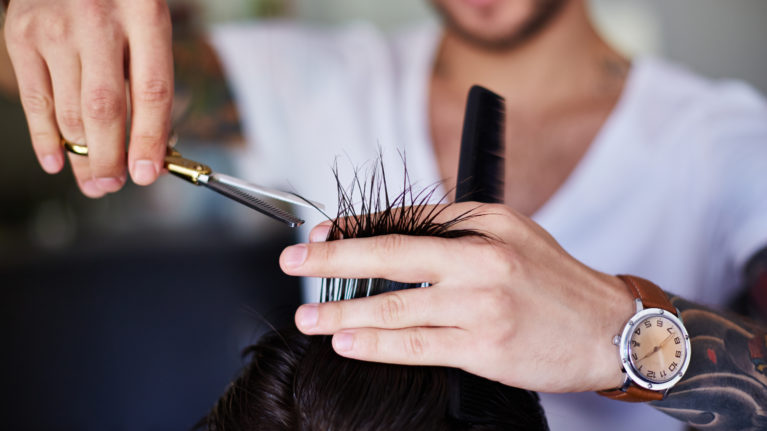 As his province’s reported coronavirus cases trended down—though remained the highest in the country on a day-to-day basis—Premier Doug Ford ushered in Stage 2 of his government’s plan to re-open the economy. Ford said much of the province’s residents will, as of this Friday, be able to get a haircut, enjoy a meal on a patio, reconnect with their place of worship—and a whole lot more, all under strict physical distancing guidelines. Read Ford’s full remarks here.

The premier also backed up repeated threats to deter landlords from evicting tenants. Last week, Ford said landlords who didn’t apply for federal-provincial rent relief on behalf of their commercial tenants were testing his resolve. Yesterday, he announced a temporary ban on evictions until the end of August. Small biz advocates have for several weeks demanded Ford take action. Don’t be surprised if take-up for the $900 million rent relief program grows exponentially.

Justin Trudeau has for several days acknowledged the truth that systemic anti-Black racism is real in Canada. But his critics have long been weary—and wary—of mere symbolism. What will the PM do about racism? Yesterday, Trudeau said he spoke to RCMP commissioner Brenda Lucki last week about the proliferation of body cams for police officers. He said more conversations would come this week with the provinces “so we can move forward as quickly as possible.” You don’t have to look far to find lingering questions, and some healthy skepticism, of the effectiveness of body cams.

Canada’s dire need for better race-based data: “Endless surprise at evidence of racism is one of the most racist things about Canada, and sloppy data collection has long helped maintain plausible deniability,” writes Denise Balkissoon in Maclean’s. It’s time, she says, for more—and better—information:

“The goal, though, must be more sophisticated than gathering numbers and spitting them out. After all, the United States has a whole lot of race-based health data, yet outcomes for Black, Latino and other racialized communities are often abysmal. If such information is going to be meaningful, it matters who collects it, how they collect it, and what happens next.”

Does Canada need a COVID-19 tax? Okay, that’s simplifying economist Trevor Tombe‘s admittedly “hare-brained idea” in Maclean’s. Tombe argues that even Canada’s unprecedentedly spiked federal deficit won’t make the national debt load unsustainable. But reducing the debt is probably a good idea, so he’s pitching a temporary government entity that would take on the new debt and pay it down—with a little help from Canadians in the form of a temporary 1.5 per cent sales tax.

“Proceeds would not go to general revenue, but instead into a “Repayment Fund” and invested by the Canada Pension Plan Investment Board. Over time, these contributions would grow enough to potentially repay the entire COVID-debt when it matures in 10 years. We’d only need an average return of eight per cent. This would be explicitly temporary in the legislation to meet clear debt reduction targets.”

“Not all heroes wear capes. (They’re a hazard in the lab.)” That’s the sort of humour you get from the Canadian Institutes of Health Research when they want to tell you about how scientists in this country are tackling COVID-19 research. Get past the bad joke in the press release, though, and you learn about a feline coronavirus treatment that could work on humans, a drug that couldn’t beat Ebola but might do the trick in this pandemic, and a caution that a vaccine isn’t likely anytime soon.

A slightly reopened border: It’s open just a crack, but at midnight last night the feds started to allow immediate family members of Canadian citizens and permanent residents to cross into Canada. The rules are clear: anyone who sets foot in Canada must self-isolate for 14 days.

Why did that Cyclone crash into the Ionian Sea? Answers are only starting to trickle out of military investigators about what happened to the helicopter that crashed within sight of HMCS Fredericton, killing all six aboard, but a preliminary report retraced the last moments of the CH-148’s flight. The chopper made a “stern to bow pass” on the port side of the ship—in plain English: flew on the left side of the ship, from the back to the front—before turning left and preparing to land on the deck. On its final left turn before that approach, the report only says the Cyclone “did not respond as the crew would have anticipated.” The investigation will focus on aircraft systems and human factors.