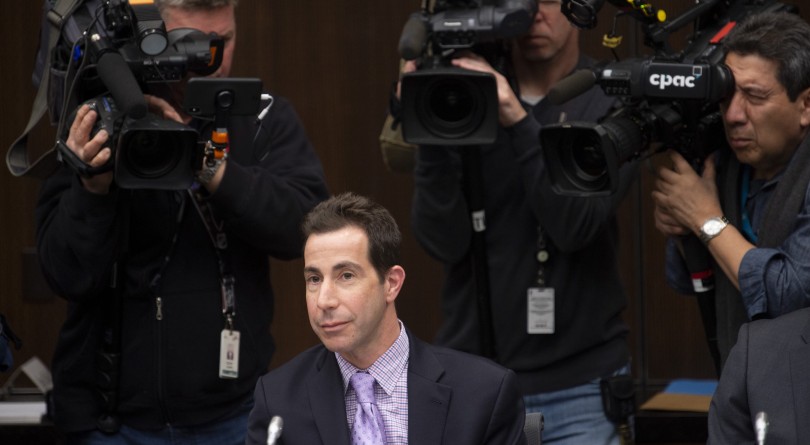 Grounded: Three days after an airline crash in Ethiopia raised questions about the safety of one of the world’s most popular aircraft, and days after many countries first grounded their fleets of Boeing 737 Max 8s and 9s—including all of Europe—it was finally Canada’s turn.

Attention has fallen on Transport Minister Marc Garneau‘s delayed decision to order those models of planes to stay on the ground. At Garneau’s press conference, which came just hours before the U.S. Federal Aviation Authority also grounded the planes, the former pilot and astronaut delivered a clinical explanation of the “new data” behind the government’s decision. But, as Shannon Proudfoot writes, while Garneau’s tone was resolutely keep-calm-for-we-are-carrying-on, the facts he laid out were unavoidably the stuff of deep human phobia. (Maclean’s)

Here’s a look at where Canada’s Max 8 and 9 aircraft were when Ethiopian Airlines Flight 302 crashed shortly after takeoff on March 10. (Maclean’s)

There were 18 Canadians among the 157 fatalities. This is what we know about them at this point. (Canadian Press)

‘The Justin committee’: An emergency televised meeting of the justice committee looking into the SNC-Lavalin controversy ended in howls of “cover-up” and “shame” after the Liberal majority on the committee shut it down less than 30 minutes in. Opposition members want to bring former attorney general Jody Wilson-Raybould back to testify for a second time. The Liberals voted instead to shut down the meeting and wait until a scheduled non-televised meeting to debate Wilson-Raybould’s return on March 19—budget day. During and after the vote opposition MPs unleashed on the Liberals: “Justin Trudeau is transforming the justice committee into the Justin committee,” said Conservative MP Pierre Poilievre. (CBC News)

“All alarms” were sounded at the Organization for Economic Co-operation and Development when Wilson-Raybould testified that she’d felt sustained pressure to help SNC-Lavalin avoid criminal prosecution. Drago Kos, chair of the OECD’s working group on bribery—which said earlier this week it is watching to see how the SNC-Lavalin case unfolds—reiterated that “national economic interest” (Read: 9,000 jobs) should not be considered when prosecutors decide whether to pursue anti-bribery charges: “Only the merits of the case should be taken into consideration and nothing else.” (CBC News)

The NDP’s casual separatist: The federal NDP’s newest candidate in Quebec, Nima Machouf, is a member of the sovereigntist Quebec solidaire provincial party, but when asked if she identifies as a sovereigntist, she replied “Not that much …. I define myself as a progressive.” (Canadian Press)

Kevin Vickers, the former House of Commons sergeant-at-arms who helped end the 2014 attack on Parliament Hill, will announce tomorrow whether he plans to run for the leadership of the New Brunswick Liberals. He retired as Canada’s ambassador to Ireland earlier this month and has mused about taking the position. (Canadian Press)