Paint the town red: the Liberals in Edmonton 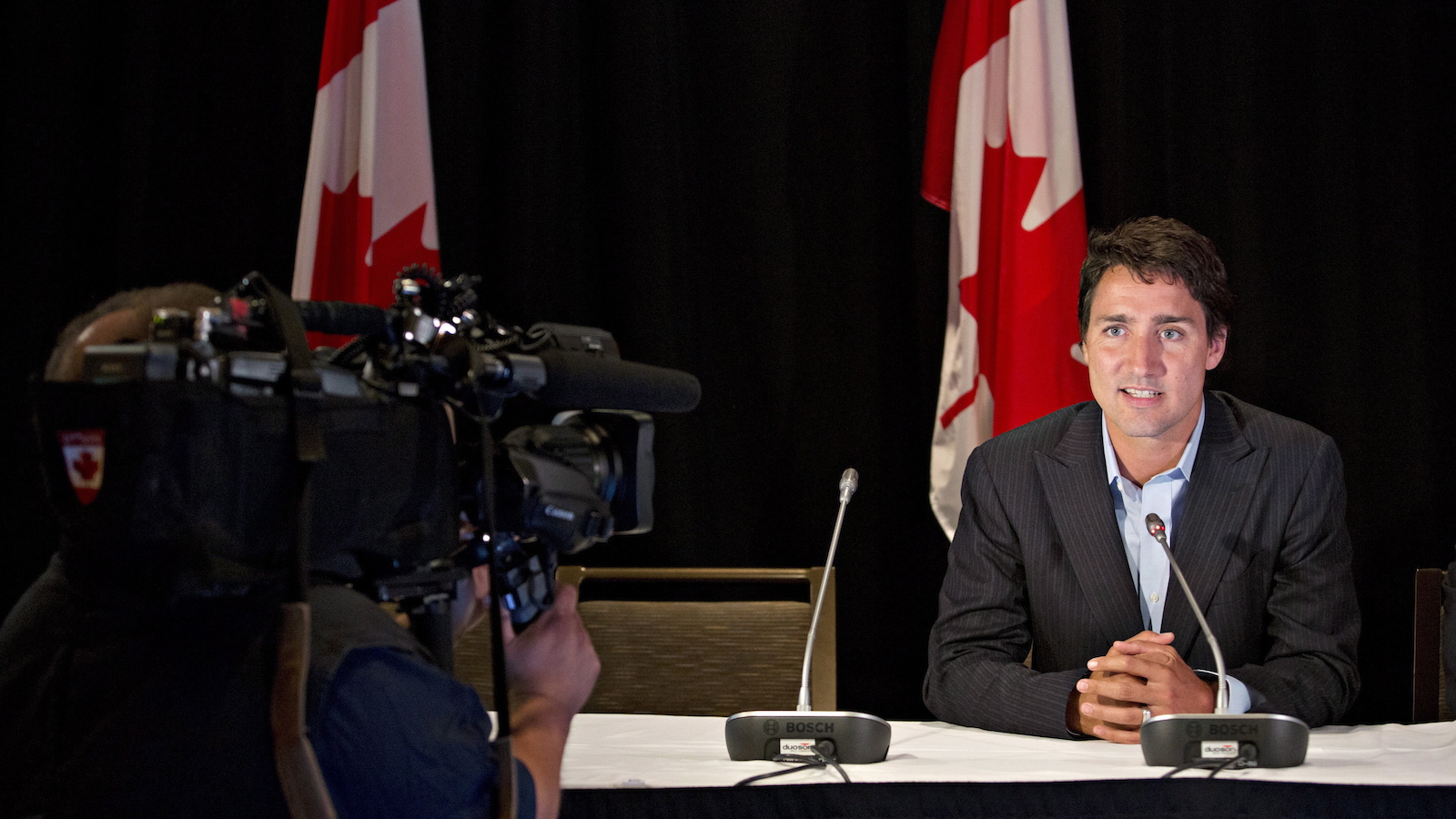 When the Liberal caucus came to Edmonton for its summer retreat, I didn’t think “So they’re invading Alberta.” I thought: “Ah, they’re invading Greater Alberta.” The province is getting extra attention from federal parties because its seat allotment in the House of Commons will swell from 28 to 34 in 2015: that perhaps means more automatic Conservative seats with vote shares of 75 per cent plus, but it also creates finer-grained urban riding maps, opening possible new beachheads in Edmonton and Calgary.

The Liberals know that Edmonton is a Liberal city, a creation of Laurier Liberals that still possesses a faintly visible Liberal caste of doctors and lawyers. Some of the party’s star MPs will spend this week pounding the pavements of Edmonton, trying to bestir the Liberal ghost in the flourishing suburbs. Chrystia Freeland, a celebrated global intellectual still perhaps better known within city limits as Halyna Freeland’s kid, will be preaching the gospel at the University of Alberta Faculty Club. And there will be a similar collective effort in the Liberal promised land of downtown Calgary.

But Alberta is just lines on a map. Economically and politically, much of the B.C. Interior has always shared more in common with Alberta than with Vancouver—so much so that there is significant B.C. secessionist sentiment in the Peace River block. Meanwhile, Saskatchewan has long since dropped the socialist identity that encouraged a half-century of mass westward flight. No, it is not Alberta that the Liberals are trying to reckon with, but Greater Alberta—an invisible mystic polygon that stretches from Fort St. John to Cranbrook in the west, and probably at least as far as Saskatoon in the east. The Liberals are trying to penetrate an empty quarter, not of 34 seats, but more like 40 or 45.

Their “path to 170 [seats]”, a slogan on everyone’s lips at the Edmonton confab, will certainly require some of those. And yet they are feeling surprisingly ebullient. (Who outside Ottawa knew Stéphane Dion could look so cheerful?) All talk of a two-election strategy has been shoved to the side.

Plenty of people have discussed what a counterintuitive choice Edmonton was for a caucus summit: the party has cut off formal relations with its Senate contingent, and so it showed up at the local Westin with no Alberta representation at all, marching behind a leader whose surname is still loathed in Alberta. Justin Trudeau was confronted with the National Energy Program question early in his visit, and gave the only answer he can reasonably give: “I think they’re running against the wrong Trudeau.”

Trudeau II has already said that the NEP was a mistake, and he will probably address the topic head-on again as the election gets closer. In the meantime, the party line is: forget about making a son responsible for the policies of his father. How is market access for (Greater) Alberta’s oil and gas really doing under Stephen Harper?

Harper chose “cheerleading” over negotiation on the Northern Gateway pipeline, goes the talking point, and failed to convince the Obama administration of the merits of Keystone XL. On that last point, it might be observed that the part of the U.S. government which our own government actually talks to, the Department of State, has remained a thousand-percent supporter of Keystone. In any case, the clock is running out on Barack Obama, and the list of likely successors, including Keystone-loving Hillary Clinton and a gaggle of Texan or Texas-associated Republicans, may betoken brighter days.

Nevertheless, the Liberal “What have you done for us lately?” challenge on resources appears to be finding some traction, judging from the June by-election in Fort McMurray. Grit Kyle Harrietha got 35 per cent of the overall vote and probably won outright in the city itself. The Liberals are very conscious of that, and doubly conscious that Cold Lake, a military town beset by serious controversy over airman salaries and veterans’ issues, will be tacked onto that riding under the 2015 boundary rejig.

In the meantime, even as their fundraising boffins cry poor in letters to the membership, top Liberals are privately pleased with a spreading foundation of individual donors. And, believe me, they are definitely chortling over the Conservatives’ problems with legacy database software as they construct their own shiny new information mill. When the visiting Grits held an “open-air phone bank” in Edmonton’s Louise McKinney Park, having the attendees call three past and present registered Liberals apiece, the oddball event was greeted with some confusion and ridicule. Whether or not it got through to the faithful, the intended message was: we’re ready to compete with the Conservatives on the data front now. You don’t have to be embarrassed anymore: we’re not going into the next election with second-best matériel.

On the other hand, data is nice, but strategy rarely survives the pressure of events intact. The Grits have developed a promising form of jiujitsu to deal with critiques of their leader’s inexperience as a statesman, emphasizing Justin’s ordinariness and his ability to empathize with Canadians. More serious, perhaps, are the threats to their tactic of playing on middle-class economic anxiety. When the New York Times runs a headline declaring that “The American middle class is no longer the world’s richest,” with a lede adding “…because Canada’s is,” one might imagine they have a problem.

It is hard to argue that this interpretation of income data reflects the notorious right-wing bias of the NYT and the Luxembourg Income Study, so the Liberals’ intended defence is to delve into nuances. The success of Canada’s resource-rich regions, goes the argument, is masking stagnation elsewhere. The whole developed world might be facing a low-growth future. The Liberals’ favourite economist between now and 2015 will probably not be Thomas Piketty after all, but Lawrence Summers.

The dangers are obvious. Justin Trudeau has to be careful about praising Greater Alberta’s success within Alberta while deprecating it, or suggesting it is somehow unreal or irrelevant, in the Ontario rust belt. Otherwise the brambles might reappear real fast on that “path to 170.” In the meantime, the Conservatives will have an increasingly formidable roll of achievements to tout as their practical, statesmanlike answer to vague economic concern: deals with the provinces on job training, an internal trade agenda, and an array of international trade deals, probably (or so it now seems) including the biggie with the European Union. The Liberals, so chipper and energetic in Edmonton, may look back on their visit as a brief golden moment that preceded a difficult year.