'We want to make sure that we address all potential threats,' says RCMP Assistant Commissioner Gilles Michaud 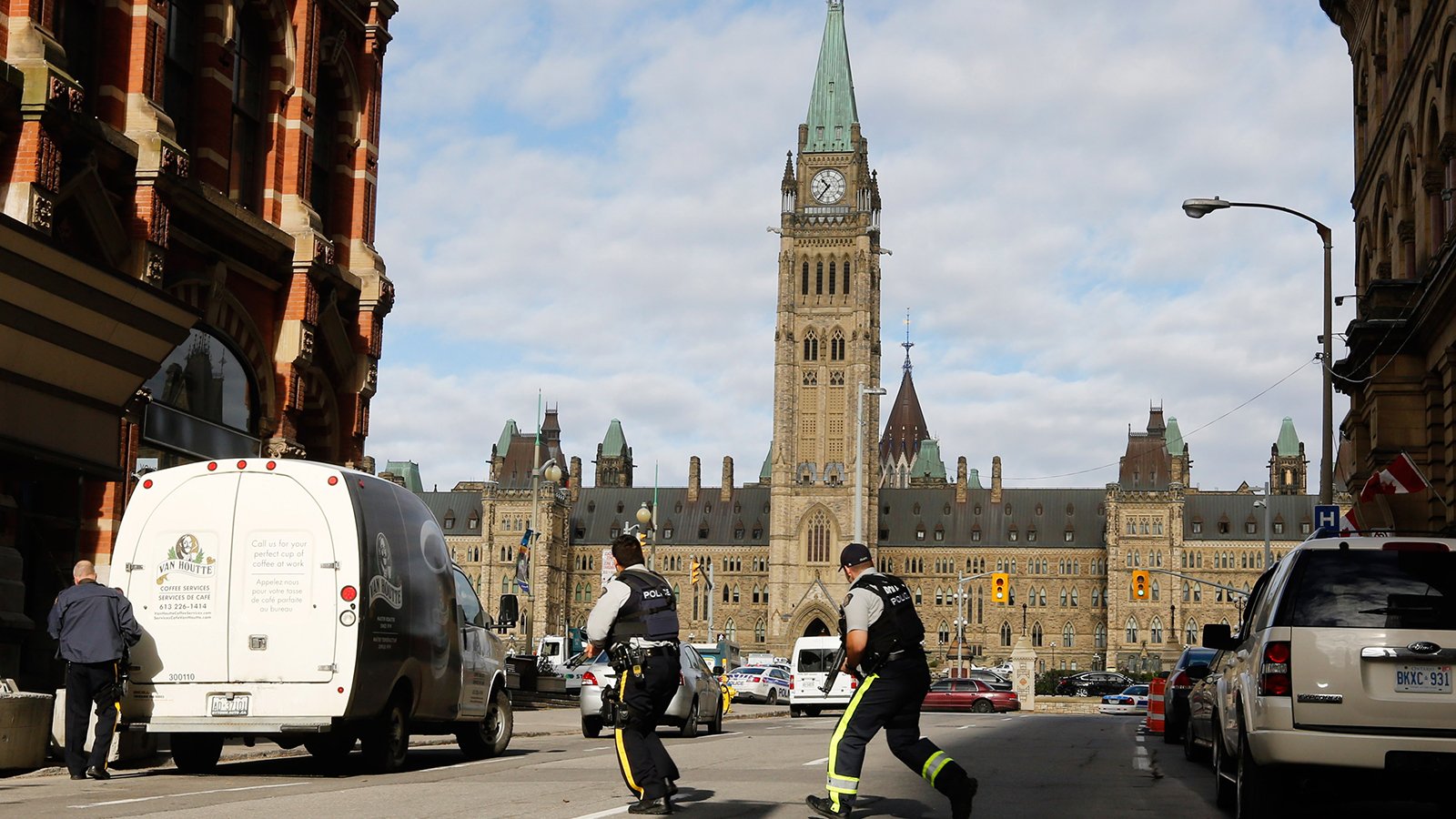 OTTAWA – Highly visible new security measures for Parliament Hill — including some to screen visitors arriving on foot — could emerge from a still-active review, says a senior Mountie.

A year after a rampaging gunman stormed the Centre Block, the national police force and federal officials await the results of two in-depth studies that will be the basis for further changes, said RCMP Assistant Commissioner Gilles Michaud.

“We want to make sure that we address all potential threats,” Michaud said in an interview.

One year ago today, Michael Zehaf Bibeau fatally shot honour guard Cpl. Nathan Cirillo at the National War Memorial before rushing into Parliament Hill’s Hall of Honour, where he was killed in a hail of bullets.

The RCMP was responsible for the grounds of the parliamentary precinct, while House of Commons and Senate security forces had jurisdiction inside the Parliament Buildings.

But Defence Research and Development Canada is quietly working on two studies that could further transform security on the Hill and for about three dozen other buildings in the parliamentary precinct.

One report, to be done by the end of the year, is looking at officer training, exercises and co-ordinating procedures of the newly merged security forces. The other, to be completed by April, is examining possible investments in new security facilities and equipment or other kinds of measures.

“I’m sure that they’re looking at some aspect of how we can better screen people before they come on to the Hill,” Michaud said. “Because we’re doing screening of vehicles, but what about people? Is there a way that that can be done without limiting their access?”

It could mean new features on the Hill that visitors will see as they stride up to the gates.

But Michaud cautioned that wouldn’t necessarily mean setting up guard booths, noting screening could be accomplished through other tools, such as security cameras — which are already being used to some extent.

“There are different ways of doing it,” Michaud said.

Ultimately, options will be presented to the Speakers of the House of Commons and Senate, who retain overall responsibility for Hill security, to see “what they’re willing to live with,” he added.

The goal is to balance security needs with access to a place Canadians and tourists love to visit.

“And we need to respect that,” Michaud said. “Are there ways that we can still respect that fundamental privilege that exists, while ensuring that those that do visit feel safe, and are safe?

“That’s a bit of a juggling act there, and that’s what we’re trying to make sure that we get right.”