Nov. 15: A night of allegations, insults and attacks in Ontario, while a showdown brews between Trudeau the politician and Trudeau the wonk 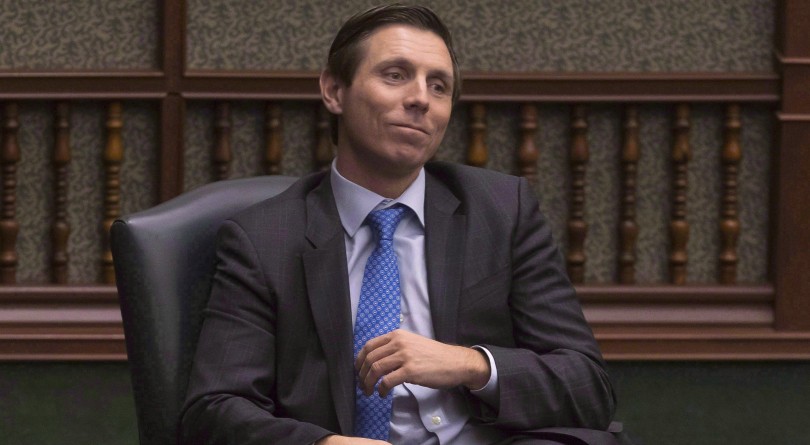 Patrick Brown blew up the political news cycle Wednesday night with his new biography Takedown: The Attempted Political Assassination of Patrick Brown. The former Ontario Progressive Conservative Party leader unleashed allegations, insults and attacks against his “enemies” in the Ontario PC Party—which ousted him earlier this year amid allegations of sexual misconduct—and set off a storm of counterattacks. (Toronto Star)

There’s fresh evidence that Donald Trump will have a big fight on his hands to get the renegotiated NAFTA agreement, or USMCA, through the Democrat-controlled House of Representatives. New Jersey Representative Bill Pascrell, who is set to chair the Ways and Means Trade subcommittee, told Bloomberg that if Trump wants his trade deal passed, there needs “to be not only changes in the legislation but more enforcement.”  (Bloomberg)

Chrystia Freeland, who spent months locked in heated talks with U.S. Trade Representative Robert Lighthizer to hammer out the agreement, is steering clear of the unfolding political drama in Washington. If anything Freeland, who endured public insults from Trump and, reportedly, private enmity from Lighthizer, is more than willing to leave the steaming mess at Lighthizer’s door. “When it comes to the U.S. it was the job of Ambassador (Robert) Lighthizer to negotiate a deal that would be supported in his country,” she told reporters. “Ambassador Lighthizer is a professional and I leave to him the U.S. political process and the U.S. ratification process.” (Toronto Star)

The reviews of Trump’s recent visit to France were universally bad. He’s been criticized for everything from his attacks on French President Emmanuel Macron to skipping a war memorial visit because of some rain—that is unless you asked former prime minister Stephen Harper, who has once again gone to bat for the President. “I don’t think you can fault Donald Trump,” Harper said in an interview while promoting his book in Abu Dhabi. “I don’t think it’s ever reasonable to fault the president of the United States for believing in the United States, any more than I would find fault with the president of France if he believed in France.”:

Harper’s attack on Macron looks like name-calling motivated by partisan ill will. (In what sense is Macron more elitist than Harper himself? I can’t see it.) It is an empty attack, more appropriate for a campaigning politician than a statesman. In the interview, Harper acknowledges that populists like Trump have authoritarian tendencies, but warns against the “much greater risk” posed by Bernie Sanders and Jeremy Corbyn.

And Trump isn’t that bad, he says. (Maclean’s)

Mr. Data: Trudeau never misses an opportunity to remind people that his government is dedicated to “evidence based” or “data driven” policymaking. He marshalled that principle to defend Statistics Canada‘s plan to harvest private financial data from peoples’ bank accounts as a way to better understand the economy. Problem is, Canadians are massively against the idea. A new Nanos Research survey found 74 per cent of respondents either strongly or somewhat opposed to StatsCan hoovering up their banking info without their permission. At some point Trudeau the wonk will have to contend with Trudeau the vote-seeking politician. (Nanos)