Patriotism was the last refuge of scoundrels. YouTube's next.

The new PMO video takes the election campaign to the battlefield 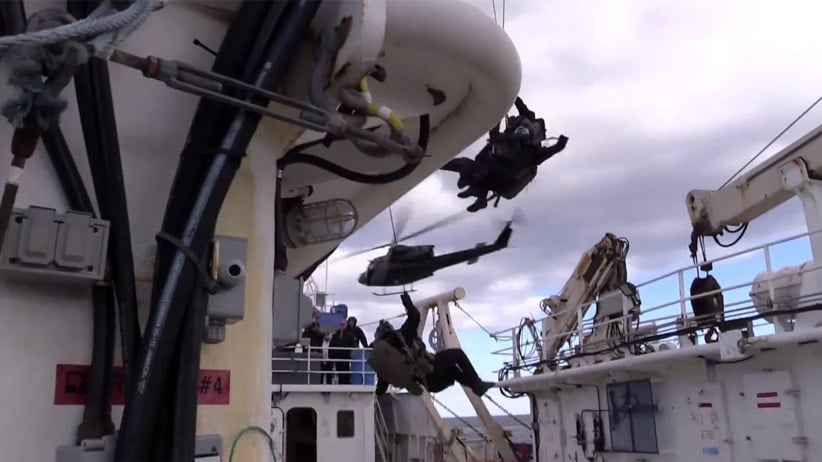 Koo koo ka choo, 24 Seven, once a source of folksy one-stop shopping for weekly video digests of Stephen Harper’s meetings with Tanzanian leaders and Mrs. Harper’s concerns about texting while driving. Get a load of this latest one, which is about how Canada “Stands Strong and Free.”

Among the possible things that could be said about this—(1) it’s terrifying; (2) the music is rather urgent; (3) this has what, remind me, to do with the week the Prime Minister has had?—perhaps the most striking is the following. The video above was released by the PMO today. This one went public as the new Canadian Forces recruiting video yesterday:

Can you tell the difference? I can’t tell the difference. Neither, apparently, can Laurie Hawn, the retired Canadian Forces officer who serves as a Conservative MP for an Edmonton riding. He tweeted the second video, which isn’t a PMO production, as a “24 Seven exclusive,” before getting it right the second time. And well he might be confused, because, at this writing (subject to change at any moment, one suspects), the Canadian Forces video is currently posted to YouTube on the PM’s promotional channel.

I guess we have our simultaneous answer to two questions that have vexed the Hill lately: (1) How eager are the Conservatives to campaign on so-called “security” issues? and (2) Could the line between government information and partisan campaigning possibly be blurred still further? The answers, in order, are (1) really quite eager and (2) oh, of course it can.

A few thoughts. First, it is awfully sweet that some people on Twitter, including a Liberal staffer, were critiquing the skill with which the 24 Seven clip was edited. This is bad news indeed for the Conservatives, if they hope to enter Stephen Harper for advertising trade prizes. But since they’re planning to keep him entered in the “Prime Minister of Canada” category instead, the smirking legions of Monday-morning cinematographers would do well to remember how solid the Conservatives’ record is when it comes to winning despite—or because of?—lousy visuals.

Second, these YouTube videos aren’t the campaign; they’re the endless rehearsal for a campaign. The fact that only a few hundred or a few thousand people seek them out isn’t a bug; it’s a feature: It allows the Conservatives to try dozens of ideas for campaign spots with minimal pressure to succeed. If this works, it’ll be back in more polished form later.

Finally, video like this is defensive, or would be, if the opposition parties were working hard at taking away the Conservatives’ two biggest competitive advantages: economic management and national security. The Conservatives always campaign against their opponents’ perceived strength: Recall their 18-month campaign against Stéphane Dion as an environmentalist in 2007-08. On security, there might be a promising line of opposition attack to the effect that the Conservatives aren’t really tough, that they don’t make Canadians safer, and that they don’t have soldiers on their side. Clearly, this set of arguments is tempting to some opposition hangers-on, who want to talk about the PM’s visit to a wardrobe on Oct. 22. The Conservatives may feel like they need to shore up what should be an area of formidable natural advantage for them. This is the down payment.