Politics Insider for February 7: Dewar's challenge to his former colleagues on Parliament Hill, the next NAFTA charm offensive and the NDP is madly off in all directions 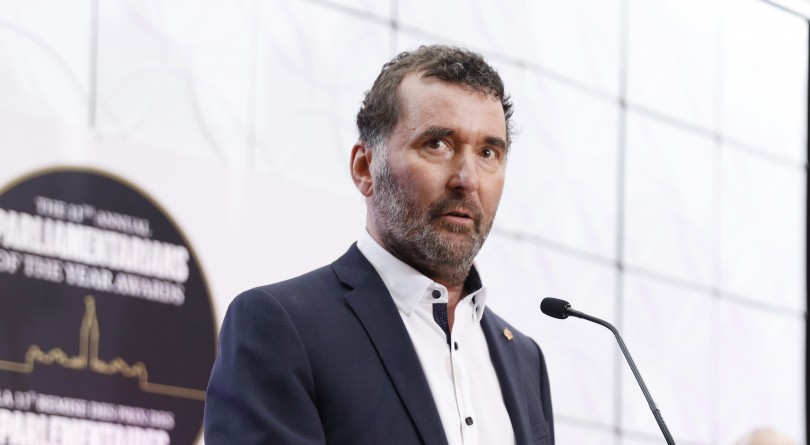 Last November Maclean’s presented former NDP MP Paul Dewar with a lifetime achievement award at the annual parliamentarians of the year gala. Here’s part of what he said that night:

Remember we are all in this together, and we are stronger than any of us is alone. When we are given our mandate today for making a better tomorrow, imagine what would happen if we took our inspiration from each other, not by taking down another Member of Parliament’s personality; rather, we lift ourselves up by supporting ideas for a better future. Please embrace the beauty that exists within all of us, and let that be your guide.

Dewar died yesterday at the age of 56 after being diagnosed with brain cancer early last year. (Maclean’s)

A posthumous message from Dewar was posted on his Facebook page. Read it here.

Charm offensive 2.0: The Trudeau government’s NAFTA charm offensive saw Canadian officials hold more than 1,300 meetings with their U.S. counterparts over a 20 month period, according to newly released documents analyzed by Maclean’s reporter Nick Taylor-Vaisey. But while Republicans accounted for more than 60 per cent of those meetings in the lead-up to the trade deal, the next leg of the saga—actually getting the CUSMA deal ratified—will require winning over trade skeptics like Brian Higgins, the Democratic co-chair of the northern border caucus, who spoke with Taylor-Vaisey:

“How can anybody be confident that Mexico can be trusted and this agreement can be the vehicle through which labour and human rights and environmental standards are increased?” he asks. “The last 25 years has shown no measurable increase.”

Those are strong words from a member of the powerful House ways and means committee that ultimately gives the green light to trade deals. And he’s not alone. Neither party in D.C. has reached a clear consensus on NAFTA or its predecessor, but the Democrats’ progressive wing has wind in its sails—and it’s not clear where an energetic bunch of congressional rookies stand on the trade deal. Ilhan Omar, a first-term Democrat (and the first Muslim-American congressperson), is critical of NAFTA on her website and calls for enforcement mechanisms along the lines of what Higgins demands. (Maclean’s)

It might seem like a simple question: what is the federal NDP’s official position on Canada recognizing Juan Guaido as Venezuela’s president? But as with other issues confronting the party, it depends on who you ask. A day after NDP foreign affairs critics Helene Laverdiere told the National Post the party was “comfortable” with Canada’s decision not to recognize the authoritarian presidency of Nicolas Maduro, NDP Leader Jagmeet Singh said “any decision about the future of Venezuela should be in the hands of Venezuelan people.” (National Post)

Singh had criticized the Trudeau government for its decision last month, so Laverdiere’s declaration marked a flip-flop in the party’s position. Now the flop is flipped again. Just last week Singh also found himself at odds with a potential star NDP candidate when Svend Robinson broke with the NDP’s support for an LNG project on B.C.’s northwest coast.

A fake ad claiming Singh lives in a $5.5 “super luxury home” showed up on websites in B.C., including the Vancouver Courier. The ad, which include a doctored photo of Singh next to an opulent mansion (he actually rents a floor in a Burnaby house) was carried on Taboola, an ad network that pays sites to run sponsored content from its clients. Calling the ad “slanderous” for alleging Singh is loaded, the NDP called on Elections Canada to investigate. (The Tyee, CBC News)

Going? After nearly two decades in federal politics Liberal MP Rodger Cuzner says he was “disappointed” not to get a cabinet position during Prime Minister Justin Trudeau’s recent shuffle and admits he’s not 100 per cent sure he’ll run in the next election: “Well, you know, I’m 99 per cent sure.” (Hill Times)

Gone: Scott Brison, whose resignation as Treasury Board president prompted that shuffle, announced this will be his last week as an MP. (Global News)