Paul Wells: Everything I know about leadership

Advice for a party seeking a leader, from Maclean's Political Editor 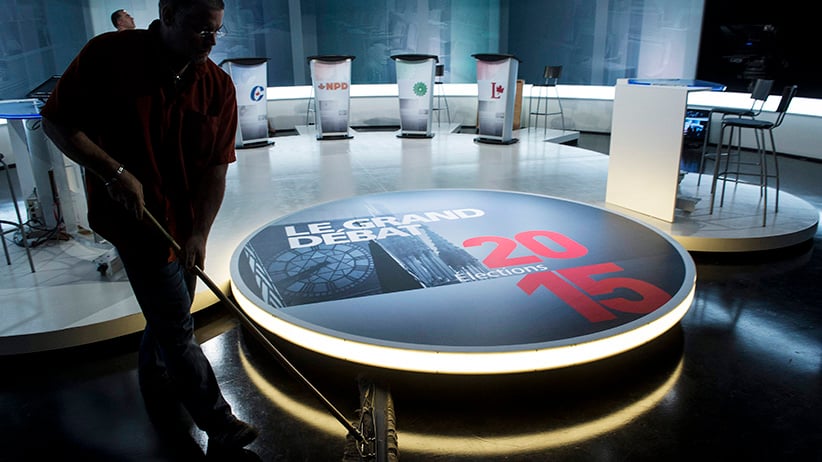 Tom Mulcair’s NDP is trying to decide whether it’s worth their time to oust a leader who doesn’t want to go. Conservatives are wondering whether Kevin O’Leary, who plays the personification of capitalism on TV, will be a candidate for the Conservative leadership. In Quebec, Parti Québécois members who thought Pierre Karl Péladeau would lead them to the promised land are beginning to struggle with weapons-grade buyer’s remorse.

These are all stories about leadership. If anyone in Canadian politics had a formula for making or bottling successful leaders, they’d be rich. What makes a person able to win and succeed in politics? What is it that attracts loyal followers? Can it be taught?

Here is everything I know about political leadership.

Mostly I’ve learned there isn’t one formula. If you have a picture in your head of an ideal leader, you will eventually watch your preferred leader get beaten by somebody who doesn’t match your image at all.

One Saturday morning in 2002 I ran a column in the National Post endorsing Jim Flaherty as the successor to Mike Harris at the top of the Ontario Progressive Conservative party. That night I went to the victory party for the man who’d beaten Flaherty to become Ontario’s new Conservative premier, Ernie Eves.

Eves’s supporters couldn’t believe I’d been more impressed by someone else. Wasn’t Ernie eloquent? (Not particularly.) Wasn’t he charismatic? (Nope.) Didn’t he have real-world business experience? (Not a huge amount.) A prevailing line of speculation at the Eves victory party held that I must have endorsed Flaherty because my paper’s Liberal owners wanted to sabotage the Progressive Conservatives. When I swore I was sincere, more than one Eves volunteer sought to shut down the conversation by saying, “Yeah, sure, whatever. But come on: Premier Dalton McGuinty?”

McGuinty—younger than Eves, all knees and elbows, not profound—was a joke in their mind, and would be seen by the voters to be one. And that would be that. But of course McGuinty did beat Eves, and 12 years later Ontario is still in the grip of a Liberal dynasty.

“Cet homme ne sera jamais premier ministre du Québec,” Lucien Bouchard once said of Jean Charest. “Il n’en est pas digne!” (This man will never be Quebec’s premier. He’s not worthy.) But of course, that choice was not Bouchard’s to make. Quebecers disagreed with him, and Charest ended up serving as premier for twice as long as Bouchard had. You see this pattern all the time. A leader written off by his opponents ends up beating them. It happened to Jean Chrétien (“Is this a prime minister?” his opponent’s ad said, incredulously), and to Stephen Harper, and to Justin Trudeau. Each seemed custom-built for his opponents’ mockery, until he beat them.

So never hurry to write someone off.

But just as it’s possible to underestimate certain leaders, it’s possible to overestimate others. I think that’s likeliest to happen when dealing with a leader who enjoyed great success in some other line of work. Politics is its own set of skills. Just because you owned a hockey team (like Peter Pocklington, the Edmonton Oilers owner who took a pasting at the hands of Brian Mulroney in the 1983 Progressive Conservative leadership race), or just because you used to play on one (the great Habs goalie Ken Dryden) doesn’t mean you have any kind of future in politics. In fact it’s probably a hindrance, because heavyweights from the real world don’t normally come to politics with the abject humility they’ll need to learn the ropes. Yes, this is one of many reasons why Kevin O’Leary should probably keep his day job.

What does work? Strong opinions and an absolutely mammoth ego. Moderation, an eagerness to round edges, and a need to be liked are all overrated. Too many people won’t like you. It works best if you enjoy it. Exhibit A here is the contrast between Joe Clark, whom everyone liked for decades after he stopped winning, and Stephen Harper, whom almost nobody liked during the decade he was unbeatable. It also helps to have some kind of big idea about what you’re in politics to do. A love of the process for its own sake dooms you to life as a strategist. You really have to want to do something with your time in politics.

After I had covered politics for many years, I decided it’s also best if a prospective leader has already lost, badly, at least once. Politics deals all its practitioners the occasional crushing disappointment. An ability to bounce back is handy. How, then, to explain a Justin Trudeau? Perhaps it’s that he’s lost more often than we usually reckon. His parents’ marriage fell apart. His brother Michel died young. He’s popular, for now, but maybe popularity isn’t what drives him. Maybe it’s not on the list of things he needs.

None of this adds up to dependable advice for a party seeking a leader. Trust your gut. If you pick a leader you can’t stand, and then discover voters can’t either, nobody wins. Pick a leader you want to follow. Ideally not Kevin O’Leary.