Paul Wells: 'My bias is all in your head' 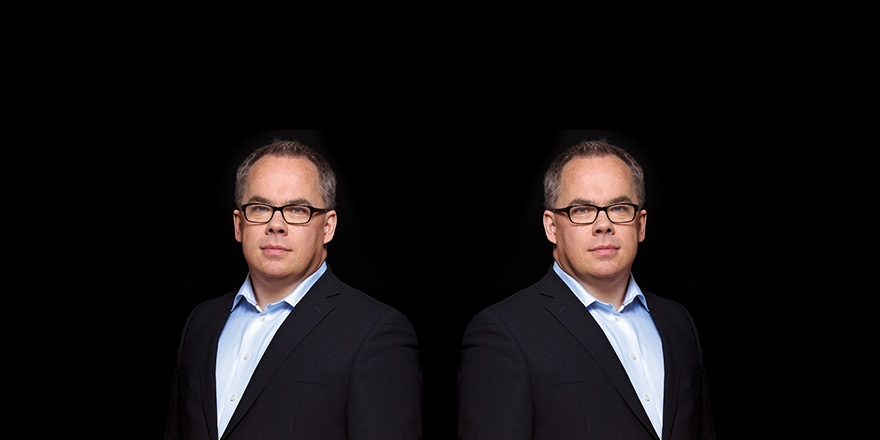 Well, Wells, I see you’ve finally started campaigning openly for your favourite leader. At last the masks have fallen. The gloves are off. The die is cast. You’re nothing but a partisan weenie now. I always knew it.

Thanks. Happy to help. Now tell me who I’m supporting?

Come on. Isn’t it obvious?

To you, it clearly is. But I’m going to need some help. You see, every time somebody accuses me of partisanship, they accuse me of being in a different party leader’s back pocket.

I am not kidding you.

Come on. Everybody knows you’re a Liberal!

Many people agree that I’m a Liberal. Unfortunately, many Liberals I know are pretty sure I hate Liberals. Also there are New Democrats who think I’m out to get them. Greens who think I’m trying to stop Elizabeth May.

You’re a lying piece of —

— Sorry. But come on! I saw that photo of you with Justin Trudeau! Doesn’t that prove that you’re BFFs?

I have photos of me with Stephen Harper if you’d like to see them. Not particularly flattering to either of us.

Who writes your material? Seriously.

My turn to be sorry. I get cranky when people accuse me of campaigning for any party leader. Let me explain why.

First of all, it’s not because I think it would be inappropriate to declare my full-throated support for any political party. I have a fancy title as political editor of this magazine, but I was hired as an opinion columnist. I am paid for my opinions. I am paid for a point of view. And my editors have this odd hang-up: they like it when I get opinionated. If I wrote a piece tonight explaining why Justin Trudeau must be the prime minister of Canada, there’s a good chance it would be on the next cover of Maclean’s.

So accusing me of being in the tank for someone isn’t a problem. It’s just that, since I actually don’t have a strong opinion about who should be the next prime minister of Canada, it bugs me when I’m accused of taking a position I haven’t taken. When I decide to whack the tar out of someone, I’m usually not subtle about it. If I was on the warpath against any party leader, you wouldn’t have to tease it out by reading between the lines for subtle hints and allusions. I’d be writing pieces with headlines like “Harper’s got to go” or “Mulcair must be stopped.”

When I decided in 2010 that the board of the government-funded NGO Rights and Democracy was running the organization into the ground while besmirching the name of a former R&D president who was not alive and around to defend himself, I wrote dozens of articles and blog posts in a rant that lasted two years, until the Harper government finally shut R&D down. When I decided in 2002 that Paul Martin was not a legitimate or particularly interesting successor to Jean Chrétien, I made enemies for life in the Martin entourage because I went on the warpath, and stayed there, for years. There was no subtlety to it.

So when somebody decides a little snark tossed off at their favourite leader is proof of a deep-seated Media Conspiracy, I feel under-appreciated. You think this is a warpath? Brother or sister, you haven’t seen me on the warpath.

And finally, the implication is that a nudge here or there from a columnist can actually change the direction of the nation’s democratic choice. I get a lot of, “You have a lot of power, and you have to use it responsibly.” In fact, I don’t have any power. (As a bonus, I find that being responsible is usually a poor choice.) Stephen Harper has millions of dollars, a more or less guaranteed slot at the top of the nightly news whenever he wants it, and hundreds of supporters and fellow candidates coast-to-coast to amplify his message. And even he can’t seem to catch a break these days. Something I write on Twitter will be read, typically, by about 1,500 people and forgotten by 1,400 of them within five minutes. That ain’t power.

Wait, back up. You say you’re paid for your opinions? But you’re also in charge of political coverage. Doesn’t that impose an obligation on you to be impartial?

No, because (a) I’m not really in charge of our political coverage, I’m mostly in charge of coming up with good ideas for our political coverage. My colleagues write what they want. I agree with some of it. They agree with some of my stuff. Not more than that. (b) We’re not the Supreme Court here. We’re a publication whose first obligation is to be interesting, and if that means being annoying, or maddening, or provocative, we’ll take it.

But you also moderated a debate! Doesn’t that mean you’re not allowed to have any opinions on any of the leaders?

If it does, I guess that was my last debate. 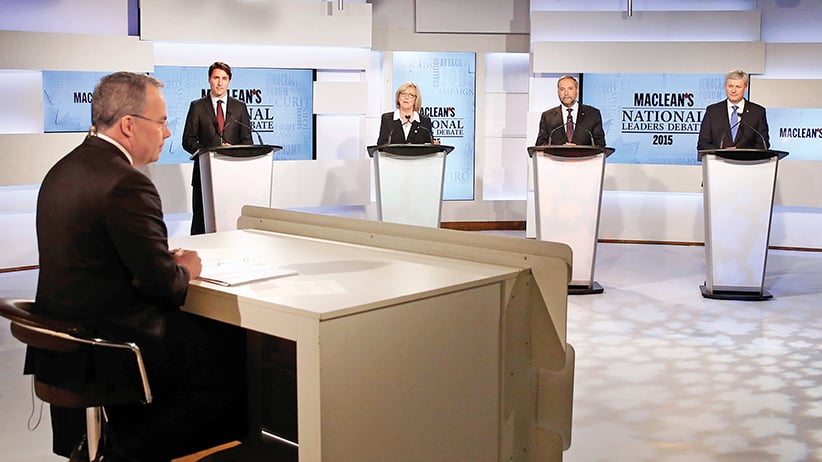 Okay, smart-aleck, if you’re so sure you’re allowed to say what you think, then why won’t you just tell us who you want to win the election? Come clean.

No thanks. First, I legit don’t have a strong opinion on the question of who should be prime minister of Canada this year. They are all imperfect. They all have their charms. But secondly, I’ve learned over the years that most of the time, my opinion about what should happen is the least interesting part of a story. The story is the most interesting part of the story.

Well, take the long-form census. When Harper abolished the mandatory long-form census, I thought that was a really bad decision. But when I wrote my book about Harper, I decided that what would be way more interesting than re-litigating that debate would be to explain, at generous length, why Harper thought it was a good decision. That path took me to arguments in Canadian conservatism going back 30 years, to Margaret Thatcher’s government in the U.K., to an anti-census movement in the United States going back to Franklin Roosevelt’s day, and to rich themes in U.S. popular culture. Learning to shut up and take a back seat like that is a relatively late-breaking improvement in my journalism.

You sure talk a lot.

Yeah, and let me ask this while I’m at it: If you claim you’re not campaigning against my favourite leader, why does everything you write sound like you’re doing precisely that?

Because you’re reading it.

I’m saying it takes two to tango. Social scientists have known for decades about “hostile media effect,” which is the perception, among people with strong opinions on a subject, that an article they’re reading is a rank betrayal of the truth as they see it. As Lauren Feldman at Rutgers University has written, “This is a robust phenomenon, which has been empirically demonstrated in numerous experimental and observational studies across a variety of issue contexts.” Fans of a sports team read game reports as biased against their team. Israeli and Palestinian subjects read the same news article as a betrayal of their side.

I’ve literally never received an angry email from a reader who claims I’m too hard on the candidate they don’t like. I’m always too hard on their guy. Hostile media effect.

So if there’s nothing to accusations of bias, then why are you writing a long dialogue with a fake naive stranger to discuss all these issues?

Well, I can’t help it if those other guys are full of baloney.

Fair enough. The thing that fascinates me is, I get the impression that the explosion of multiple news sources, and their interconnection through social media, has led people to more quickly dismiss a source of news or analysis if it doesn’t match their world view. As though the 21st-century media explosion was a narrowing force, not a broadening force. It used to be (or so it seems to me) that the content and the expression were more important than whether a given writer agreed with you to three decimal places. Now that people can read anything, I guess they don’t feel like putting up with contradiction. I grew up reading, and admiring, George F. Will, Rick Salutin, June Callwood, Mordecai Richler, Andrew Coyne. I’m pretty sure there’d be a slugging match if they ever wound up in the same room together. That wasn’t a problem. Now that people can read anything, a lot of them seem to want to hang out with their own tribe and heckle the rest.