Paul Wells on 'that' photograph

During a live-chat on Macleans.ca in February, Maclean’s political editor Paul Wells discussed a photo that has, for the past two years, been deployed to cast aspersions about his political bias. In the photo, Justin Trudeau pops up behind Wells and Huffington Post Canada’s Ottawa bureau chief Althia Raj. Here what Wells had to say about the photograph: 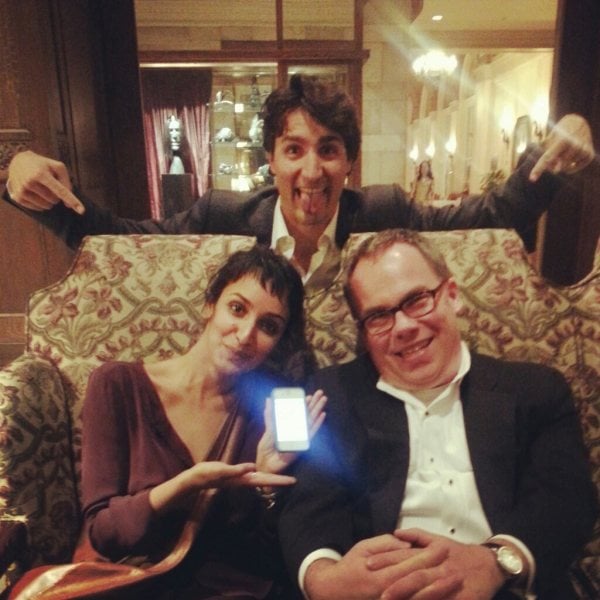 A lot of people seem to think that photo is significant. After like two years, I think it’s fair that I talk about that photo.

It was taken at the annual Politics and the Pen dinner, when members of every party mingle with authors and corporate sponsors, as a benefit for the Writers’ Trust of Canada. My date that night was Lisa (my now-fiancée) as she’s been every year for four years. But the dinner gets boring, so people go out into the Chateau Laurier hallways outside the ballroom to mingle. I saw my colleague Althia Raj from Huffington Post there, and as I do almost every time I see a good young reporter, I plunked myself down next to her to urge her to write books. I’m big on books.

“We should totally photo-bomb these guys,” one or the other said, and so it happened.

The entire transaction took two minutes. I went back to my table.

Later I told Lisa, “Gerry Butts took a stupid photo that Ezra Levant is going to run on his show every night for the next two years.” And indeed it is so.

Now, here’s the thing. A year later, at the same dinner, another photographer took this photo: 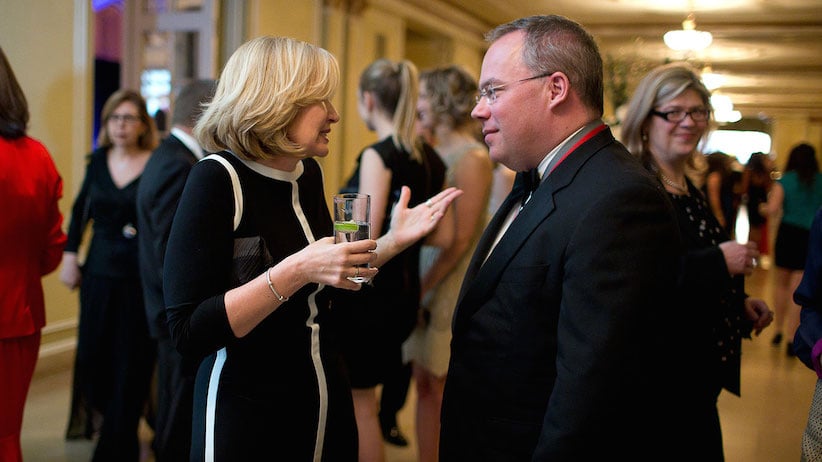 It doesn’t show me getting drunk with my good buddy Laureen Harper any more than the previous one showed me getting drunk with my good buddy Justin Trudeau. I don’t get drunk any more; these people aren’t my friends; but incidentally, for what it’s worth, I’ve had far more conversations with Laureen Harper over the years than I have ever had with Justin Trudeau. But there’s a cottage industry devoted to “proving” the gallery is in the tank with Trudeau, and it speaks to Gerry Butts’s political judgment that he didn’t think about that before posting that photo.

I note that the people who get yuks out of posting that Trudeau photo are, as a very strong rule, averse to reading the English language. If they could read without hurting their lips, they’d see columns like today’s, which is not really a vintage piece of pro-Trudeau propaganda.