Paul Wells on the strange truth about energy policy 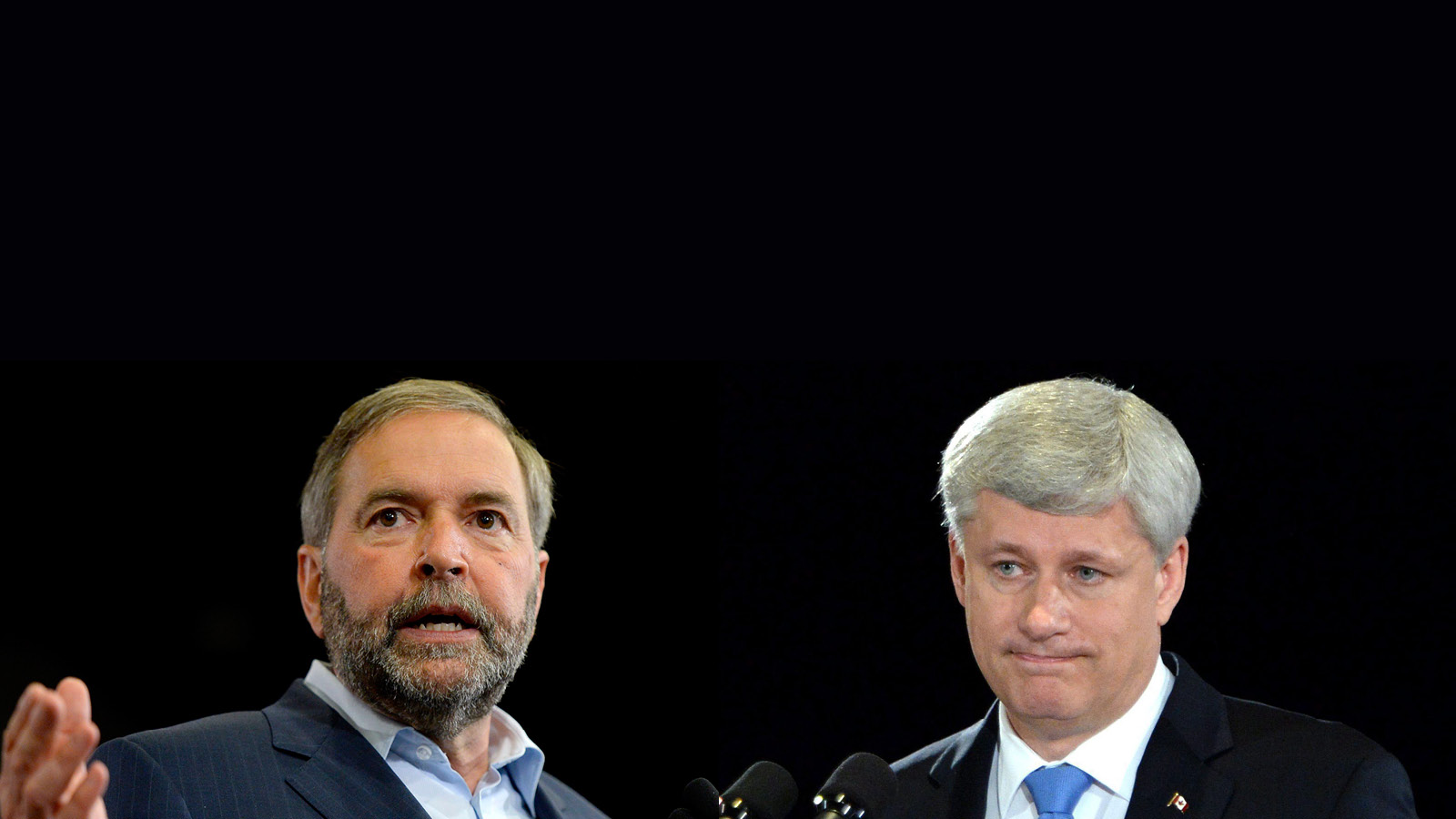 We (and by “we,” I mean “I”) keep insisting that candidates in an election campaign talk about the issues. And then, when they do, it’s almost always too horrible to contemplate.

Take Linda McQuaig. The author and journalist is running for the NDP in Toronto Centre against Liberal Bill Morneau, a former chairman of the C.D. Howe Institute and one of Justin Trudeau’s star candidates. On Aug. 7, McQuaig was on CBC’s Power and Politics show, discussing the previous evening’s big Maclean’s National Leaders Debate. “I think the point,” McQuaig said, “is that a lot of people recognize that a lot of the oil-sands oil may have to stay in the ground if we’re going to meet our climate change targets.”

A lot of things started to happen at once. The show’s host, Rosemary Barton, cut in: “Are you suggesting that’s what should happen?”

McQuaig held firm: “A lot of that oil may have to stay in the ground.”

Michelle Rempel, the Calgary Conservative on the panel, was grimly satisfied. “See? Look at this.” This was the NDP attitude, Rempel said: “ ‘I want to tax this. I want this oil left in the ground.’ ”

Eventually, McQuaig realized the conversation had strayed from the important topic at hand, which was the outstanding work of the previous evening’s debate moderator. “I didn’t say I want this oil left in the ground,” she said at last. “I said we have to have environmental standards.”

Yeah, too late. For a few days, McQuaig played a guest-starring role in Stephen Harper’s campaign speeches. “The NDP is consistently against the development of our resources and our economy,” Harper said in Ottawa. “They would wreck this economy if they ever got in.”

Her campaign manager, Cim Nunn, told the Toronto Star that McQuaig was not apologizing, but that she would dig no deeper. “There was no real separation between what she said and party policy, but it’s fodder for folks in Alberta to misconstrue things.” Nunn said New Democrats want “the tar sands’ opportunities” exploited, but only “in a way that ensures that development and sustainability go hand-in-hand.”

At last, we’re clear. Oil-sands oil “may have to stay in the ground,” says an NDP candidate, and her campaign manager agrees. But she doesn’t “want this oil left in the ground.” And he agrees with that, too! Today’s NDP: It’s a big tent, unless you don’t like tents.

As for Thomas Mulcair, he does mention the importance of making polluters pay and “internalizing the cost” of pollution, but these days, as he tries to sell the NDP to its growth market—a centrist electorate that’s skittish about social democrats—he doesn’t sound much like the sort of guy who’d be leaving any oil in any ground. “Getting our resources to market is critical,” he said in the big Maclean’s debate. Last week, he was back in Toronto with Andrew Thomson, a former provincial NDP finance minister in Saskatchewan, now running in the Toronto riding of Eglinton–Lawrence. Thomson pronounced himself “a strong supporter of our resource-based economy.”

Add up the NDP’s statements on the energy and the environment, then, and they sum to zero. Mulcair, a former Quebec environment minister who won the NDP leadership by blaming the “tar sands” for a “Dutch disease” that was hollowing out Ontario’s manufacturing economy, now calls for oil-based exports that drive oil-based jobs.

And Harper? “I’ll say what I’ve said to people across the country,” he said at the big debate. “A carbon tax is not about reducing emissions. It’s a front. It is about getting revenue for governments that cannot control their spending.” The Conservative leader is always warning about the dangers of other parties forming governments. But that cost is more credible if the incumbent’s policies provide tangible benefit. Harper’s tireless advocacy of oil exports has not led to the approval of any important new pipeline project. You could almost say that, thanks to him, oil’s getting left in the ground.

In fact, that’s his policy. He and his G7 colleagues promised, at their June meeting in Germany, to bring an end to the carbon-based economy by the year 2100. It’s nearly the most meaningless promise in history, but if it means anything, it means any oil-sands oil still in the ground in 85 years would stay there. And even if you only count the oil that’s retrievable using current technology, there’s at least 170 years’ worth of oil down there.

So Harper’s policy is to leave oil in the ground. And Mulcair’s is to get it to market. In their search for the legendary median voter, neither party offers much to the voter who was hoping for some clarity on a major issue. If you’re voting on energy and the environment in this election, to some extent, you’ll cast your vote, hoping the party you support is lying. Conservative supporters hope that when Harper promises to shut down the carbon-based economy, he doesn’t mean it. NDP voters hope that when Mulcair promises to revive the oil patch, he’s kidding. Two more months of campaigning to go.