Paul Wells: This is not a revolution, Mr. Trudeau 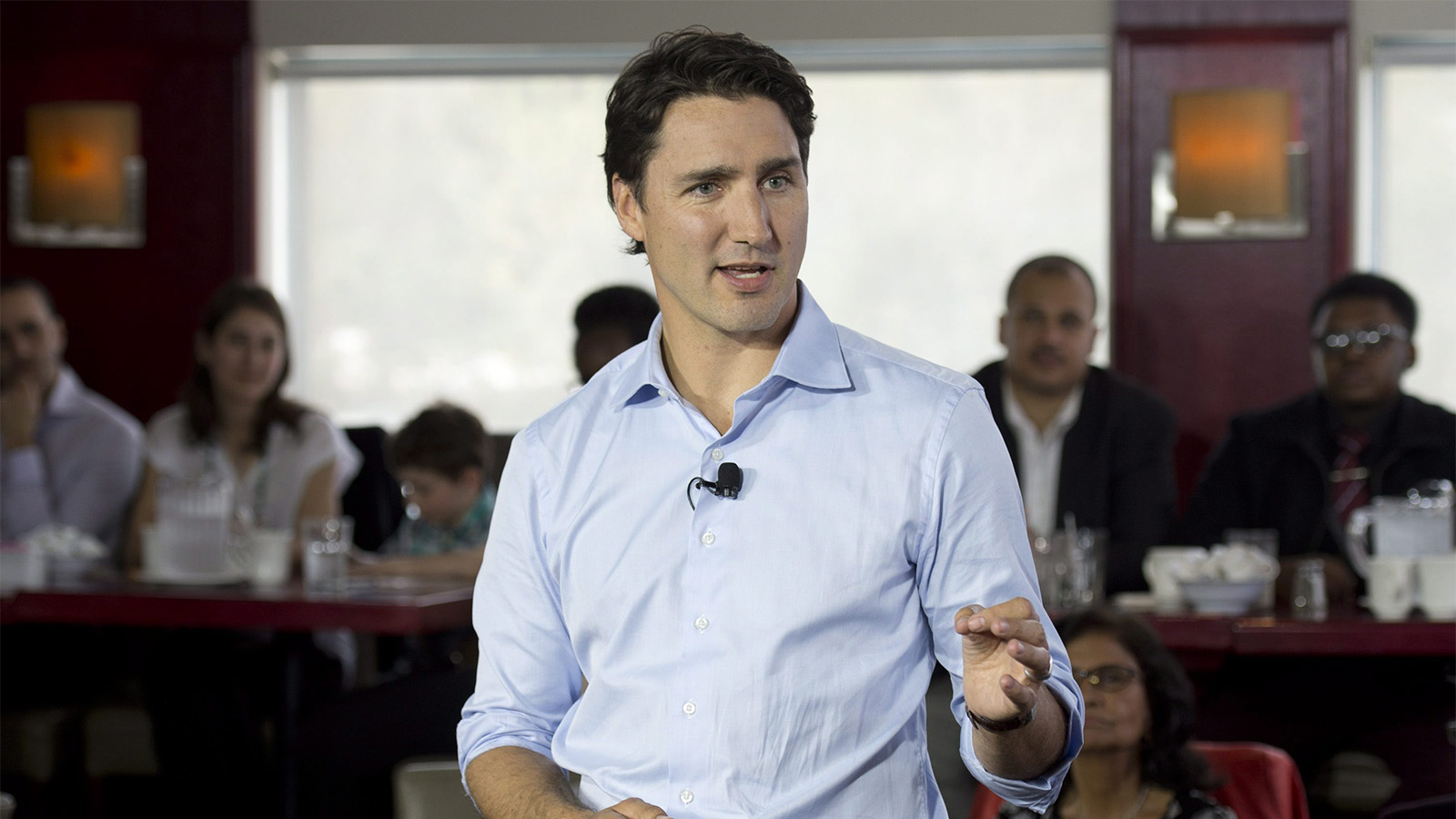 Dinty’s restaurant, a comfy roadhouse on the far side of Gatineau from Ottawa, was full of bright-eyed middle-class families who had gathered for lunch on a recent Monday. Well, half-full. The back half of the restaurant was empty. The middle was packed with reporters and camera crews. The front, featuring the aforementioned bright-eyed families, was part of an elaborate mise en scène by the Liberal Party of Canada. The party’s leader, Justin Trudeau, was making an announcement.

Trudeau has been squeezed lately by competing impulses. On one hand, the desire to save his best campaign material for the election campaign, which everyone now knows will take place in the autumn. On the other, the worry among some natural Liberal supporters that if Trudeau is not talking about his ideas for governing, it’s because he has none. The announcement at Dinty’s was designed to quiet some of the complainers by putting some ideas in the window.

“Today I am excited to be sharing with you two big parts of our plan,” Trudeau told the reporters, standing in front of the photogenically arrayed families.

First, he said, he’d increase taxes on a small number of the most affluent Canadians so he could cut taxes on incomes between about $45,000 and $89,000. “That’s a $3-billion tax cut for the people who need it most,” he said. Not for each of the people who need it most, mind you. Because at $3 billion per head, that would add up. The cut from 22 per cent to 20.5 per cent on this second income bracket would amount to roughly $1,000 per person in that bracket.

This is classic economic populism. The new top rate of tax, essentially a four-point income tax hike for people earning more than $200,000, would sting. But it would sting people who earn a lot of money and are hard to feel sorry for. Canadians who’d benefit from the cut in the middle are far more numerous than those who’d pay for it at the top. So as long as Canadians are self-aware—as long as they know how much they earn and how much tax they pay on it—it makes political sense to increase taxes on a few and cut them for many. There’s precedent. In 1993 Bill Clinton introduced a new top rate of 39.6 per cent on incomes over $250,000. The U.S. economy didn’t do badly for the rest of that decade.

That was half of Trudeau’s announcement. The rest was a new Canada Child Beneﬁt to replace assorted family benefits that have been in place under Harper. For a lot of families, Trudeau’s proposed child benefits would be more generous than those they receive now under Harper. How would he pay for that? Partly by cancelling income splitting. Partly by coming up with $2 billion in “new investment,” the source of which Trudeau didn’t explain. It’ll come up when he releases his full platform later, he promised.

First, I’ve been quick to criticize Trudeau plans that, to me, make no sense. The top of that list would include his so-called “Medicare approach” to a federal role in supporting provincial efforts to limit carbon emissions. As far as I can tell that plan wouldn’t work at all. But his income tax scheme is clear enough, and it creates more winners than losers. It’s odd that it cuts the second-lowest tax bracket, rather than the lowest: it’s a plan to help the not-too-poorly-off. Basically if you can’t afford lunch at Dinty’s, then good luck to you. But that’s a choice, and now that Trudeau has suggested it, he forces the other parties to defend their own choices. Elections should be about that sort of thing.

But what strikes me most about Trudeau’s populist tax shift and his family benefit is how much they resemble Stephen Harper’s choices, not how much they contrast. A decade ago, Liberals enjoyed running against Harper on a plan to create new, government-regulated daycare spaces. Trudeau hinted he might announce some such plan before this autumn, but he’s committed so much money to enriching Harper’s family benefits he won’t, in any circumstance, have much left over for daycare spaces.

Both the tax shift and the enhanced child benefits represent change at the margin. Trudeau is free to depict them as a revolution, but it just isn’t so. I intend no criticism here; it’s just something worth noting, because it suggests the extent to which, even under a guy named Trudeau, the Liberals have been chastened by the events of the past decade. Harper conservatism envisages a federal government that mostly just redistributes money from some parts of the country to others that enjoy more favour in the eyes of the governing party. Trudeau would redistribute the money in different ways. There’s a real choice between the two, and Tom Mulcair’s NDP will offer still another. But what Trudeau proposed at Dinty’s was a long way from the sort of government his father used to run. These days, Trudeau Liberalism is closer to Harper Conservatism than it is to anything Justin Trudeau learned at home growing up. Both he and Harper have a substantial electoral interest in denying their similarities, but they’re there.