Payday problems for civil servants to be resolved by October

Fixing the issues that impact as many as 80,000 civil servants won't be cheap 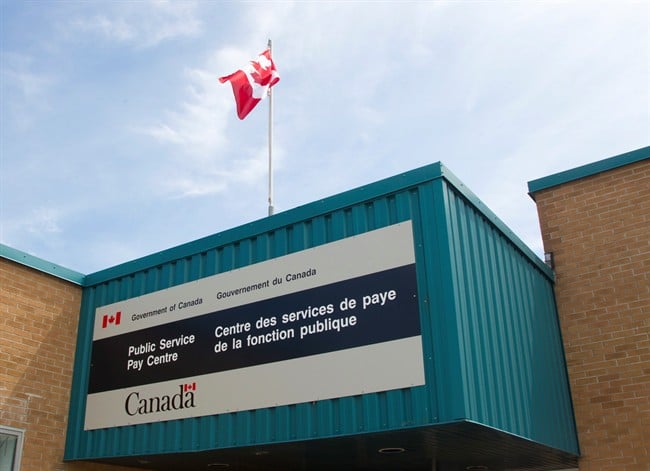 The Public Service Pay Centre is shown in Miramichi, N.B., on Wednesday, July 27, 2016. Federal officials say they expect to have resolved all of the pay delays created by the government’s problematic Phoenix pay system by the end of October — but undoing the damage won’t be cheap. THE CANADIAN PRESS/Ron Ward

OTTAWA – Federal officials say they expect to have resolved all of the pay delays created by the government’s problematic Phoenix pay system by the end of October — but undoing the damage won’t be cheap.

Dealing with the months-long debacle, which has caused serious payday headaches for tens of thousands of civil servants, will cost an estimated $15 to $20 million, deputy public works minister Marie Lemay told a news conference.

Some 1,100 of the more than 80,000 problem files identified last week have been closed, Lemay said.

That includes the 486 government workers who were provided with back pay on Wednesday after having gone for months without compensation.

Another 234 employees will see their paycheques in two weeks, Lemay added.

To speed up the process of eliminating reported pay holdups, the government is opening satellite pay offices in Winnipeg, Montreal and Shawinigan, Que., as well as hiring more staff in Gatineau, Que.

The Phoenix pay system oversees the payment of 300,000 federal public servants. More than 80,000 workers have either been overpaid, underpaid or missed entire paycheques since Phoenix launched in February.

The House of Commons government operations committee is also holding an emergency meeting later today to examine the Phoenix problems.

Last week, the federal privacy commissioner announced a formal investigation into a privacy breach linked to Phoenix earlier this year.

Auditor general Michael Ferguson will also review the planning and implementation of Phoenix; 13 public service unions are asking the Federal Court to rule that the government must pay public servants properly and punctually.