Maclean's is your destination for the 2015 election. Start with our in-depth primers on the issues that will dominate the election, including pensions

Anyone curious about why Stephen Harper’s Conservatives seem so eager to please older voters need only consider the following data from Statistics Canada: In 2011, the voter turnout rate was about 50 per cent among people aged 18 to 24, a few percentage points higher among 25- to 34-year-olds, but leapt to 70 per cent for 45- to 54-year-olds, and crested at a remarkable 82 per cent among potential voters between 65 and 74. No wonder the government touts policies such as allowing retired Canadians to split their pensions for tax purposes.

The seniors debate could turn partly on the government’s decision to move the starting year for old-age benefits from 65 to 67. The Conservatives said the measure would ensure the long-term sustainability of the pensions and benefits system. That claim is refuted, though, by a Parliamentary Budget Office report that found the system was already financially sound. The government made the announcement in 2012, three years before the coming election, but opposition parties haven’t let up on the issue.

NDP:  The party frames seniors’ issues in the context of aging. The party hopes to bolster affordable housing for low-income seniors, expand home care, give tax breaks to caregivers, and provide old-age benefits at 65 years of age—not 67, which the Tories prefer. The party’s national strategy on aging outlines a spate of legislative proposals advanced by NDP MPs since 2011.

Liberal:   Justin Trudeau dismisses Tory seniors’ policy as a series of “mean-spirited attacks” on older Canadians. Trudeau has pledged to return the starting year for old-age benefits to 65, and he’s committed to preserving pension income-splitting for seniors. The Liberal leader would hold first-ministers’ meetings on enhancing the Canada Pension Plan. Conservatives have slammed his pledge to boost CPP benefits as entailing a large increase in the mandatory contributions working Canadians would see deducted from their paycheques.

Green:  They support the return of old-age benefits to 65-year-old Canadians, but the party’s broader plan replaces various social-security benefits with a Guaranteed Liveable Income. The GLI wouldn’t affect the Canada Pension Plan or Employment Insurance programs. The Greens support a CPP expansion, in consultation with provinces, as well as a mechanism that allows voluntary CPP contributions. 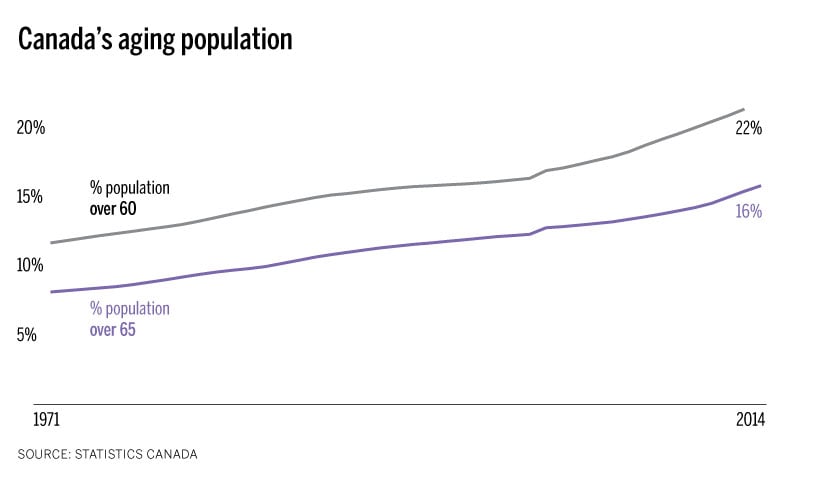 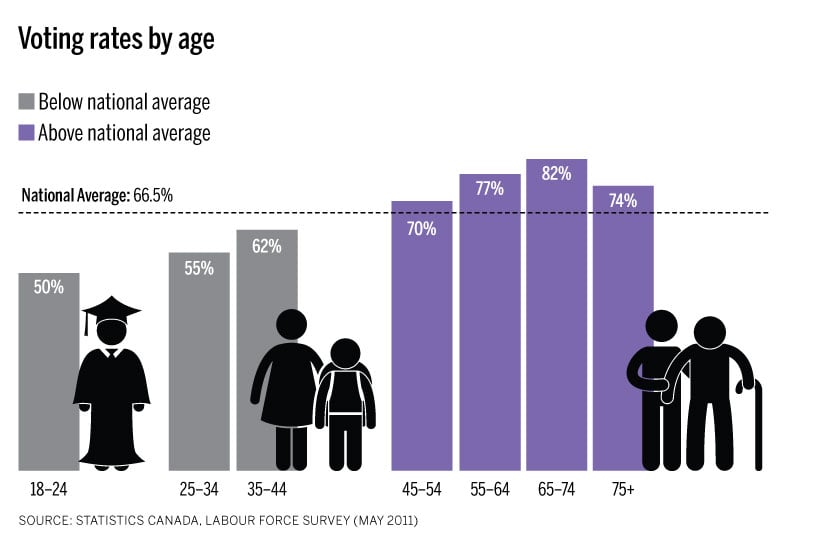 “The biggest pensions issue in Canada today is that most middle-income private sector workers do not have a workplace pension plan to supplement their OAS/CPP government pensions. (Low-income workers don’t need a workplace plan, as they are covered by the GIS.) This coverage problem leads to two possible consequences: Some of these workers will under-save for retirement. Others will save, but pay fees far too high for the privilege, possibly costing them half their pension over a 40-year accumulation period.”
—Keith Ambachtsheer, KPA Advisory Services