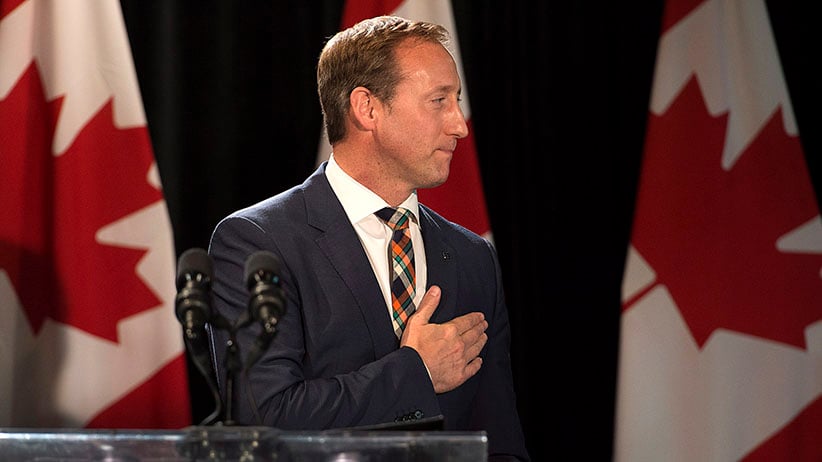 Federal Justice Minister Peter MacKay announces his resignation in Stellarton, N.S on Friday, May 29, 2015. MacKay, the MP from the riding of Central Nova, was first elected in 1997. THE CANADIAN PRESS/Andrew Vaughan

OTTAWA — Now that the dust has settled from the federal election campaign, what has happened to former Conservative cabinet minister Peter MacKay?

He’s now with the Toronto law firm of Baker and McKenzie — but is refusing to rule out a return to politics.

MacKay told The Canadian Press that going back to practising law was always part of his plan.

He will move to Toronto, but MacKay will keep his home in Pictou County, Nova Scotia where he grew up and launched his political career.

MacKay says the time is right to move to the private sector and begin the next phase of his career.

Following the Conservative defeat in last fall’s election, MacKay’s name was bandied about as a possible successor to former prime minister Stephen Harper.