Politics Insider for Jan. 27: MacKay officially enters the Tory race, the coronavirus is officially in Canada and Mike Pompeo officially had a meltdown 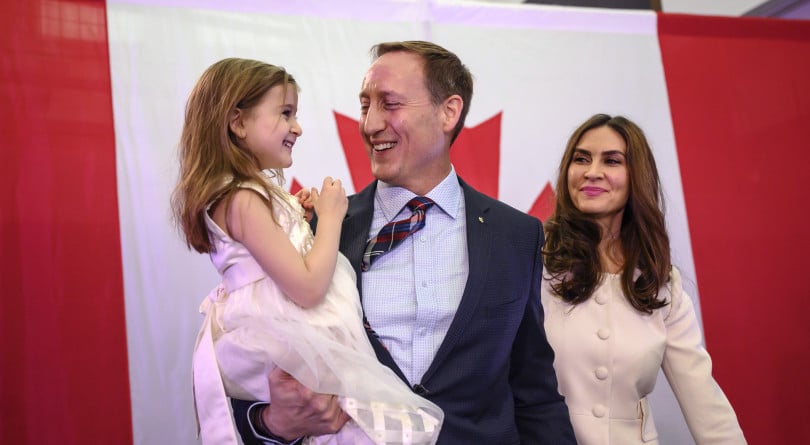 On Saturday, Peter MacKay officially kickstarted his campaign to be leader of the federal Conservative party. His launch event, in Stellarton, Nova Scotia, in his former riding of Central Nova, featured a speech touting the role of First Nations, immigrants and industry in building Canada, as well as the campaign’s logo, which ranks among the more interesting campaign logos of recent memory. Although, as one Twitter user pointed out: once you see the M’s, you won’t be able to see anything but “mmmkay.” For those curious, the event was live streamed on Facebook.

With Pierre Poilievre and Rona Ambrose officially out, the race is looking like MacKay’s to lose. Erin O’Toole, who finished third in the last Conservative leadership race behind Andrew Scheer and Maxime Bernier, is expected to launch his campaign today, according to a video he posted on Twitter with the caption, “Let’s go.” (After MacKay similarly announced “I’m in,” one has to wonder if two-word Twitter declarations are the new normal for Tory candidates.) Though O’Toole is the MP for Durham, Ont., he’s launching in Alberta, perhaps hoping to garner support from the Prairies that MacKay won’t.

Other candidates still worth watching include Michelle Rempel, who has yet to announce, and Marilyn Gladu, who is upset at her campaign’s lack of media coverage. “I think that there’s been more attention paid to those that have not yet announced, and they get lots of press,” she told iPolitics. “I think that it’s not fair and it doesn’t necessarily look good on the media because they should be promoting women in politics.” The comment seems to neglect how much media attention Ambrose got, and is perhaps more indicative of name recognition than sexism, but her point is still taken.

Provincially, new surveys indicate Doug Ford’s Conservatives are slipping behind the currently beleaguered Ontario Liberals. As 338 Canada’s Philippe J. Fournier sums up in Maclean’s, a majority of Ontarians are siding with teachers during the current round of strikes, which is not doing Ford’s party any favourability favours.

Did you fly from Wuhan to Toronto this past Wednesday? If so, health officials would like to speak with you, in the wake of Canada’s first case of the coronavirus. A 50-year-old man, now effectively quarantined at Sunnybrook hospital, experienced dry coughing and muscle aches on the flight. With unfortunate timing, Canadian officials began health screening for coronavirus symptoms at Toronto’s Pearson airport the day after this man arrived. That means the 30-odd people who sat within a two-metre radius of the man can expect a phone call this week. As for anyone sitting farther away, Toronto’s chief medical officer, Dr. Eileen de Villa, says not to worry: “We encourage people who were on this flight and who do not have signs of illness to continue with their routine activities.” The broader public should also be vigilant but not too concerned.

Today is International Holocaust Remembrance Day, marking 75 years since the liberation of the Auschwitz-Birkenau concentration camp. Numerous events will be held across the country and internationally. Governor General Julie Payette will be in Poland for its official ceremony, mourning the death of 1 million Jews murdered there.

In an interview Friday with NPR’s Mary Louise Kelly, U.S. Secretary of State Mike Pompeo got more than a little mad after his interviewer changed subjects from Iran to Ukraine. You can read the full official transcript here, but the juicy part happened after the cameras stopped rolling. Here’s how NPR summed it up:

Immediately after the questions on Ukraine, the interview concluded. Pompeo stood, leaned in and silently glared at Kelly for several seconds before leaving the room.

A few moments later, an aide asked Kelly to follow her into Pompeo’s private living room at the State Department without a recorder. The aide did not say the ensuing exchange would be off the record.

Inside the room, Pompeo shouted his displeasure at being questioned about Ukraine and asked Kelly to identify the country on a map, which she did. He used repeated expletives, according to Kelly, and asked, “Do you think Americans care about Ukraine?” He then said, “People will hear about this.”

In a statement Saturday, Pompeo disputed NPR’s account of the interaction.

In Pompeo’s statement, he called the whole fiasco “another example of how unhinged the media has become in its quest to hurt President Trump” and alleged that Mary Louise Kelly pointed to Bangladesh, not Ukraine, when instructed to find the country on a map. “It is worth noting that Bangladesh is NOT Ukraine,” he clarified for her in his statement.

The Iranian issue, however, is far from solved. On Sunday, three missiles hit the U.S. embassy in Baghdad. No groups have claimed responsibility, though Washington suspects Iranian-backed military factions. There are no casualties reported, but the Iraqi prime minister and speaker in parliament both condemned the attack, warning it could lead to an all-out war.

In a final bit of American political news, Donald Trump made history as the first sitting president to speak at a March for Life rally, addressing a crowd of thousands near the Capitol building on Friday. “We’re here for a very simple reason,” he said. “To defend the right of every child born and unborn to fullfil their God-given potential.” In the 2016 election, 81 percent of Evangelicals supported Trump.

Finally, in non-political news that is still the biggest of the weekend, Kobe Bryant died yesterday in a helicopter crash along with his 13-year-old daughter, two other passengers and the pilot. Dense fog made visibility poor, according to TMZ, which led to the pilot accidentally flying into a mountain at 1,700 feet in the air. RIP, Black Mamba.