Political nastiness got you down? We offer our annual respite from partisanship.

This year's Maclean's Parliamentarians of the Year awards will feature a raft of prizes, including a lifetime accolade to former NDP MP Paul Dewar 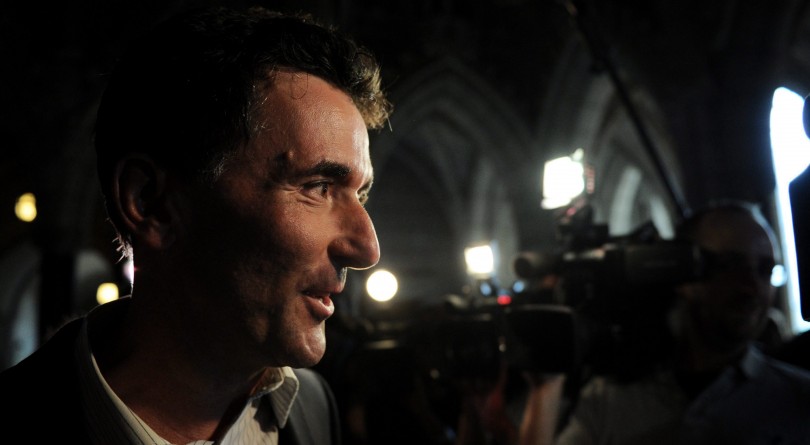 With less than a year to go before the next federal election, a short, harsh word is in the air around Canadian politics. “We are now looking,” Prime Minister Justin Trudeau told Liberals recently at a fundraiser in Toronto, “at perhaps what will be the most divisive and negative and nasty political campaign in Canada’s history.”

Similarly bracing his supporters for nastiness, Conservative Leader Andrew Scheer told Tories gathered in Ottawa: “The Liberals are going to throw everything they have at us. It’s going to get worse, it’s going to get nasty.”

Of course, nasty is always lurking around politics. But in the age of Donald Trump, political insiders and engaged voters alike are particularly attuned to the possibility of vigorous debate spiralling downward into vicious invective. Social media amplifies anger and division as never before. It’s into this anxious environment that Maclean’s announces the 11th installment of our annual Parliamentarians  of the Year award. It’s always an evening of surprises, but this much we know from experience: our awards event at Ottawa’s iconic Chateau Laurier on Nov. 5 will be the surest nastiness-free zone Canadian politics.

As usual, the award winners are decided by members of Parliament. We asked them to fill out a ballot between late September and late October. MPs nominated their peers from within their parties and, especially, from rival partisan stripes. In a break with tradition, we’re announcing the three finalists in each subject category in advance.

Each of these eight awards is meant to highlight an attribute voters look for in an exceptional MP—and that parliamentarians themselves admire in each other. Our top accolade, the Parliamentarian of the Year Award, goes to the MP who collected the highest number of points in balloting across all categories. This year’s three top points-getters are Nathan Cullen, Gérard Deltell, Kevin Lamoureux.

We also bring a sense of the history and heritage of national politics to the awards by selecting a former MP each year for our Lifetime Achievement Award. This year, we’re revealing that winner in advance: former NDP MP Paul Dewar, who earned respect that obliterated party lines while representing Ottawa Centre from 2006 to 2015. After politics, Dewar took up causes including the promotion of democracy and better health care internationally. It was a sombre day on Parliament Hill last spring when he announced that he’s suffering from terminal brain cancer.

Dewar will bring not only his own rich experience and deep sense of perspective; he also reminds us of the continuity and community that’s at the heart of what’s best about Parliament Hill. He is close to Ed Broadbent, the former NDP leader who was our 2016 Lifetime Achievement Award recipient, and was a friend of the late Flora MacDonald, the Conservative trailblazer who received the award in 2014. Asked for a hint of what he might say on awards night, Dewar spoke about the need for more cross-party amity in federal politics.

As an MP, Dewar often focused on foreign issues, and he recalls how MPs tended to leave the most divisive kind of partisanship on the tarmac when they travelled together abroad. “Wheels up,” he said, “and there was a different relationship.”

He said there’s no reason MPs can’t feel similarly united as Canadians aiming to serve when they are at home. “I have confidence in 99 per cent of members of Parliament,” he said. “They got into politics to make a difference.” Musing about what needs to change to make that happen, he laughed at how he might come off sounding “maybe too naïve.” Maybe. But at least not nasty.