Pour out a pint of oil for 'em: Teck's Frontier is dead 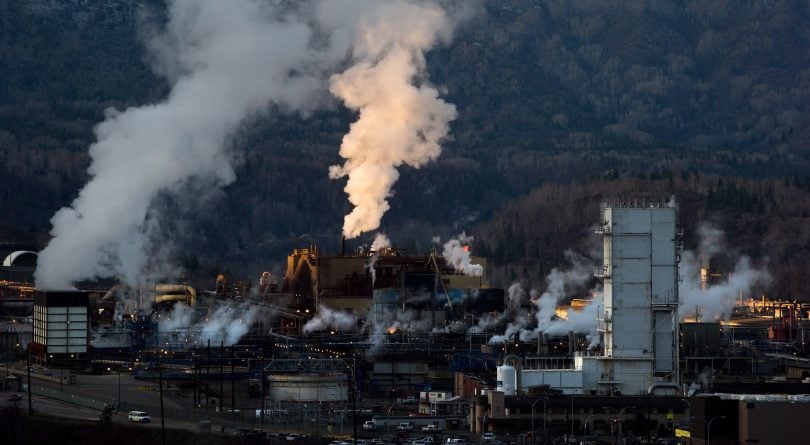 Teck tapped out. Late Sunday night, the Globe and Mail broke the story that Teck Resources would withdraw its proposed Frontier oil sands mine after months of controversy. The $20-billion project has long been a flashpoint between Alberta Premier Jason Kenney and the federal government, as Kenney demanded Justin Trudeau make the mine, and the thousands of jobs it would create, a reality. However, even if the government approved the mine (it wasn’t a sure thing, but federal cabinet ministers were expected to decide on Tuesday), it would have only led to a major battle between climate activists and the 260,000-barrel-per-day project. Citing the political climate around the environmental climate debate, Teck decided to cut its losses.

Speaking of those climates… After weeks of optimistic messaging about discussion and reconciliation with First Nations, Justin Trudeau gave an about-face press conference on Friday, sternly demanding the end of the railway blockades. But little changed on the ground over the weekend. The RCMP said they would temporarily close their outpost in Wet’suwet’en territory in B.C., but that olive branch did little to appease the Wet’suwet’en hereditary chiefs who are protesting the multibillion-dollar gas pipeline proposed to run through their land. Meanwhile, in Ontario, the provincial police ordered the Tyendinaga Mohawk near Belleville, who have been staging their own solidarity protest since Feb. 6 and paralyzing Canada’s rail system, to tear down their blockade by midnight on Sunday or face an investigation and possible charges. And in Vancouver, a new solidarity protest sprang up to block another railway for several hours on Sunday, though that crowd dispersed once police served them an injunction order at 4 p.m.

Even when I predicted on Tuesday this would happen (“Will Trudeau always be eager to put patience ahead of a smoothly functioning transportation network?… [I]t wouldn’t be the first time this government has swallowed itself whole”), I imagined the flip-flop would take at least a few weeks. And surely the length of a display of patience must matter, if anything does, if there’s any hope for believing that there is such a thing as substance and that this government isn’t entirely reducible to a succession of talking points and a volunteer army of social-media cheerleaders. When Mackenzie King decided in November 1944 to implement military conscription, it was two and a half years after a national referendum gave him the right to do so. I get that modern life is faster, but four days?

Policy wonks gettin’ dronk. This weekend, the Progressive Conservative Party of Ontario held its annual policy convention in Niagara Falls. This year, it was a far bigger affair than the name suggests. For one, pro-union protesters rallied outside the convention centre, casting a shadowing over all the Tory fun and reminding the public about ongoing strikes affecting school districts across the province.

While most of the conference was closed to the public and the media (House leader Paul Calandra said the party wanted to keep policy deliberations “within the family”), Premier Doug Ford used the weekend as an opportunity to announce his re-election campaign for 2022. “Good jobs, safe streets, and a government that works for the taxpayer, not the other way around,” Ford said in his speech. “My friends, the 2022 campaign starts today.”

Indeed, the event was so tightly wound that a security guard brusquely tried to cut off a live hit by CBC News reporter Mike Crawley. Crawley, professional as ever, repeatedly side-stepped the guard to try and finish his sentences. But before haters could start a proper pile-on, Crawley (still very professionally!) clarified the situation on Twitter:

“Please note: no evidence the security guard was acting on orders from the @OntarioPCParty. I believe he works for @sccniagara Convention Centre. A party official eventually called him off. Two of Premier Ford’s top staff quickly apologized to me, said it shouldn’t have happened.”

A tale of two hotel rooms. One last thing about why this year’s conference mattered more than most: it presented a huge opportunity for federal Conservative leadership candidates to gather signatures and raise funds from the 1,000-odd delegates who registered to attend the event. (A reminder: to appear on the federal ballot, candidates need $300,000 and 3,000 signatures from across the country.) Front-runners Peter MacKay and Erin O’Toole held dueling “hospitality suites” on Friday night, literally across the hall from one another in the Niagara Falls Marriott, each inviting party insiders to mingle over free-flowing alcohol. Marilyn Gladu held hers the following night, presumably for anyone not hungover after the first. Underdog candidates such as Rick Peterson, Rudy Husny, Richard Décarie and Leslyn Lewis also attended, though we have no reason to believe they offered as much booze.