Voter support has held steady for Trudeau, despite blowback from the payout to Omar Khadr. For that, the Liberals can thank the economy. 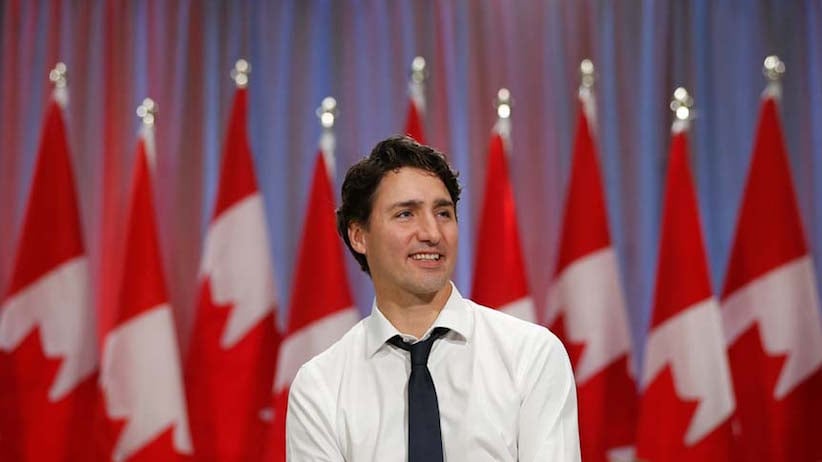 We have news of a new poll this morning that may come as a surprise. A large-sample online survey by Abacus Data, conducted entirely after news leaked of the Trudeau government’s $10.5 million settlement and apology to former Guantanamo Bay inmate Omar Khadr, shows voter support for the Liberals holding steady at 43 per cent.

That’s the same level of support Abacus found for the Liberals in May, and three points higher than the party scored in the 2015 federal election.

Conservative support is up four points in the first Abacus poll since Andrew Scheer became the party’s new leader in late May. That support seems to have come essentially at the expense of the NDP, which is down four points from May. The Conservatives now stand at 31 per cent, down one point from the party’s 2015 election score, while the NDP continues to slump at 16 per cent, down three points from 2015.

This Abacus survey was conducted online with 2,036 Canadians aged 18 and over from July 14 to 18. (Two Liberal cabinet ministers announced the settlement on July 7, but the Globe and Mail reported on the settlement three days earlier.) Data were weighted to ensure the sample matched Canada’s population according to age, gender, educational attainment, and region. The margin of error for a comparable probability-based random sample of 2,036 is +/- 2.2 per cent, 19 times out of 20.

So what’s going on? Abacus asked respondents about the Khadr settlement directly, but have decided not to release those numbers until Friday. But already there are hints. Abacus found approval of the government’s general direction is up slightly, as are impressions of Trudeau’s performance on the job. (Scheer has lower positive and negative impressions than his predecessor Rona Ambrose, and is also lower on both measures than Trudeau. This is the classic profile of a new leader about whom many Canadians haven’t yet formed opinions.)

A strong possible explanation for the Liberals’ endurance, Abacus CEO David Coletto said, is that Canadians’ mood on the economy is improving fast. In January 2016, only 28 per cent of respondents felt the economy was growing. That figure is now up to 68 per cent, up 14 points since the beginning of 2017. Positive feelings about economic growth now outnumber fears that the economy is shrinking in every region of the country, at every income level and in every age group.

In a release accompanying the poll, Coletto said: “Despite a series of difficult decisions by the federal government, we find little evidence that Canadians feel any worse about the government today than they did in May. The government’s approval rating is up slightly, its share of the vote remains stronger than it received at the last election, and most Canadians are feeling good about their current and future economic prospects. The Liberal party’s electoral coalition of young, urban and suburban middle-class voters, new Canadians plus well-educated Boomers remains intact.”

None of this is a direct measure of Canadians’ reaction to the Khadr deal in itself, nor do any poll results constitute a prediction about how voter opinions will evolve as debates continue. The 2019 election is still more than two years away. But for now economic optimism is strong, and in the early aftermath of the Khadr settlement, that optimism seems to be shielding the Liberals from nasty political fallout.