'Inclusive diversity is a strength and a force that can vanquish intolerance, radicalism and hate,' Trudeau tells a London audience 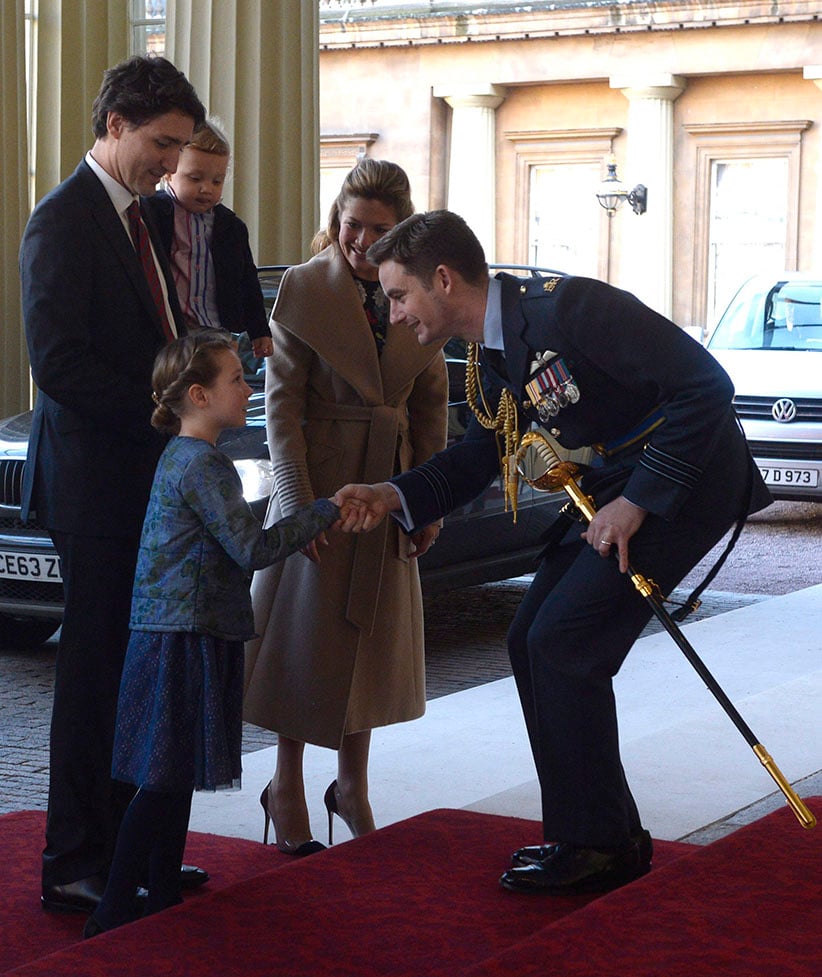 LONDON — Prime Minister Justin Trudeau is using the international stage and a London audience to pitch his Syrian refugee plan as an example of Canada’s unique diversity to the world.

“We have a responsibility — to ourselves and to the world — to show that inclusive diversity is a strength and a force that can vanquish intolerance, radicalism and hate,” Trudeau told a well-heeled crowd at Canada House in central London.

A day after his government revealed its hotly debated plans for bringing 25,000 refugees to Canada from the devastating, years-long civil war in Syria, Trudeau made an impassioned and highly political appeal that plumbed many of the themes of the October election that vaulted his Liberals to power.

The message provided a sobering counterpoint to his morning audience with the Queen, where Trudeau presented his two youngest children Ella-Grace and Hadrien just as his own prime minister father, Pierre, had once introduced a young Trudeau to the monarch.

The Buckingham Palace visit leavened what is proving to be another heavy week of international diplomacy for the freshly minted Canadian leader.

With the Syrian refugee file on the boil, events in the Middle East continue to spiral following the downing of a Russian fighter jet this week by Turkish forces.

Trudeau’s sweeping speech to a crowd that included Mark Carney, the Canadian governor of the Bank of England, a number of captains of industry and members of the House of Lords, attempted to wrap all his government’s themes under a single banner: Diversity.

He argued that a thriving middle class is the key to making Canada’s diversity work.

“Economic disaster manifests itself in many ways,” said Trudeau. “Fear and mistrust of others who are different is one of the most common, dangerous expressions.”

He said Canada faces a constant debate between those “who would have us retrench, close ranks, build walls” and those who recognize that the country’s strength lies in its multicultural, polyglot nature.

The prime minister, who is on his second whirlwind tour on the international summit circuit in as many weeks, is to leave the United Kingdom on Thursday for Valetta, Malta, where the 54-country Commonwealth is holding its leaders’ summit.

Related reading: What fish have to teach the Paris climate conference

He has said he’ll be working to encourage some of the Commonwealth members to step up their ambition on fighting climate change, while others in the organization are only too aware of the dangers from rising sea levels posed by global warming.

Malta’s prime minister will hold a special session on the issue on Friday.

Trudeau and many of the other Commonwealth heads will then move on to France, where French President Francois Hollande has invited world leaders to open the 21st United Nations climate conference, or COP21, on Monday.