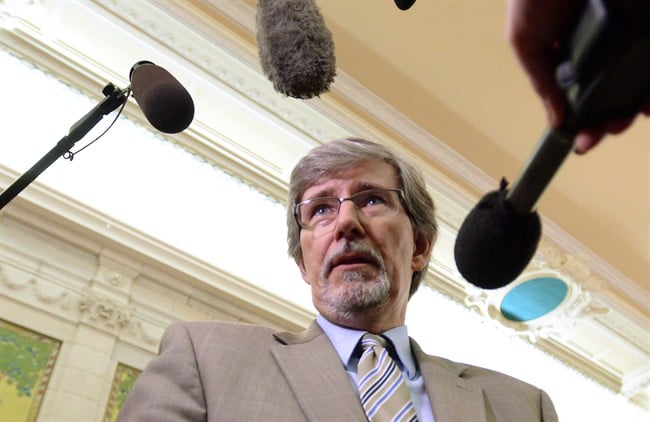 But privacy commissioner Daniel Therrien is not waiting to conclude the investigation before taking action to protect the privacy of Canadians.

Therrien has provided preliminary recommendations to the government aimed at better protecting the privacy of people who participate in the MyDemocracy.ca survey, spokeswoman Valerie Lawton said Wednesday.

Lawton confirmed that Therrien’s office will investigate a complaint about the survey and hopes to have the issue resolved as quickly as possible.

The survey runs to the end of the month.

MORE: The making of MyDemocracy.ca

“We are confident the steps we are taking through MyDemocracy.ca are protecting personal privacy,” John O’Leary said.

“Sharing demographic information is entirely voluntary and optional on MyDemocracy.ca. We look forward to working with the privacy commissioner and reviewing any recommendations the commissioner may make. Will continue to do all we can to protect privacy while empowering Canadians in this important conversation about electoral reform.”

The MyDemocracy site does not ask respondents to reveal their names, but it does ask them to disclose gender, age, highest level of education attained, occupational work area, combined household income, first language learned, level of interest in politics and current events and whether they identify as a member of a specific minority group.

Respondents are also asked to provide their postal codes so that their region of residence can be determined — a request that some critics worried would be enough to identify individuals.

The website’s privacy policy says the personal information is needed to ensure that the results of the survey are representative of the Canadian population.

Initially, that policy advised respondents that providing personal information was voluntary, but that “not answering these questions will result in your input not being included as part of the overall results of the study.”

It has since been updated to advise that the input of those who don’t answer the personal questions won’t be included as part of the weighted results of the survey but will be included in the aggregate results.