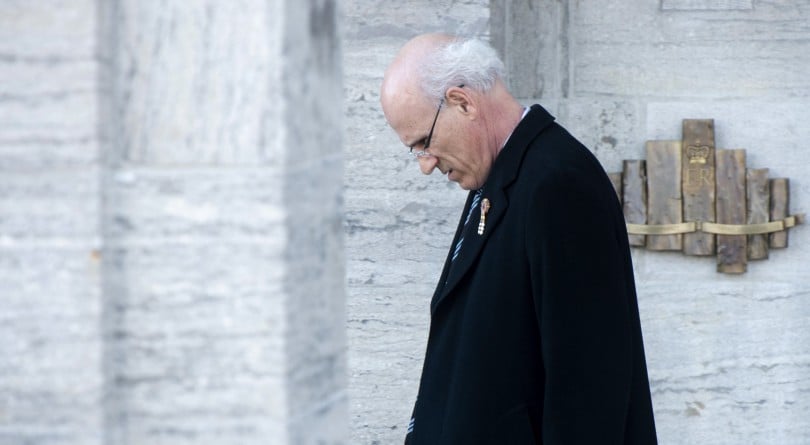 Clerk of the Privy Council Michael Wernick leaves Rideau Hall following a cabinet shuffle in Ottawa, Monday March 18, 2019. Wernick, clerk of the Privy Council - the country's top bureaucrat - is leaving his job, telling Prime Minister Justin Trudeau in an open letter that recent events show him there is no path for a "relationship of mutual trust" if the Conservatives or NDP form the next government.THE CANADIAN PRESS/Adrian Wyld

OTTAWA – Michael Wernick — the country’s top bureaucrat — is leaving his job, telling Prime Minister Justin Trudeau in an open letter that recent events show him there is no path for a “relationship of mutual trust” with the opposition parties.

Wernick has been clerk of the Privy Council since 2016, shortly after the Liberals assumed office.

But he has come under fire in the past few weeks after being accused by former attorney general Jody Wilson-Raybould of being among a number of officials, including Trudeau and his senior staff, who pressured her to head off criminal charges for SNC-Lavalin.

RELATED: Michael Wernick quits before the next election: Full text of letter to PM

Wernick has maintained everything he did was within the boundaries of acceptable behaviour for his job of aiding the prime minister and cabinet as a non-partisan public servant.

In his letter, Wernick says he plans to leave his post before this fall’s federal election campaign kicks off, partly because the clerk needs to be viewed as “an impartial arbiter of whether serious foreign interference has occurred” as part of a new federal watchdog panel.

Trudeau thanks Wernick in a statement for his nearly 38 years in the federal public service, and says Ian Shugart, currently the deputy minister of foreign affairs, will replace Wernick.