Provinces to Trudeau: It's always about you 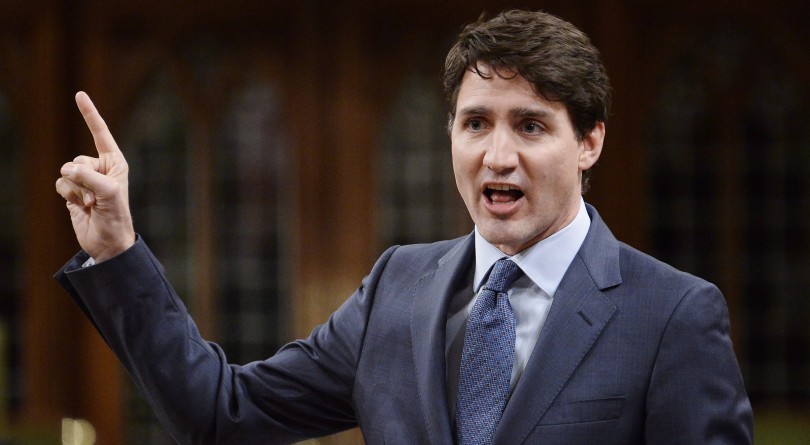 Prime Minister Justin Trudeau rises during question period in the House of Commons on Parliament Hill in Ottawa on Tuesday, Dec.4, 2018. THE CANADIAN PRESS/Adrian Wyld

Ahead of Friday’s first ministers’ meeting, the attendees are already at each others’ throats. The feds and the provinces can’t even agree on who should be allowed to attend a pre-meeting luncheon on Thursday—Ottawa says just the Prime Minister and premiers with one note taker, while the provinces want each leader to bring in an official. The main dispute though is over the agenda of the meeting. The provinces have a broad set of complaints they want to bring to the table—pipelines, carbon taxes, the GM plant closure and oil prices—but none of those things are spelled out in the agenda. The Trudeau government, meanwhile, wants to make the meeting about issues it views as important: competitiveness, clean energy initiatives and greater economic collaboration. “If the agenda doesn’t change, the premiers will change the agenda during the meeting itself,” Manitoba Premier Brian Pallister said Wednesday. (CTV, Canadian Press)

As far as Raj Grewal and his lawyer are concerned, they’re done explaining the former Liberal MPs millions in gambling debts, how the money was repaid, his name appearing on wiretaps of a money laundering investigation, and his use of his position on a finance committee to urge a higher reporting threshold for financial transactions before they need to be flagged to authorities. In short, everyone can just butt out. “This is now a private personal family matter,” Grewal’s lawyer Joel Etienne said, after clarifying that the money was borrowed from “family and friends” and “repaid back only by family.” (Toronto Star)

If the Trudeau government gets its way, the David Suzuki Foundation should be granted intervenor status at the upcoming Saskatchewan Court of Appeal fight over his government’s carbon tax, but the Canadian Taxpayers Federation and Jason Kenney’s United Conservative Party should not. (Global News)

At the funeral for former president George H. W. Bush, Brian Mulroney delivered an emotion eulogy. If you missed it, you can see the video at Maclean’s or read the transcript.

President Bush’s decision to go forward with strong environmental legislation, including the Clean Air Act that resulted in the acid rain accord with Canada, is a splendid gift to future generations of Americans and Canadians, to savour in the air they breathe and the water they drink; in the forests they enjoy and the lakes, rivers and streams they cherish.

There’s a word for this: it’s called leadership. Leadership.

And let me tell you that when George Bush was president of the United States of America, every single head of government in the world knew that they were dealing with a gentleman. A genuine leader. One who was distinguished, resolute and brave.  (Maclean’s)