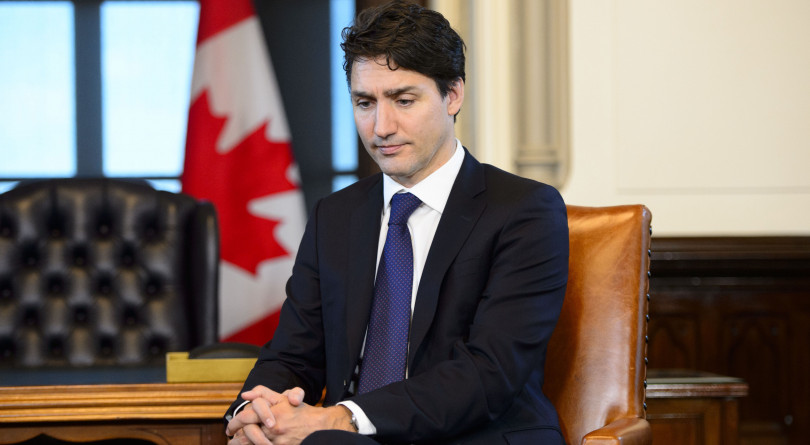 Carbon clash: Jason Kenney’s election in Alberta last week poses obvious challenges to Prime Minister Justin Trudeau‘s carbon-tax and rebate mechanism, writes Paul Wells, but prime ministers have always had to face the unexpected. The question now is whether Trudeau will double down on his climate plan, or adapt to fast-moving events. (Maclean’s)

For Trudeau, there’s a carbon silver lining in this week’s P.E.I. election. Even though it brought the defeat of yet another Liberal government, incoming premier-designate Dennis King of the Progressive Conservatives said he won’t be joining his fellow conservative premiers in opposing the federal carbon tax: “I believe Islanders want us to participate in a carbon-reduction plan.” (CTV News)

Party on, judges: Liberalist is a decade-old database used by the federal Liberal party to track and target supporters during election campaigns, but it turns out the Prime Minister’s Office has also found another use for it: vetting potential judges. Citing confidential documents, the Globe and Mail reports the PMO has been using it to look into the partisan background of applicants for judicial positions after they’ve been evaluated by the seven-member judicial advisory committee. A PMO spokesperson defended the vetting: “All judicial appointments follow our new, open, independent, transparent and merit-based process. Political activity or donations have no impact on a person’s candidacy or selection for a judicial appointment. Our government has appointed people that have donated or been involved with parties of all political stripes.”(Globe and Mail)

Waste not, war not: In the wake of Philippine President Rodrigo Duterte‘s threatened war against Canada over scores of containers of Canadian garbage shipped there in 2014, Canada’s environment minister moved to defuse the conflict. “We’re working very hard to address the issue of the garbage,” Catherine McKenna said Wednesday. “I think that there is a solution that can be found in the coming weeks.” (CBC News)

Same old, same old: Jody Wilson-Raybould, the former Liberal and perennial thorn in Trudeau’s side, isn’t letting up. Speaking alongside fellow ex-Liberal Jane Philpott at the B.C. First Nations Justice Council on Wednesday, Wilson-Raybould took aim at the Trudeau government for failing to live up to its promises to Indigenous peoples: “My fear and disappointment is that despite sounding the alarm, providing the advice, pushing and challenging, sharing perspectives of lived Indigenous experience… the federal government has fallen back once again into a pattern of trying to ‘manage the problem’ with Indigenous peoples and make incremental shifts rather than transforming the status quo.” (CTV News)

Unreal: For any organization hosting a public event, few things convey authority and standing like a welcome letter to participants from the Prime Minister. And when you can’t get that, fake it. At least that was the approach of the official-sounding yet thoroughly dubious Tibetan Association of Canada, a pro-China entity which boasted a welcome letter from Trudeau for its inaugural celebration in Toronto on April 20. The letter, marred by the kind of bad grammar one might find in a phishing email, circulated on social media and sparked anger among Canada’s genuine Tibetan community before being called out as fake by the PMO. Now officials are investigating the letter and the association, which was registered as a non-profit on April 20 and claims as its official address a vacant retail shop in Markham, Ont. that’s currently for sale by a “motivated seller.” (Toronto Star)