The Liberal innovation minister on how he'll pitch the 'supercluster' plan, picking economic winners and what really motivates him 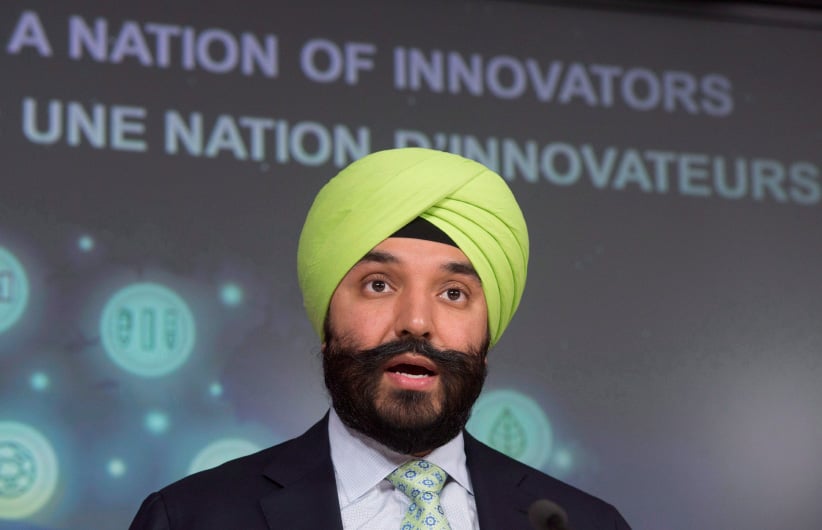 The biggest economic initiative slated to be launched before Parliament’s summer break is the competition for a slice of $950 million the federal government has earmarked for so-called “innovation superclusters.” Groups of corporations, research institutions and other players will be invited to pitch their plans for creating job-creating activity in sectors like advanced manufacturing, the agri-food business, and environmental, digital, and health-science technologies.

Innovation Minister Navdeep Bains is in charge of the superclusters file, and he spoke with Maclean’s about the concept, and its critics, last week.

From our politics podcast: Navdeep Bains on ‘superclusters’

Q: Is the competition for the superclusters funding coming soon?

A: Yes. We’ll be launching that in a matter of weeks. Obviously in the budget we committed to an additional $150 million on top of the $800-million commitment that we had made. So it’s a priority for our government and we’re looking forward to engaging academia, industry, different levels of government, and civil society, as we proceed.

Q: How long will it be before we’ll actually see you deciding on which supercluster proposals to to support?

A: We’ll come out with the specific criteria. It’s going to be an open competition and we’ll talk about timelines at that time as well.

Q: How many superclusters will you be funding?

Q: I spoke with Finance Minister Bill Morneau, before he tabled his March budget, about how the government is shifting from easily understood measures, like the Canada Child Benefit and the middle-bracket tax cut that were in the 2016 budget, to longer-term strategic policies, like what you’re spearheading. I wonder if you’ve turned your mind to the sales job for superclusters. It seems relatively easily to explain, say, a new parental benefit or a tax cut. How do you persuade people that an industrial-policy push is going to help them or their kids?

A: This definitely is new, smart industrial policy. It’s really a focus on innovation and a skills plan. We’ve identified key areas of growth both in Canada and globally as well. And what we’re telling Canadians is that we’re focusing on them. I think it’s really easy to articulate when we talk about it through the lens of how they deal with their anxieties, about their prospects in terms of the skill sets they need to succeed today, about the skill sets their children may need to succeed going forward. It’s a recognition that there’s a lot of change taking place in the job market.

Q: Critics of your approach say it amounts to reverting to governments trying to pick economic winners. How do you respond to that? Even before you get started, you’ve already listed the sectors in which you see the most potential for growth. Isn’t there a picking-winners element to this?

A: Those sectors are based on where the growth projections are, based on the feedback we received from industry. We’re in a global innovation race. It’s a partnership model. It means academia, government, the private sector, all come together to address challenges in society, to invest in research and development. Our focus is on key sectors where there are opportunities. It’s not about government prescribing innovation. It’s about us saying that we want to be a meaningful partner and work with with private sector, work with industry, work with academia and civil society, and be a partner at the table.

Q: The recently released report of the Fundamental Science Review Panel, headed by former University of Toronto president David Naylor, recommended a renewed commitment to letting universities pursue fundamental science that isn’t directly linked to research priorities set out by government. Doesn’t that contrast or even conflict with the approach you’re talking about?

Q: So you think it’s possible to let universities go their own way on basic science, pursue the stuff they think is interesting, without worrying too much more commercial applicability, and still have that linkage between science and industry?

A: I think academic institutions understand that they need to partner up and work very well with industry. Many of them are playing a leadership role already in this area, about encouraging more research but also better collaboration with industry. It’s again about collaboration, it’s about partnership. And often that’s where a lot of these solutions come from.

Q: Isn’t the superclusters approach, because it tends to look for scale, likely to favour big institutions and big companies, as opposed to small- or medium-sized companies and smaller institutions like community colleges?

A: No. Again, we’ll come out with all of the criteria. But one of the things we want to see is clear involvement of academic institutions. That includes colleges and universities. We also want to be able to connect our supply chains, and make sure there’s more value in those supply chains. It’s not an either-or. I really think that any successful proposal will engage both colleges and universities in a meaningful way, and also small- and medium-sized enterprises that are a key part of our value chain and supply chain.

Q: Do you expect to have a higher profile in the months ahead? Are you eager to get out there and start talking up these initiatives?

A: The way I look at it is it’s about how can we grow the economy, create jobs. How can we actually have a positive impact on people’s lives? What drives me is my two young girls. I have a nine-year-old and a six-year-old. I see the world through their eyes. It’s a very small window that I have in elected office, and I want to have no regrets.