"It is an instant landmark ruling, a classic ruling," says a law professor of the decision's broad implications 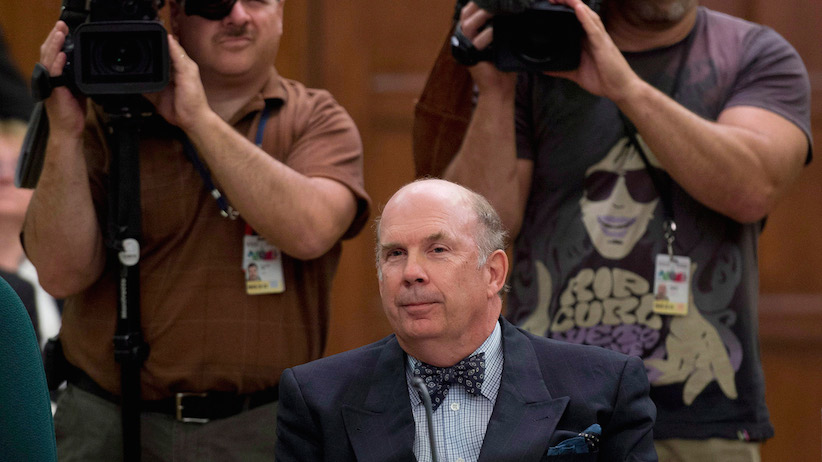 Prime Minister Stephen Harper’s controversial bid to appoint Marc Nadon, a semi-retired Federal Court of Appeal judge, to the Supreme Court of Canada was rejected this morning by the court itself. But, more than that, the court used the ruling to set down strict new constitutional rules for how any government could change the court in the future.

University of Ottawa law professor Adam Dodek, an expert on the Chief Justice Beverley McLachlin’s court and author of The Canadian Constitution, watched the Nadon case closely. He spoke with me this morning about the decision and its broad implications.

Q. Did this ruling surprise you or were you braced for it?

A. It surprised me. I sat through the whole hearing. It appeared that the court was divided on the issue. It was hard to read the court. But what’s surprising is such a strong rejection of the federal government’s position.

Q. Strong in the sense that it was a 6-1 decision against Nadon’s appointment?

A. Strong is the sense of being a 6-1, as well as the strength of the language in the court’s decision.

Q. Can you elaborate on what part of the language struck you as especially firm?

A. In many ways this is a declaration of independence by the Supreme Court of Canada. So by going beyond the first question of the statutory language of whether a Federal Court judge qualifies for appointment and into the second question on the constitutional issues, for the court to say that it is constitutionally entrenched through a number of provisions, went beyond what was minimally necessary for the case.

Q. In essence the court is saying you can’t tamper with the Supreme Court of Canada unless you get the provinces to agree to an amendment. Is that where we stand now?

Q. And that wasn’t clear before now?

A. No, it wasn’t clear at all. In a sense the decision is a case of, ‘Be careful what you ask for.’

Q. In the sense that the government asked for permission to go ahead and tinker with the qualification provisions, but the ruling goes much further than that.

Q. So this is a landmark ruling about where the court fits in the structure of our government.

Q. Is there anything in the Nadon ruling that foreshadows what we should expect the court to say about the government’s desire to press ahead with Senate reform, instituting a sort of election of senators and imposing a limit on how long future senators serve?

A. I think the judges were very, very careful not to say anything that would relate or tip their hand on what they will ultimately decide on the Senate.

Q. Some will look for a sort of hidden partisan political struggle between the Supreme Court and Prime Minister Stephen Harper. But I notice that of the six judges who ruled against the Prime Minister on Nadon, three were appointed by him to the top court.

Q. Is it possible that Justice Nadon, having been rejected because he’s not a current member of the Quebec bar, could join it and be reappointed?

A. I don’t know Justice Nadon at all. I think the government has done him a great disservice through this whole process. I don’t know if he would want to continue to go through that.