Q&A: How Ottawa bungled its plan for a new monument 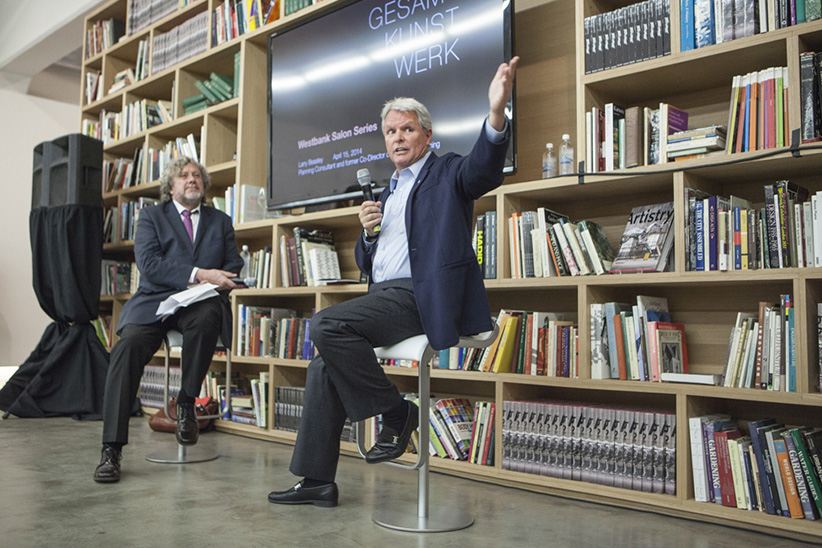 Larry Beasley, Vancouver’s celebrated former director of planning, is in demand for his expertise on urban design everywhere from Dallas to Rotterdam, Moscow to Abu Dhabi. But, as chair of the National Capital Commission (NCC)’s advisory committee on planning, design and realty, Beasley’s advice to the federal government on its planned Memorial to the Victims of Communism in Ottawa has been rejected. The Conservative government is pressing ahead with the controversial monument, although the design has been scaled back. In this exclusive interview, Beasley spoke about the best way to plan memorials. This is an edited version of our conversation.

Q: Before we get into the victims of communism memorial, let’s talk briefly about what works. Among modern examples, the 1982 Vietnam Veterans Memorial in Washington, designed by Maya Lin, seems to be the gold standard. What made it so successful?

One of the reasons it resonates with people is that it was such an elegant and beautiful design. If something comes out of the design process and it is remarkable, people tend to forget if there were sins committed in the process. The second thing is there was a wide appetite at the time in America for some sort of monument to the Vietnam conflict. So that, too, helps.

Having said that, the Second World War memorial that was also put on the Mall in Washington was very controversial, partly because it expressed itself a lot more strongly in the landscape of the Mall. The Vietnam memorial is a very modest, gentle kind of memorial, and probably more impactful because of that.

Q: It’s strikingly modern, though. One might have wondered: A black wall inscribed with names—will that go over well with people?

As an immigrant to Canada from America, and having had friends who fought in that war, it was very moving for me, partly because of the very unusual design. 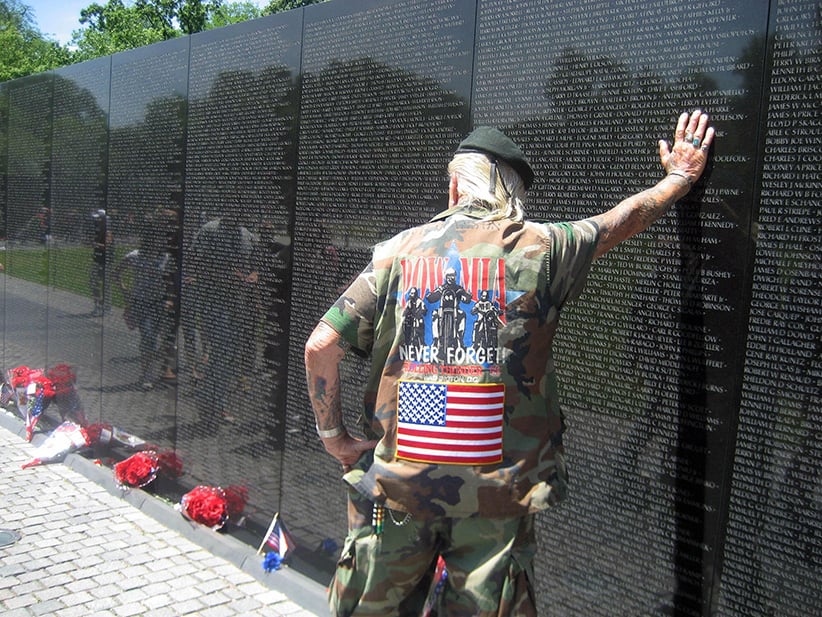 Q: Is there a way we can bridge from talking about something as successful as Maya Lin’s wall to the outcry caused by the planned victims of communism memorial in Ottawa?

It’s contrasting, in that the monument that’s now proposed is a much stronger expression in the landscape, and it is in a more touchy kind of location.

Q: It’s just next door to the front yard of the Supreme Court of Canada.

And also on Parliament Hill. The Mall in Washington is important, but the location of the Vietnam memorial is at the other end from the major government facilities. It’s not competing with the image of the American government, represented by the dome of the Capitol and the open space leading up to it.

And it’s a kind of theme that would resonate a lot more broadly with Americans than the theme here would resonate with Canadians. The theme of [the victims of communism] isn’t of the stature [to create] the wide public understanding that the Vietnam Veterans Memorial would have in America at the time it was put forward. It was very much in the top consciousness in America.

Q: The tradition on Parliament Hill was, for many decades, to erect realistic bronze statues of political figures. How can we respect that old aesthetic but move with the times?

The way we express our memorials is different today than it was in the 19th and early 20th centuries. There’s now a much wider repertoire of possibilities. If you look, for example, at the Royal Canadian Navy Monument, it’s very symbolic and, by the way, proving to be very popular.

Q: That’s the gold ball perched on a marble base that was unveiled beside the Ottawa River near Parliament Hill in 2012.

And it’s been very well-received. But you can see it’s a very symbolic expression, not the old-fashioned approach of a bronze statue. The nice thing about the process that’s been underway for many years in Ottawa, which produced some very good contemporary memorials, is that there was quite a good adjudication process and a very careful site-selection process, and a bit of an arm’s-length association between the proponents and government. 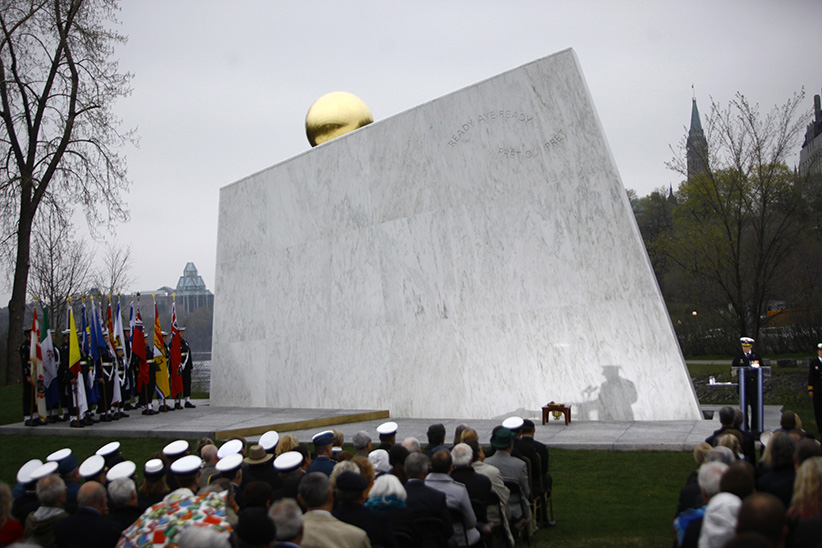 Q: So what changed? What went wrong in the case of the victims of communism memorial?

Two things happened. One is that, several years ago, the responsibility for managing the conceptualization, as well as the implementation of monuments, moved away from the National Capital Commission, which is one step removed from government, and shifted over to [the Department of Canadian Heritage].

The 1812 memorial on Parliament Hill, for example, is a good indication. That was a part of a whole communications program the government has. I’m not trying to interpret the politics of why that was the case, but it was the case.

Q: The process was less political in the past?

In the past, what tended to happen is that organizations would come to the NCC. The NCC has a very well-articulated policy on the location of monuments according to their stature, saving certain sites for the primary monuments of the country, identifying sites where monuments were appropriate. That was managed through the NCC, at arm’s length from government, working with the sponsoring organizations.

In recent years, there have always been competitions, truly independent panels, the advice of our committee, and other kinds of advice. The projects then move forward.

Q: And that didn’t happen in the case of the victims of communism memorial?

As I understand it, the monument is basically sponsored by the government and has been implemented through a department of the government. The NCC is put in the position of an approval authority, but it’s much more constrained than if it was managing the project from the beginning. 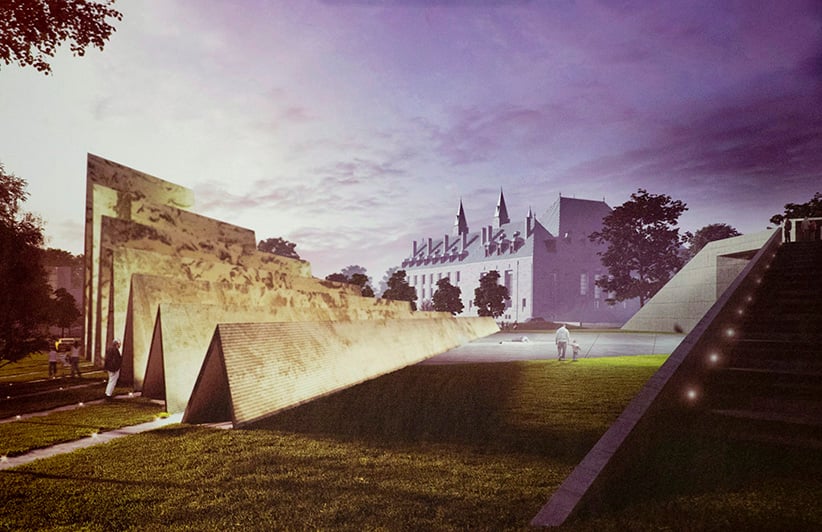 Plans for the victims of communism memorial. (Handout)

Q: The NCC can’t say yes or no to the site, for instance, or reject the design. The site is dictated and the design can only be fine-tuned.

That’s right. Had it emerged through the advocacy of organizations across the country, the NCC would have laid out a suite of different kinds of sites appropriate to the budget, scale and nature of the monument.

It would have chosen one of those, then the project would have been managed with independent adjudication and moved forward. I don’t think we would have seen the location that was selected by government for the site on the table. There are many, many other sites where this monument would have fit quite nicely in the capital.

Q: Is that what your committee suggested?

From the very beginning, we did say to the NCC that this wasn’t the best location. This location, according to all the approved plans that have been long on the books, should be held for an office of government. There is limited space north of Wellington Street for government buildings.

Q: There are almost no good places left to add buildings near Parliament.

There are so few sites that it’s important to hold the sites that are there for future buildings, given that government goes on for hundreds of years. So our advice was that this site wasn’t appropriate for this kind of monument.

Our second piece of advice was that, if this location were pursued, we would lay out some design requirements that would leave room for a building, or would push the monument away from the primary image of the capital—which should be about the government of our country: the legislative branch, the judicial branch.

Q: What should happen in order to stop what you consider a big planning mistake from happening again?

I believe in the arrangement that was previously in place. These proposals emerged out of the spontaneous organization of people in the country, sometimes with government support, sometimes not. Then, the NCC could manage these proposals within a context of policy. They could go through a competitive design process and have an independent adjudication, with the NCC board being the final decision-makers through that well-articulated and transparent process.

Q: You’ve been the chair of the NCC advisory committee for more than a decade. Most Canadians have no idea your group exists. Can you explain what you do?

We are only an advisory board. We don’t make decisions. We give independent advice that the NCC board and the government can take or leave. Put me aside; our committee is composed of very distinguished architects, landscape architects, designers, urban planners and economists. We represent a perspective across the whole country. We bring a belief that the capital is a national asset, and we worry for the nation.

Q: You’re suggesting the government should listen to your committee on something like this.

They will get our advice. Regardless of the politics of the day, every member of our advisory committee gives independent advice, whether they listen to it or not.

Q: Will you keep doing it if your advice is rejected?

I don’t think anyone in our positions, if we were constantly not being listened to, would participate. Having said that, if you look back over the past decade, I would say our advice is followed 95 per cent of the time. We’re humble enough to know our advice won’t always be followed.