Q&A: Mark Holland on electoral reform consultations—and what comes next

Under heavy fire, a key Liberal voice on changing how we vote defends the government's approach to electoral reform 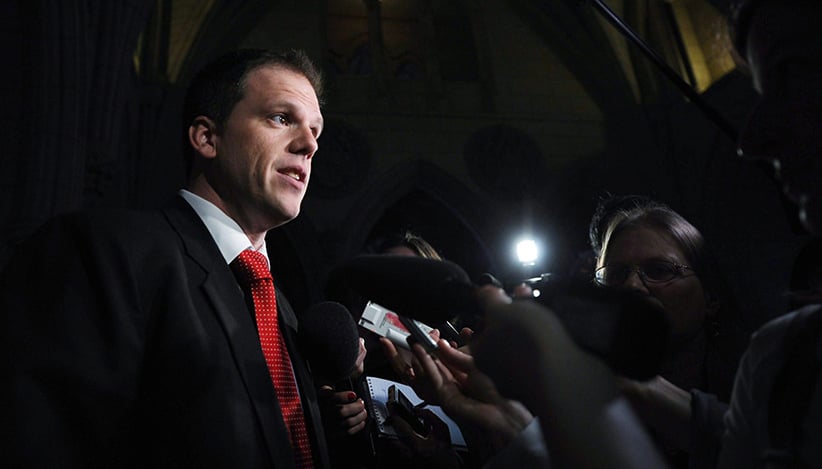 Depending on who’s talking, the Liberal government’s electoral reform push is either one of its most ambitious policy efforts, or its biggest sham. Justin Trudeau promised in last year’s election campaign to replace Canada’s traditional first-past-the-post way of electing MPs with some new system—but declined to specify an alternative. That has led to confusion and suspicion about what sort of reform, if any, the Liberals really have in mind.

Last week’s news featured Democratic Institutions Minister Maryam Monsef first insulting a special House committee that studied the issue, then apologizing. This week, Monsef launched an online consultation, which critics slammed as too vague, and perhaps skewed against proportional representation—the model favoured by the NDP and Greens, which would see a party’s number of House seats more closely reflect its share of the national vote.

MORE: Inside the making of MyDemocracy.ca

To get a better sense of what the government hopes to gain from the online consultation, and what comes next, I interviewed Liberal MP Mark Holland, a key government figure on the issue as Monsef’s parliamentary secretary. This is an edited version of the interview, which you can listen to in full this Friday on our weekly Maclean’s on the Hill podcast.

Q: A wave of derision from the opposition parties and some outside observers greeted your MyDemocracy.ca online survey this week. Obviously, you don’t agree with the critics. So what is it they don’t understand about what you were doing?

A: I think they jumped to conclusions. I think they cherry-picked a question or two, and extrapolated from that. In order to test somebody’s opinion on an issue you have to ask a question from a positive frame, a negative frame, and a neutral frame. If you only take one of those questions, and hold it out as the entire survey, then I think you would get a really inaccurate perception.

The second part I think they misunderstood is that this survey wasn’t written by us. We engaged some of the most eminent political scientists in the country at arm’s length to say we need to understand the values that underpin this process and have them ask that question. I think there was a sense that somehow we were the ones offering these questions.

Q: So let me ask you about a specific example. One of the questions asked on the survey reads: “Is it better for several parties to govern together than for one party to make all the decisions in government, even if it takes longer for government to get things done.” Now some people hear the “even if” part of that question, and think, “Aha, the fix is in—the Liberals don’t want people to say it’s good for parties to work together because that sounds a little like a proportional representation.” What do you say to that?

A: Taken in isolation, I can understand why someone might think that. The point that I was making earlier is that you need to look at it in totality. When political scientists do surveys like this … they test [ideas] in a positive, neutral and negative frame, to get a true reflection of what somebody’s opinion is and how and how strongly they hold that opinion, even when confronted with strong trade-offs.

Q: Maclean’s reporters have talked to some independent academic and polling experts, and some do see the approach you’ve taken as perfectly valid. Still, there’s a suspicion that you’ll be able to read whatever you like into the results.

A: There’s a natural suspicion of government, a tendency to believe that we’re up to no good. It’s why we are continuing to try to reach out to the opposition, have them see that this is really an extraordinary opportunity. This is an opportunity on a scale that’s never been done before in the country to really get at what are the values the Canadians have about their democracy and how strongly do they feel about them. And, in a way, it’s a risk for government because we have no idea what that is going to lead us to.

Q: To me, it seems that the online consultation might be a perfectly legitimate thing, but it’s too late to be doing it. I’m less inclined to criticize the mechanism you’ve chosen than to suggest that you should have done this six or eight months ago, or preferably a year ago, if you’d gotten off the mark really quickly after forming government. Why are you getting around to gathering this baseline information about what Canadians think about the system so late in the game?

A: This is one of multiple pieces, and this was incredibly challenging to put together, more challenging than we recognized. We wanted to make sure that it was right and not fast, and there was a lot of science that was involved. The reality is there are other input processes that are just concluding. In January, we’re going to be able to look at that aggregated data from all of the different processes and be able to make a decision. So I don’t think the timing will interfere with our ability to move forward.

Q: You say “right but not fast.” That sounds prudent. And yet between January, when you come to some conclusions about what the consultations tell you, and spring, when you need to table legislation, seems very fast to me. Do you really think four or five months is enough time to go from assessing the research to tabling a bill that would fundamentally change the way we vote?

A: It’s a great question. It’s an ambitious undertaking. There’s a lot to draw on, so I remain optimistic that we can find a path. But we’ve been very clear we’re not going to move forward unless we have broad support from Canadians, and we’re ensuring we’re getting it right. We’re going to work around the clock to meet that deadline. That’s our objective and we think at this point there’s room to do that.

Q: You say you won’t proceed without broad support. How would you know if you have broad support before you put a concrete proposal in front of Canadians, essentially a piece of legislation, which says this is how an election will be run from now on? People will have to know what you’re putting on the table before they make up their minds.

A: I completely agree. Canadians have to see what we’re offering. I think it’s a very fair point. And I think we’re going to have to be very clear when we outline a proposal—what does [broad support] look like and what bar are we establishing for that to be recognized? It’s certainly not going to be something that happens instantaneously. We’re going to have to release what we’re thinking and what we want to do. Then there’s going to have to be an opportunity for Canadians to respond to that, and for us to have engagement on that before we then move forward with whatever the next steps might be.