John Geddes talks to a former sergeant-in-arms of the U.S. Senate 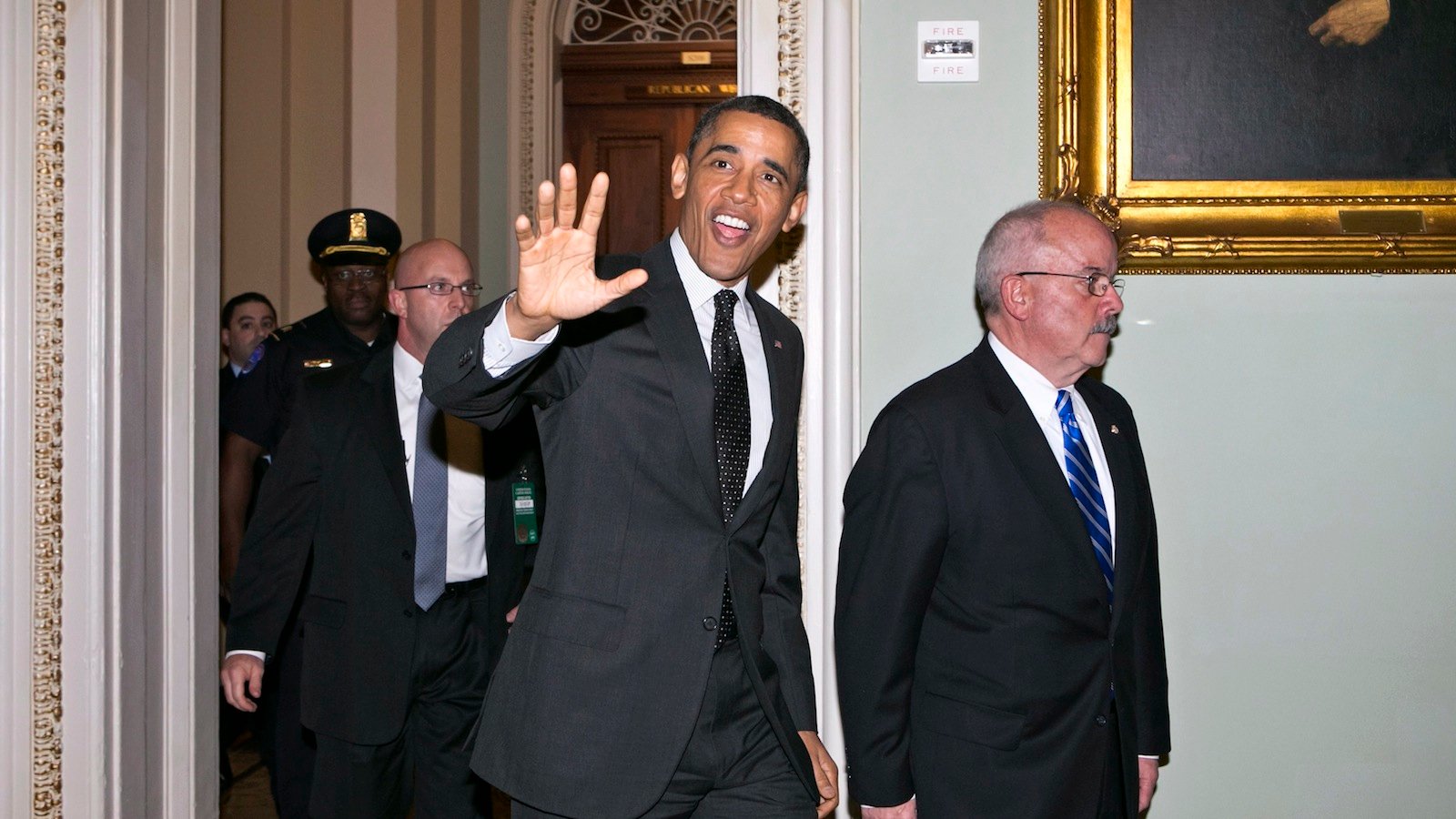 One of the top experts on security around Washington’s iconic government buildings watched news from Ottawa today with an expectation that this attack at the heart of Canadian democracy will rekindle debate about how best to keep lone attackers away from similar international sites.

Terry Gainer, the former head of the law enforcement agency that protects the U.S. Congress, is in favour of screening visitors at fences erected some distance away from key buildings, not at their doors. That’s not how it’s done now at the U.S. Capitol building or on Canada’s Parliament Hill.

Gainer became chief of the U.S. Capitol Police in 2002—a moment of greatly heightened security concerns in the wake of the terrorist attacks on Sept. 11, 2001. He went on to serve as the U.S. Senate’s top security officer, its sergeant-in-arms, from 2007 until he retired last spring to join the private security firm Securitas as a special adviser.

An advocate of so-called “layered” security around U.S. government buildings, Gainer stressed that he doesn’t know Parliament Hill and couldn’t comment directly on the Ottawa situation. Still, he spoke with me in a telephone interview about security strategy ideas that are bound to be revisited intensely in the coming days and weeks in Canada, and perhaps beyond. Here is an edited version of our conversation:

Q: We tend to think of security in Washington as being much stricter than it has been on Parliament Hill. But then there was the intruder who jumped a fence and ran right into the White House recently. How would you characterize security around your most famous landmarks?

The two biggest targets of interest to people are the White House and the Capitol, and, by and large, they are very secure buildings, notwithstanding the fact that we had two officers murdered up at the Capitol in 1998, before a lot of security measures were put in, and then, obviously, that recent breach at the White House.

None of these systems is perfect. What we’re all trying to do is minimize the risk—do what we can to prevent, and where we can’t prevent, respond. And certainly, that’s what’s being reported happened up in Canada; the response was swift and certain, but it certainly didn’t help that poor soldier who was killed.

Q: On Parliament Hill, visitors are supposed to pass through quite tight security, including a metal detector, but parliamentarians, their staffs, the accredited press, and some others, go in through ordinary doors where they have to show a pass to a guard. How does that compare with the systems you’ve overseen?

Let’s use the example of the U.S. Capitol. No one can enter the building who doesn’t go through a magnetometer, except senators and congressmen. They wear a special badge or pin. By and large, except for the first month or so when there’s a changeover in people, they are recognized.

But their staff members—anybody but a member—has to go through screening. Having said that, as we saw in [the 2008 attacks in] Mumbai and other places, a foot attacker who’s running is obviously not going to stop at the magnetometer. That’s where you need the layered approach. What we have here at the Capitol are officers on bicycles, in vehicles, on foot patrols outside every door. And, as you get close to that door, they are checking for ID before you get to that door.

Q: Outside the door, not just inside it? We don’t typically see that on Parliament Hill.

If you’re a visitor, outside. But if you’re a visitor and go to the visitors’ centre, you can enter some secured passageways that would get you a certain distance, and then, if you began your attack and took off running, then we have sufficient officers who should be able to take action.

Q: I’m interested in this idea that, before the visitor gets to the door, somebody on the steps or on the walk outside would be stopping that person to check to see if he or she has a pass. Is that how it works?

If we’re talking about the door where only employees can come in, that’s right. If it’s an employee door, there’s somebody outside checking your ID.

The threat is to officers. They are always the ones who are going to take the brunt of this if somebody is going to attack. It is very difficult to counter this very type of situation that you had up there: somebody headstrong running. You’ve got to chase the person.

Our goal is to prevent that, to have a series of impediments that would either slow that person down or give us some insight into what their intent is.

Now, I’m in no position to second-guess what happened up in Canada. I’m trying to visualize my own Capitol. If someone was charging across the grounds, they are going to attract some attention. We think we have enough officers on foot, on bikes, and stationed around the entrances to the building that they would not get into the building. They could certainly get into a shootout outside the building, but they are not going to get in there.

Q: You must get into discussions about the balance between security and a sense of openness around democratic institutions. How do you think about striking the balance?

There are a lot of questions. Many members will say it looks like a fortress up there [on Capitol Hill]. And, in some respects, if you concentrate on it, it does. We have officers stationed with high-powered weapons. We try to make it as invisible to the public, except when they take a look at one of those officers, as it can be. But it’s difficult.

I have spoken repeatedly about trying to put up a tasteful, decorative fence around the four squares of our Capitol, so you could screen further from the Capitol. The goal is the protection of heads of state and our elected officials.

Q: So you’re suggesting doing the screening quite a bit farther away than the doorways we’ve been talking about up till now.

Q: What’s the advantage of a fence some distance away?

Q: I take it you haven’t won that argument in Washington.

Well, they haven’t done everything I’ve wanted them to. But I will tell you, I suspect, after something like this, after what you’ve experienced, there will be questions. Could something like that happen here?

I’m not so naive as to think there’s not a cost to these things. Unfortunately, sometimes, the cost of putting up the fence and having the screener farther away, and not having the vistas you want, has to be weighed against the potential of a shootout like you had and like we could have.

Q: What about something even more controversial, like allowing the public in only on certain days?

It’s brought up. But, you know, I, as a security expert, wouldn’t support that in my environment or your environment. That’s not what any of us are about. The trick is for us to think about the worst set of circumstance and have reasonable prevention methods or ways to respond. I think it would be a bad day for us, or for Canada, if you couldn’t routinely get into our facilities. Somehow, we’ve got to strike the balance.