Quebec universities: Help is not on the way

Why did Quebec's Liberals win an election if they're just going to implement failed PQ policy? 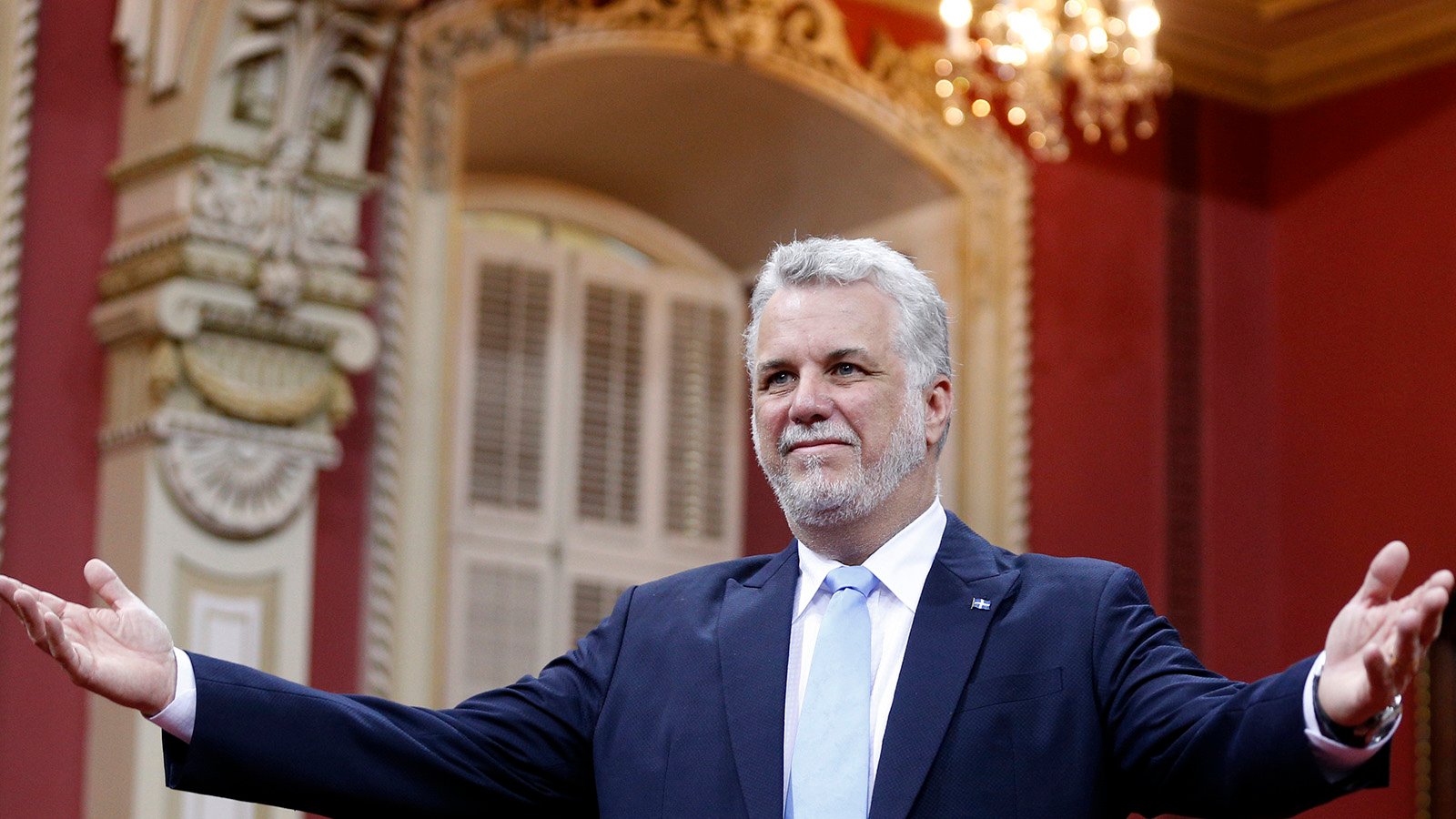 Well, what an adventure Quebec’s Higher Education Minister Yves Bolduc had yesterday. Bolduc, a Liberal, is a physician by training and was widely hailed as the kind of fellow who might actually know what universities are for, which would make him a refreshing change from his Parti Québécois predecessor, Pierre Duchesne.

Anyway. Recall that in 2012 there were protests for half a year over the previous Liberal government’s plan to increase university tuition fees until they were only 20 per cent lower than the Canadian average. The PQ opposed the tuition hikes, won the election, and cancelled the tuition increases. The new policy, as from 2012, was that tuition would increase only as fast as the cost of living.

I believe the Quebec Liberals drew precisely the wrong conclusions from all of this. By mid-2012 the Charest government was a cesspool of corruption allegations, which have not exactly been disproven by the Charbonneau commission’s work since then. Charest’s conviction that students should pay a larger share of the cost of their own education was woefully belated (he had already been premier for nine years), timidly implemented, too closely associated in the public mind with draconian protest-busting legislation that had nothing to do with tuition policy as such — and, by 2012, it was just about the only good reason left to vote for Charest’s Liberals. And it nearly worked: Pauline Marois’s PQ was held to a minority and, fairly quickly, collapsed under the weight of its own suspicions. But the Couillard Liberals campaigned on a promise to abandon the Charest tuition hikes and to implement PQ caps on tuition fee growth.

Back to Minister Bolduc. This Le Devoir article is my source for what follows. Yesterday was the day his department presented spending estimates, and under questioning, he said he couldn’t guarantee that future tuition increases would be capped at cost-of-living. The Couillard government has, after all, already broken important promises on infrastructure spending and taxation, given the pressure to balance the provincial budget. This one might have to go too, Bolduc hinted.

He was clearly pretty far down that road already. He urged student groups to “remain calm,” and added, “At some point we’re in a society where responsible decisions need to be made … you have to be mature.”

There followed a half-dozen quick-write stories for the newspaper websites, an avalanche of communiqués from student groups, and in the afternoon Bolduc swallowed himself whole. There will be no extra financing for Quebec’s cash-strapped universities “on the backs” of students, he said.

(I’m fond, in passing, of the ASSÉ student lobby’s phrasing on this. “As long as there are attacks on our education system, we’ll be mobilized and in the street to denounce them,” the group’s spokesman said. “We want free tuition, whatever it costs.” I suspect ASSÉ won’t share my analysis, which is that ASSÉ constitutes, by its very existence, an attack on Quebec’s education system, and that the cost of free tuition — a massive state subsidy of affluent students’ education at the expense of the tens of thousands of less-affluent students who can’t get into universities that have no room for them — is self-evident.)

Let’s not pause too long to mourn what’s happened. I’ll repeat only that the best poll produced at the height of the 2012 protests showed, in great detail, widespread public support for the Charest policy Couillard has now abandoned and confirmed abandoning. One presumes that late in his second mandate, if he’s lucky enough to win one, Couillard will realize he’s futzed away his province’s human capital and it’s time to smarten up, and it’ll be 2012 all over again. But in the meantime, Quebec remains, fair and square, a write-off when it comes to proper university financing.

The province’s large universities therefore have four years of homework ahead of them. They must methodically make the argument for their own existence that will justify changes to tuition policy after the next election. That job begins now, and it falls disproportionately, I’m afraid, to McGill’s new principal, Suzanne Fortier.

Job One for Fortier, in the wake of the 2012 protests, was to cool down tempers and to offer no outsized target to a PQ government that was plainly itching for a fight with McGill. But now it’s time for Job Two, which is to continue explaining why a university education is still the biggest investment anyone can make in their own human capital; why that cost should be borne, in fair measure, by students who can afford it; and why the money they would contribute could help finance enhanced student aid for less affluent students. Fortier can probably find allies at Concordia, the Université de Montréal and Laval, and will probably not have much help from other universities, which are afraid to challenge the student groups. She may be able to persuade Jean Charest and Lucien Bouchard to say something in support of the argument she needs to make, because they certainly understand the stakes.

But there is also work ahead for Philippe Couillard. I promise you he understands his tuition policy makes no sense. If he hopes to change it one day, he needs to build public support for the notion that in a fair society, the direct beneficiaries of higher education — its recipients — should participate in its financing. Part of Couillard’s problem is that very few Quebecers believe they live in a fair society, and they’re right, as the Charbonneau commission has been telling them for more than a year.

Couillard needs to make Quebec a more nearly fair society by launching a serious attack on the political corruption that, for so long, helped finance his own Liberal party. Since he has promised not to substantially increase tuition fees, then money for Quebec’s universities — and its roads, and hospitals, and much else — must come out of the socks of gangsters.

If Couillard fails — if, in 2019, about a fifth of all public investment in the province is still going to pay off organized and illegal protection rackets, and Pierre Duchesne is still writing provincial education policy long after voters in his own riding sent him packing, and the principal of McGill is still too nervous to say what she knows is true — then there will be no reason to prefer the Liberals over the PQ, and no particular reason to vote Liberal.