Politics Insider for Nov. 30: Questions about when the PMO learned about Grewal arise, Notley lays out her railcar plan and NAFTA 2.0 gets signed on the sidelines of the G20 Summit 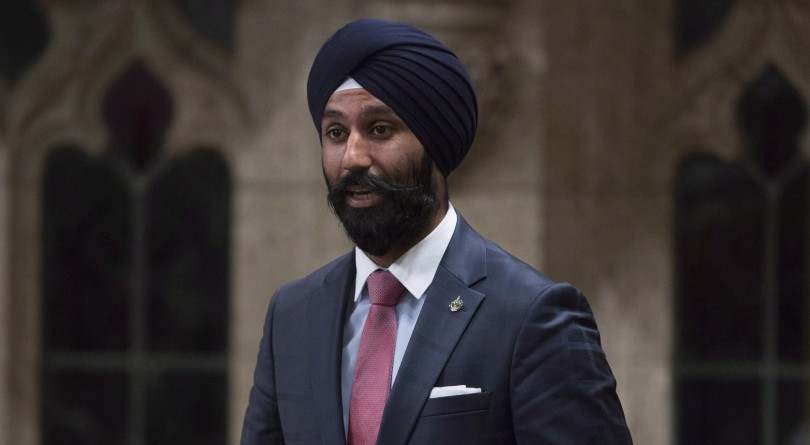 Liberal MP Raj Grewal rises in the House of Commons in Ottawa on June 3, 2016. THE CANADIAN PRESS/Adrian Wyld

A Conservative Senator says a retired RCMP officer told him and an assistant 18 months ago that former Liberal MP Raj Grewal’s gambling activities were under investigation. Quebec Sen. Jean-Guy Dagenais raised the issue in the Senate Thursday, while his assistant Richard Desmarais told the National Post:

“(The former RCMP officer) told us, ‘Just check this guy at the casino. He is spending a lot, he’s under inquiry, and something will happen. He said, ‘You can go, you will see him, spending his money, he is under an inquiry’ … If the prime minister’s office didn’t know that, it’s unbelievable.” (National Post)

Meanwhile, the Canadian Press reports a source with knowledge of the events, told it some “particularly shady guys” were caught on a wiretap discussing Grewal’s gambling. “There are wiretaps up on an organized-crime (and) terrorism investigation. And they have people talking about his gambling debts on the wire.” (Canadian Press)

The new NAFTA deal (NAFTwo?) gets signed this morning and Justin Trudeau will attend the event after all. The details were being finalized right up until the last minute, and Trudeau had been coy as to whether he or a senior official would represent Canada. USMCA still has to be ratified by all three countries before it can take effect, which is by no means certain. But for now, Trudeau, Donald Trump and Pena Nieto will sign the deal on the sidelines of the G20 summit in Buenos Aires at 7 a.m. ET. (Global News)

Alberta Premier Rachel Notley is sharing more details of her save-the-oil patch plan to plunge her government into the railways business. The government will buy 7,000 railcars within weeks, and based on the going price of a rail car, the plan will cost the province $1.05 billion. (Canadian Press)

By the way, if you missed Wednesday evening’s Maclean’s Live event featuring Notley in conversation with Paul Wells, check out the transcript of the interview here.

Monday will bring Trudeau‘s ill-fated India trip back into the headlines when the findings of a security review into the trip are released. Both the Prime Minister’s Office and Public Safety Minister Ralph Goodale have copies of the report, and a source familiar with the findings told CBC, “It’s not good.” (CBC News)

Government’s have been bailing out GM Canada for so long, it deserves a Heritage Minute:

Back in 1899, when Robert McLaughlin ran one of the British Empire’s largest carriage factories, a devastating fire ruined the McLaughlins’ plant in Oshawa, Ont. As workers were temporarily relocated to work out of the Thousand Island Carriage Company in Gananoque, Ont., disputes over the fire insurance left the family wondering whether or not they should rebuild the Oshawa plant at all.

Other municipalities began lobbying for McLaughlin’s business, until the City of Oshawa came forward with a generous proposal: an interest-free, $50,000 loan from the city, which could be paid back over the next 20 years.

When the McLaughlin’s accepted, they immediately got to rebuilding.

Well before that bill came due, their Oshawa plant had started to shift its focus away from horse-powered carriages and buggies and was instead pumping out cars with horsepower. In 1907, McLaughlin signed a 15-year agreement to manufacture Buicks and another agreement in 1915 to manufacture Chevrolets, both General Motors brands. (Maclean’s)