RCMP pause their SNC obstruction inquiry for the election. But, um, what then?

Politics Insider for Sept. 12: The Mounties visit Wilson-Raybould, battleground Toronto and it turns out national unity is important after all 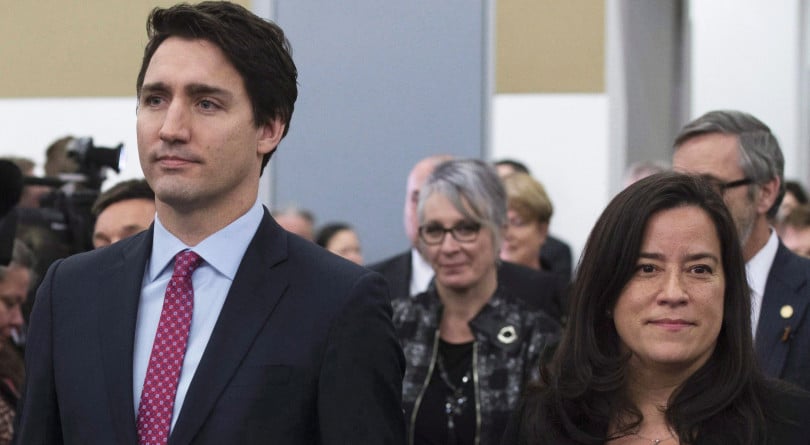 Now there’s an idea: Ahead of tonight’s leaders’ debate, moderator and Maclean’s columnist Paul Wells writes in the latest print issue of the magazine that this election demands a candidate who can rise up to these challenging times. The odds aren’t looking good:

The world in late 2019 is living a perilous hour. Donald Trump’s trade wars are a drag on commerce and prosperity. China has taken an increasingly authoritarian turn. India’s repression of Kashmir is a bad omen for that country’s future. Britain might pop out of the European Union without a plan, less than two weeks after Canada’s Oct. 21 federal election. It’s fair to ask, whether or not a couple of pipelines get built, whether petroleum will ever again play the same role in the world’s resource mix that it played 15 years ago. Opioid overdoses are the deadliest public-health crisis in Canada in our lifetime.

An election should be an opportunity to debate ways forward through this landscape of peril. For that to work, we need leaders and ideas on something approaching the scale of the challenges. But while the hour is big, the leaders seem like trainees. (Maclean’s)

Don’t miss the debate, which is hosted by Maclean’s and Citytv and starts tonight at 8 p.m. EDT (5 p.m. PDT). You can watch it live on Citytv, Macleans.ca, Facebook, YouTube and Twitter, as well as on Rogers news radio stations and their websites and CityNews websites. CPAC will carry the debate with a French translation, while OMNI Television will carry it with interpretation into Mandarin and Cantonese (in broadcast) and Punjabi (online).

Access denied: On Tuesday the RCMP met with former attorney general Jody Wilson-Raybould to discuss political interference in the corruption case against SNC-Lavalin, the now-independent B.C. MP told the Globe and Mail in yet another story that threatens to overshadow Trudeau’s early campaign messaging. In an earlier story the Globe reported that the federal government has blocked police from speaking to witnesses citing cabinet confidentiality. “I have had a meeting and I have been interviewed by the RCMP … and I am not going to comment any further on the nature of those conversations,” she told the paper. “Of course I am concerned about the government’s decision to deny [the RCMP’s] request for access to other witnesses. As a matter of principle, the RCMP should be able to conduct thorough and necessary investigations.” The police force has put its obstruction inquiries on hold while the election is underway. It’s unclear what happens after the votes are counted. (Globe and Mail)

Before we go any further, let’s take a look at what pundits in the #cdnpoli-sphere are saying about the start of the campaign and the latest SNC revelations:

The centre of what you say?: Okay Toronto, try not to let it go to your head, but the roughly 30 ridings that make up the Greater Toronto Area are a key battleground that could win or lose this election. And as Ottawa bureau chief John Geddes also writes in the latest print edition, the city of Milton, Ont., where Olympic star Adam van Koeverden will face off against Tory veteran Lisa Raitt, is one of the best places to watch it all unfold:

van Koeverden, 37, provides an echo of that Liberal spirit of ’15. He is arguably the highest-proﬁle new recruit anywhere in the must-win suburban swath surrounding Toronto. Depending on where the battle lines are drawn on the map, the so-called Greater Toronto Area, or GTA, encompasses 30 ridings. They have swung en masse from Liberal to Conservative and back again in recent elections, making this by far the biggest concentration of tantalizingly up-for-grabs seats anywhere on the national map of 338 ridings. (Maclean’s)

One away: With Justin Trudeau‘s election call, pollsters have been busy pumping out new surveys. In his regular column forecasting seat counts, 338Canada’s Philippe J. Fournier writes that “with leads in Atlantic Canada, Quebec and Ontario (and in a near tie in British Columbia), the Liberals lead the seat projections with an average of 169 seats—only one seat short from the majority threshold.” The seat projection for the NDP meanwhile sees the party at a new low of just 11 seats. (Maclean’s)

Want some syrup with those waffles?: As it should be, the leaders’ views on vote-rich Quebec’s Bill 21 were put under the microscope on day one of the campaign, and while each said it was a terrible thing that vote-rich Quebec would enact such legislation, well, it’s complicated you see, and my hands are tied.  Quebec’s controversial bill bans public servants from wearing religious symbols and to date no leader has promised to challenge the law in court. (CTV News)

On second thought: Perhaps realizing that dismissing Canadian unity as a non-issue might not be a winning strategy, Elizabeth May now says Quebec Green candidate Pierre Nantel won’t be allowed to run for the party if he does indeed support the province’s separation from Canada. Nantel’s Green fate depends on how a conversation with May goes. “We need to talk,” she said. (CTV News)

More to come: We have our first self-immolation by social media of the campaign. Dock Currie quit as a candidate for the NDP in B.C. (as if they needed even more spots to fill) after the party uncovered a spat he had with a pro-pipeline activist two years ago, though neither he or the party have said what the comments were. (CBC News)