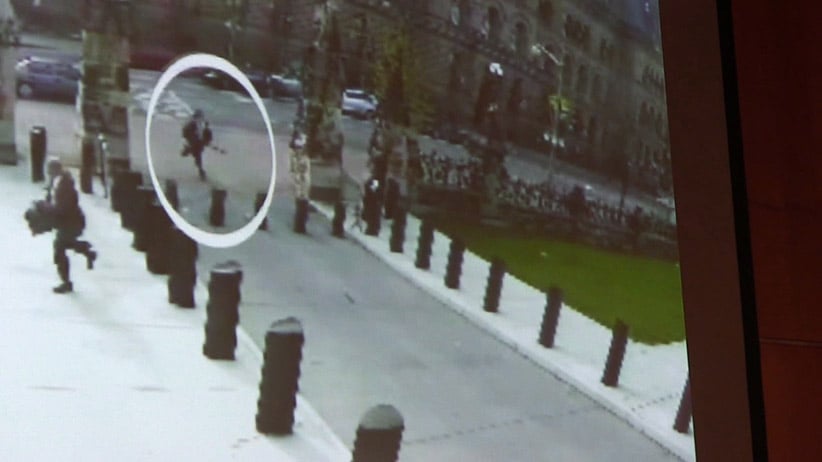 OTTAWA — Parliament Hill gunman Michael Zehaf Bibeau asks Allah to praise his actions and those of the mujahadeen in a newly released version of the video he recorded just before his attack last October.

The RCMP have released a previously secret 18 seconds of Zehaf Bibeau’s video message, which had been edited out of earlier versions for security reasons.

At the beginning of the video, Zehaf Bibeau asks Allah to “open” his chest, “ease my task for me” and “remove the impediment from my speech.”

In the final five seconds, he prays again to Allah and curses those he is targeting.

“Lord, accept from me and peace be upon you and upon the mujahedeen. May Allah curse you,” he says, according to a translation provided by the RCMP.

Police said investigators originally believed these portions might explain how Zehaf Bibeau became radicalized. The Mounties said they needed time to analyze the dialect, talk to experts and follow up on “a number” of leads.

In a statement, the Mounties did not divulge the results of that work.

New Democrat defence critic Jack Harris said it was his hope the Conservative government wouldn’t use the latest version of the video to ramp up public support for their controversial anti-terror legislation.

“I hope the prime minister and the government doesn’t try to use this once again to frighten Canadians,” Harris said. “They used that event (Oct. 22) to create Bill C-51, which I think most Canadians agree was overreaching.”

As if on cue, however, Public Safety Minister Steven Blaney issued a statement that did indeed link the video to the legislation, calling it a “stark reminder of the need to remain vigilant at home and abroad.”

The House of Commons plans to release a redacted version of the report, eliminating portions it fears could compromise security.

Both reports are expected to be released late next week.