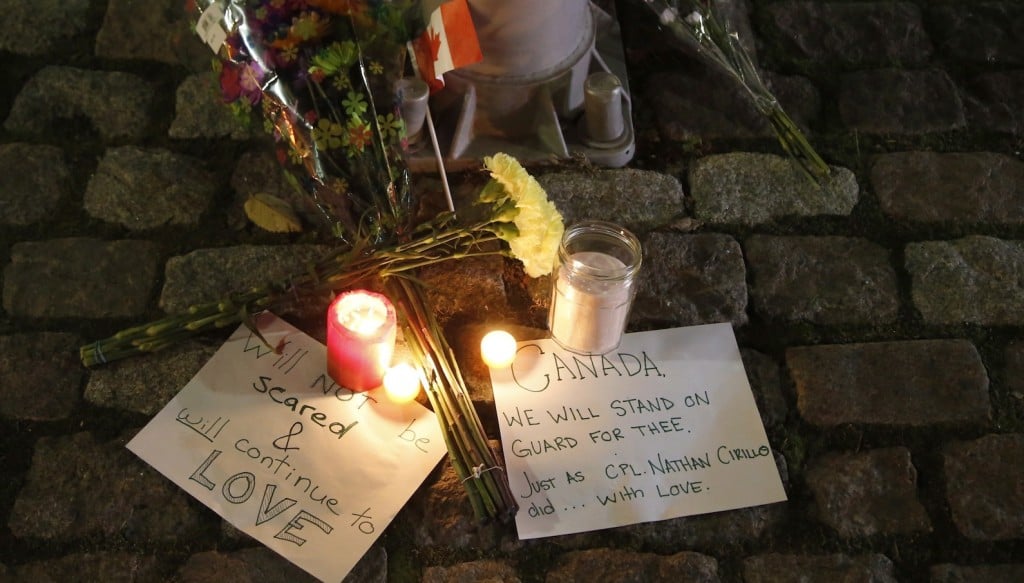 OTTAWA – The RCMP will give awards to 20 Mounties and former House of Commons security officers in recognition of their bravery when a gunman stormed Parliament Hill last year.

The national police force will make the presentations during a private Nov. 23 ceremony at RCMP headquarters.

The RCMP says the awards are intended to recognize the “bravery, dedication and quick thinking” of those who were directly involved in the events of Oct. 22, 2014.

On that day, Michael Zehaf Bibeau fatally shot honour guard Cpl. Nathan Cirillo at the National War Memorial before rushing into Parliament’s Hall of Honour, where he was killed in a flurry of bullets.

RELATED: The heroes of October 22

Former House of Commons sergeant-at-arms Kevin Vickers, now Canada’s ambassador to Ireland, was lauded for his role in subduing Zehaf Bibeau, but there has been no formal recognition of others.

The RCMP was responsible for the grounds of the parliamentary precinct during the attack, while House of Commons and Senate security forces had jurisdiction inside the Parliament Buildings.

Those who will receive awards prevented harm from occurring to others, said RCMP Assistant Commissioner Gilles Michaud. “It is a sobering reminder of the unexpected danger our members and employees can face in law enforcement.”