Resigning on principle? It (almost) never happens in politics

When Jane Philpott stepped down as Treasury Board president on Monday, she joined a small handful of historic examples 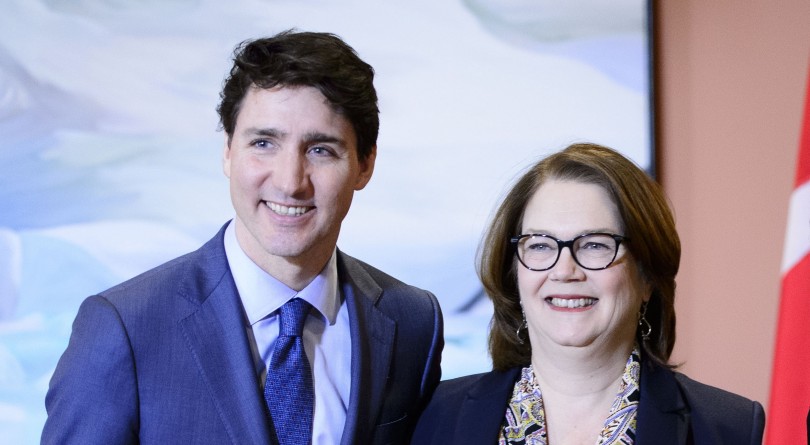 It is difficult to come up with any recent example of a Canadian cabinet minister resigning on principle, let alone one with anything near the devastating political impact that Jane Philpott stepping down as Treasury Board president on Monday has unleashed on Justin Trudeau’s government.

In a tweet announcing the decision that dropped jaws across Ottawa, she wrote, “There can be a cost to acting on one’s principles, but there is a bigger cost to abandoning them.” Her resignation letter explained that given the constitutional convention of cabinet solidarity in Canada, compelling ministers to defend all cabinet decisions and speak in support of the government, “it is untenable for me to continue to serve as a Cabinet minister.”

Philpott is close friends with Jody Wilson-Raybould, the former Attorney General who resigned from cabinet herself on Feb. 12, and whose testimony before the House of Commons justice committee last week implicated Prime Minister Justin Trudeau, his top advisors and even the clerk of the Privy Council in what she described as sustained and inappropriate political efforts to help the Montreal construction giant SNC-Lavalin out of a legal jam. In her resignation letter, Philpott highlighted the issues of “independence and integrity of our justice system” that were central to Wilson-Raybould’s testimony last week.

“It is a fundamental doctrine of the rule of law that our Attorney General should not be subjected to political pressure or interference regarding the exercise of her prosecutorial discretion in criminal cases,” Philpott wrote. “Sadly, I have lost confidence in how the government has dealt with this matter and in how it has responded to the issues raised.”

Canadian political history contains only a handful of other cabinet resignations on principle. They include:

It was the defeat of John Turner’s 1974 budget that triggered the election that brought Pierre Trudeau’s government back to majority territory, but as Turner struggled to control inflation, it was widely known that he wanted out of finance. By the summer of 1975, media reports had him mulling over quitting the government and leaving politics entirely.

Turner and Trudeau met and attempted to hash things out twice without resolution. Ultimately, Turner was fed up with what he saw as a government out of step with the reality of the economy and which had failed to support his fiscal policies. He also didn’t see a way to seize the leadership of the Liberal Party anytime soon, and so he submitted his resignation from cabinet on Sept. 9, 1975.

The resignation became massive political news, though opinion was divided between those who saw it as a betrayal of Trudeau and others who believed Turner was the sympathetic party.

In 1976, Turner quit politics and switched to corporate and legal work. In 1984, after Trudeau left politics for keeps, Turner threw his hat into the leadership ring and won on the second ballot, defeating Jean Chrétien. Turner automatically became Prime Minister, as the newly minted leader of the governing party, but after he dissolved Parliament and called an election for September 1984, his party was demolished by Brian Mulroney’s Progressive Conservatives.

The Liberals improved their ballot box showing in 1988, but Turner eventually resigned the leadership in 1990 and was succeeded by Chrétien.

Lucien Bouchard was minister of the environment and Brian Mulroney’s Quebec lieutenant when the Progressive Conservative government was making a second attempt to secure Quebec’s agreement on the revised Constitution.

To that attempted end, the Meech Lake Accord declared Quebec a “distinct society” and afforded the provinces more power. Bouchard was frustrated by what he perceived as Mulroney’s excessive concessions, and he sent a telegram of support to the Parti Québécois and declared himself a sovereigntist.

The exact terms of Bouchard’s departure have been disputed by the parties involved. Bouchard insisted he quit, but after the fact, Mulroney maintained that he fired him. “I said to him, ‘I have no choice but to demand your resignation immediately which I am now doing. You are no longer a member of my government. I have no idea why you did this, one day we will know,'” the former prime minister said in conversation with author Peter C. Newman.

In 1991, Bouchard established the Bloc Québécois with a cadre of other disenchanted Conservative and Liberal MPs from Quebec. In the 1993 federal election, the nascent party took 54 seats and Bouchard became the leader of the Official Opposition.

The whole affair caused an irrevocable rift between the former political colleagues. “Friends should not be in politics together when they disagree over principles,” Bouchard told CBC years later.

On Nov. 27, 2006, the House of Commons overwhelmingly passed a motion stating “That this House recognize that the Québécois form a nation within a united Canada.” The motion had been Prime Minister Stephen Harper’s retort to a similar Bloc Québécois motion that did not have the benefit of mentioning Canada.

The motion was controversial, though Harper had argued that he used the word nation in a “cultural-sociological” sense and not a legal one. He had ordered his MPs not to oppose the motion or they could be expelled by caucus.

Conservative MP Michael Chong was Harper’s intergovernmental affairs minister at the time, and he resigned from cabinet in protest against the motion, saying it was too vague and opened the door to distinctions he found troubling. “To me, recognizing Quebecers as a nation, even inside a united Canada, implies the recognition of ethnicity, and I cannot support that,” he said. “I do not believe in an ethnic nationalism. I believe in a civic nationalism.”

The motion ultimately passed by a wide margin of 265-16. Chong went on to run unsuccessfully for the Conservative leadership in 2017, and remains a Conservative MP today.