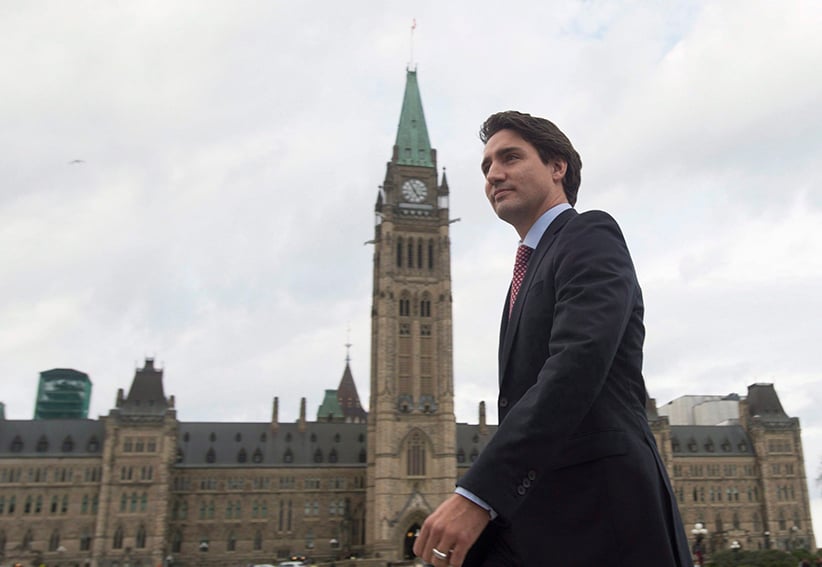 OTTAWA — Justin Trudeau intends to formally open the new Liberal era with an emphasis on teamwork and openness — in stark contrast to what he’s characterized as the secretive, one-man rule of Stephen Harper.

The prime minister-designate and his new ministers will arrive together, on a bus, for Wednesday’s swearing-in ceremony at Rideau Hall.

Rather than a parade of private cars depositing soon-to-be ministers one at a time on the Governor General’s doorstep, the Trudeau gang will walk together up the long, tree-lined driveway.

They’ll no doubt be cheered on by a throng of onlookers.

While the Rideau Hall grounds have been open during swearing-in ceremonies in years gone by, this is the first time an open invitation has been issued to the general public.

What’s expected to be a sizable crowd will be able to follow the proceedings on large-screen TVs to be set up outside the Governor General’s mansion.

“It is sort of showing how much more open and transparent the new government intends to be,” said Trudeau spokeswoman Kate Purchase.

As for the new ministers arriving and departing as a group, Purchase said: “We’ve been talking for two years about building the team, and this is the team.”

The composition of Trudeau’s cabinet will similarly be aimed at demonstrating the “real change” the Liberal leader promised to provide throughout the marathon election campaign.

He has vowed that half his ministers will be women and that his cabinet will be smaller than Harper’s 39-member ministry. Insiders expect the total number to be just under 30 members.

Moreover, Trudeau is expected to bypass some experienced veterans to give precedence to newcomers, sending the message that this is a new government, not a return to an old Liberal government.

More than 150 of the 184 Liberals elected on Oct. 19 will not make it into cabinet and there are likely to be some bruised egos among them. Some will be mollified by being named parliamentary secretaries to ministers, while insiders hope others will be assuaged by Trudeau’s promises to empower backbenchers and bolster the clout of parliamentary committees.

And there could well be more committees for Liberal MPs to chair. For one, Trudeau has promised a special all-party committee to recommend alternatives to the first-past-the-post electoral system. He could similarly create a special committee to deal with medically assisted dying or other difficult, pressing issues.