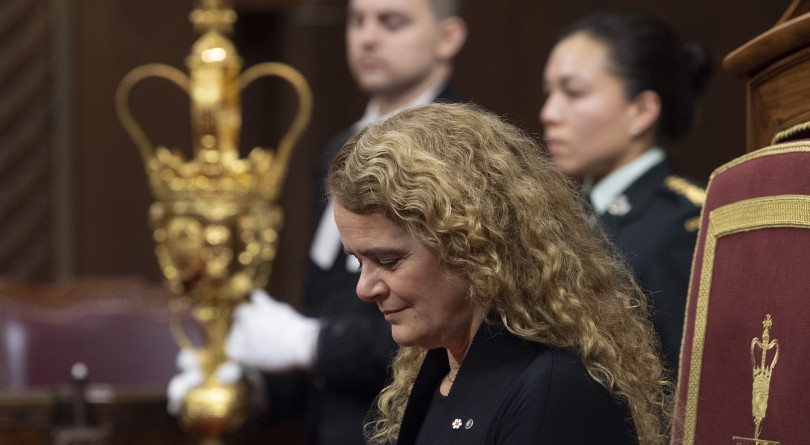 One of the first internal evaluations of Governor General Julie Payette’s performance at Rideau Hall gave the former astronaut and rookie public servant a poor score. In 2018, the federal government’s annual Public Service Employee Survey—a probe of bureaucrats’ workplace experience, filled out by more than 160,000 federal workers—raised alarm bells about an apparent harassment issue in the Office of the Secretary to the Governor General (OSGG). The results also pointed to a lack of trust in senior managers.

This week, the feds released the results of the 2019 version of the public service employee survey. Conditions at Rideau Hall have improved in a number of areas. Twenty-two per cent of respondents claimed to have experienced harassment in the past year, down from 25 per cent in 2018. That’s the third-highest number of any federal department or agency. The average across the entire public service was 14 per cent (down from 15 per cent in 2018). And trust in senior managers, which had plummeted from previous levels in Payette’s first year, is rising marginally. Last year, only 49 per cent of respondents said their senior managers led by example in ethical behaviour. That’s up to 55 per cent. Forty-five per cent said they “had confidence” in their bosses in 2018. That’s now up to 50 per cent. And the one-third of respondents who said senior managers made “timely and effective decisions” in 2018 has increased to 40 per cent.

But Payette’s shop isn’t necessarily out of the woods: reported harassment is falling, but it’s also evolving. In 2018, employees largely pointed to harassment in the form of offensive remarks, aggressive behaviour and excessive control—all of which decreased in 2019. But staff now report substantial upticks in “being excluded or ignored” (to 40 per cent from 30 per cent), “humiliation” (to 50 per cent from 36 per cent), and “interference with work or withholding resources” (to 41 per cent from 27 per cent).

A former Rideau Hall employee who left during Payette’s term says morale was so poor among non-managers in 2018 that long-time employees felt forced to leave. “I saw people that had been there for their entire career leave on stress leave and then move departments,” said the source, who Maclean’s agreed not to name because they still work in the public service. “People who are basically institutions in that place, people that heavily contributed to the past successes of Rideau Hall. It’s really sad to see.”

Last year, a Rideau Hall spokesperson said the office was addressing internal issues by offering “training for all employees and managers … on topics such as respect in the workplace and mental health.”

Now, a spokesperson says the OSGG will examine this year’s survey results “over the next few weeks”—and pointed out that the office had, broadly speaking, more positive results across the entirety of the survey. “We are pleased to see that overall we have improved our results, in almost all metrics, and in some cases we have performed better than the Public Service. We welcome the survey because it provides us with information that allows us to better direct our efforts towards supporting a healthy and safe work environment.”

More than 180,000 employees across the entire federal bureaucracy completed the 2019 survey. Some departments that reported disproportionately high harassment levels in 2018 dropped significantly in 2019. The Department of Women and Gender Equality’s number dropped markedly from 23 per cent to the public service average. Just over one-quarter of Correctional Service Canada respondents reported harassment, down from almost one-third in 2018.

The Department of Finance has the least reported harassment—six per cent of 590 respondents—of any major federal ministry. And that department’s staffers have among the highest confidence in senior managers, too. Eighty-eight per cent of respondents “have confidence in” the higher-ups, and the same proportion say senior managers lead by example in ethical behaviour. Both represent seven-point improvements over 2018 data.