Ambrose on her friend, Laureen Harper: 'The work that she does for Canada, she does quietly. Not for the cameras, but for the cause.' 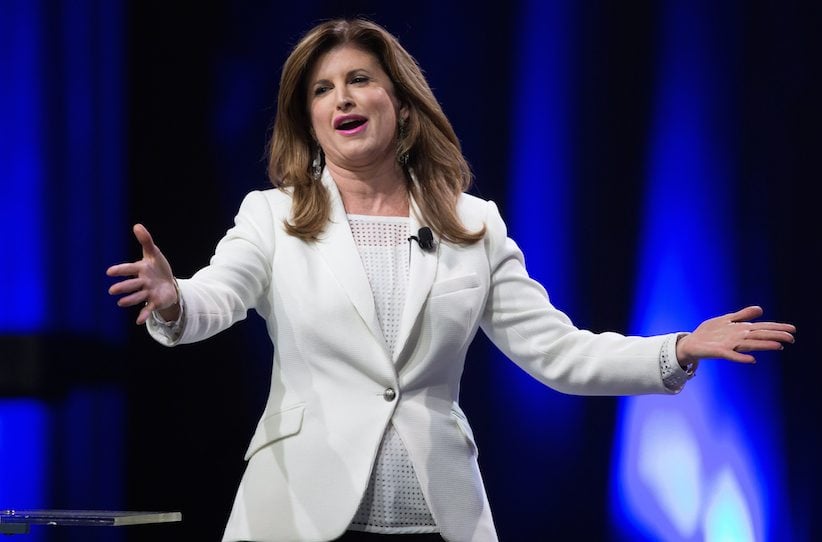 OTTAWA — Interim Conservative leader Rona Ambrose is praising the quiet style of her friend Laureen Harper, saying she preferred to stay in the background.

“She doesn’t maintain or want a splashy public persona,” Ambrose said in a speech to the Conservative party convention Thursday night as she introduced the wife of former prime minister Stephen Harper.

“The work that she does for Canada, she does quietly,” Ambrose said. “Not for the cameras, but for the cause.”

Ambrose never mentioned Sophie Gregoire Trudeau by name, but her tribute was seen as a thinly veiled critique of the high-profile wife of current Prime Minister Justin Trudeau, who is becoming something of a fashion icon and is highly sought after as a speaker in both English and French.

Conservatives and New Democrats have been attacking the Liberals in recent weeks after Gregoire Trudeau asked for extra staff to help her manage the high volume of requests she gets for charity work and public appearances.

They say her request shows the prime minister’s family is out of touch with regular Canadians. Gregoire Trudeau has an assistant, a chef, an official residence and two nannies to help care for the three young children.

Related reading: Rona Ambrose gets the key to Stornoway

They also question why taxpayers, instead of the Liberal party, should pick up the tab when the spouse of the prime minister — unlike U.S. president’s wife, the so-called first lady — has no officially defined role.

Political marketing expert Alex Marland says there is a risk in criticizing charismatic figures on personal grounds, because people want to give them the benefit of the doubt.

“Celebrity acts as a bit of an insulator, so you can kind of laugh at people and criticize them and ridicule them even, but it doesn’t actually bring them down,” said Marland, a political science professor at Memorial University in St. John’s.

Michele Austin, an Ottawa lobbyist and Conservative commentator, said Ambrose was primarily showcasing the community service and advocacy — on everything from fostering kittens to anti-bullying initiatives — that Harper devoted herself to during the decade her husband was in power. 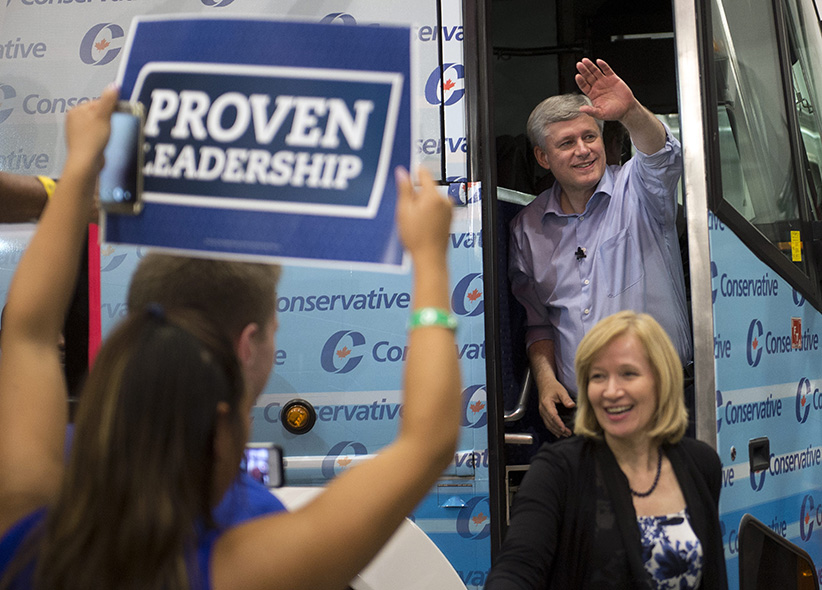 “But absolutely Laureen Harper has a very different way of doing things than Sophie Gregoire Trudeau and I think that given the audience here, they certainly support the way Laureen Harper approached it more behind the scenes, quietly and doing her thing,” Austin said by phone from Vancouver.

“That’s not to say Ms. Gregoire Trudeau’s work is not as effective, they just certainly have a very different style,” Austin said.

Conservative commentator Tim Powers, who works with Austin at Ottawa-based lobbying firm Summa Strategies, said the Ambrose speech also reminded delegates at the convention that the party does not have to try and emulate the Trudeaus’ aura of celebrity to achieve electoral success.

“You don’t have to be flashy to be successful,” said Powers, who was also at the convention in Vancouver.

Related reading: What do we expect of a prime minister’s spouse?

He said some Conservatives are feeling overwhelmed by the amount of attention Trudeau and his wife are getting and may think, as the party begins the leadership race to replace Stephen Harper, their best bet is to gravitate to another celebrity — such as reality-TV star Kevin O’Leary, who has expressed an interest in the job.

Power said Ambrose wants to remind people that might not be the best strategy.

“Be true to who you are and what you offer and you might get on a road to success too,” he said.

Trudeau spokesman Olivier Duchesneau, who declined to comment on the speech, said the prime minister’s office has not yet decided whether Gregoire Trudeau will get a second assistant.

Liberal commentator Amanda Alvaro says Ambrose sent the wrong message to girls and women by suggesting the spouse of a prime minister needs to stay out of the spotlight.