UPDATED: Scenes from a stakeout

For still more coverage, check out Colleague Wells via videoblogthing, my experiments with twitterdom (in reverse chronological order, so it might make slightly more sense if you start on page three and go forward) – and, of course, Aaron Wherry, who covered the whole thing in a slightly more conventional way. 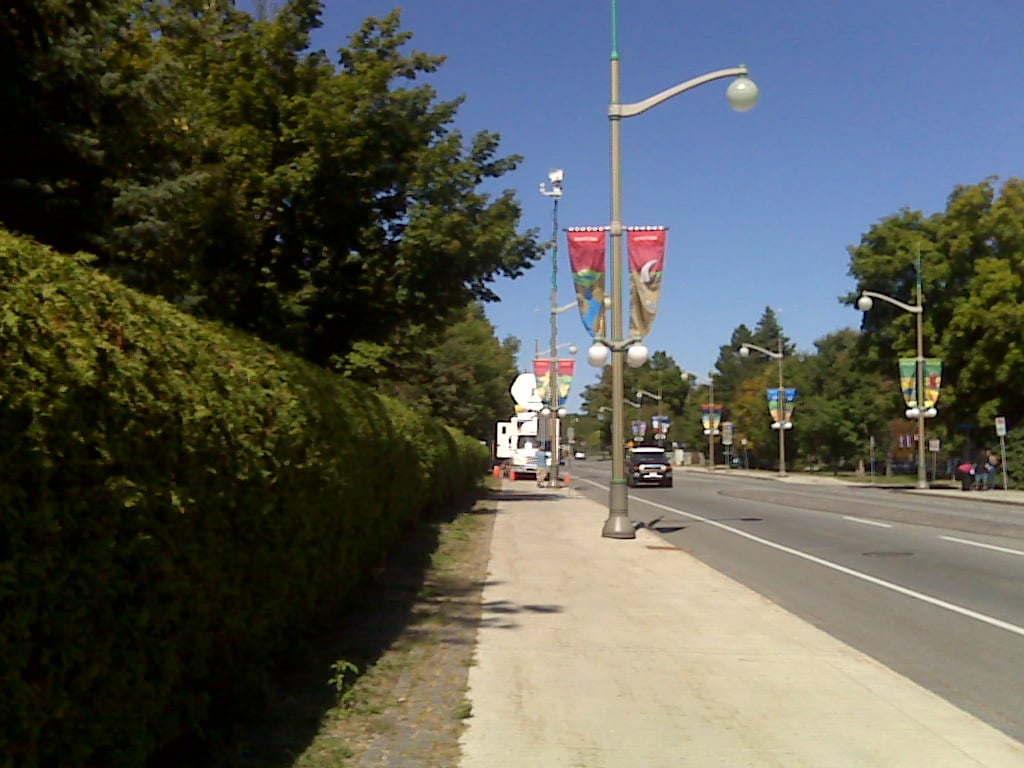 A sure sign of events transpiring: The CTV satellite van. 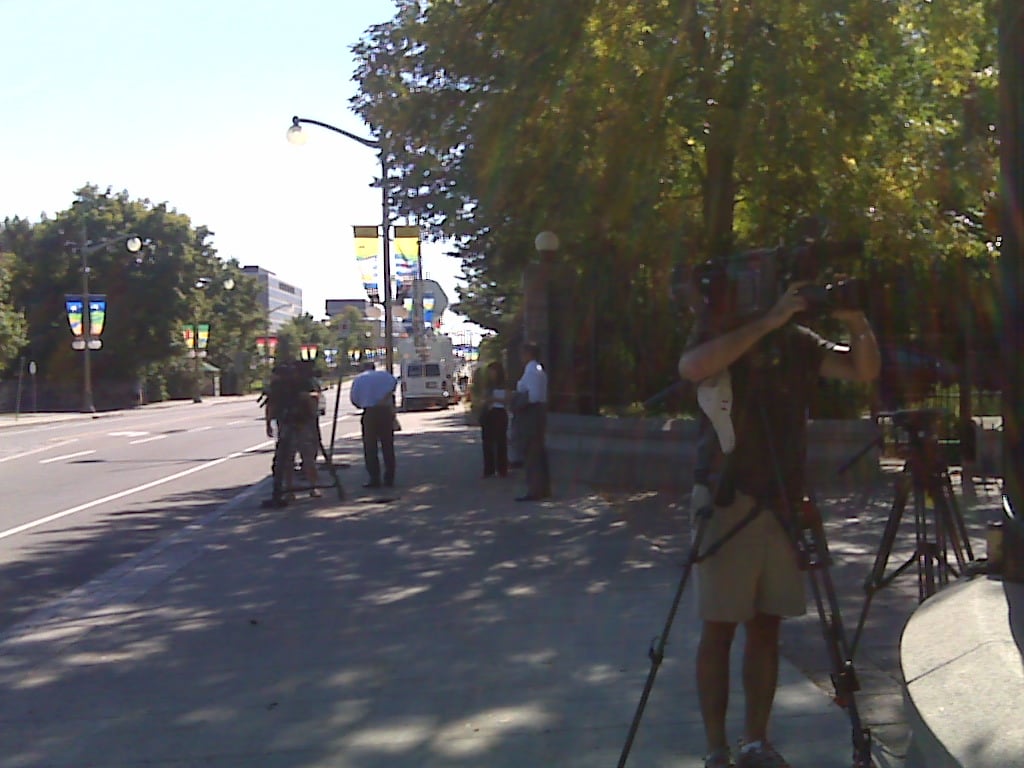 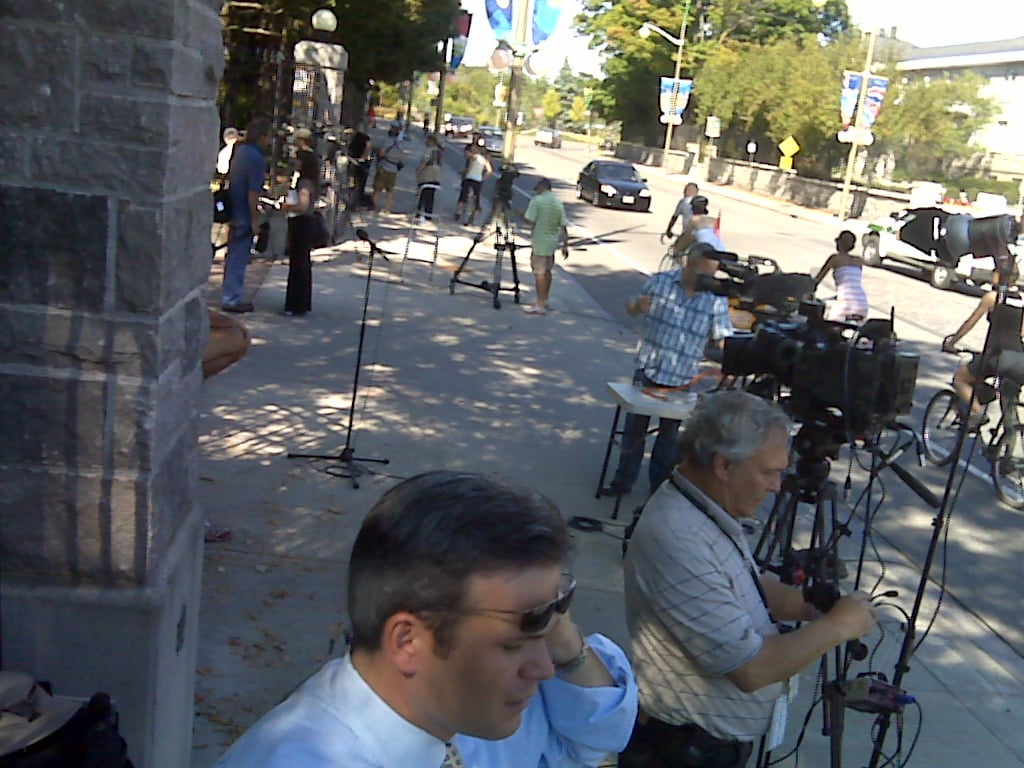 Last shot of scrum assembly until something actually happens, I promise. 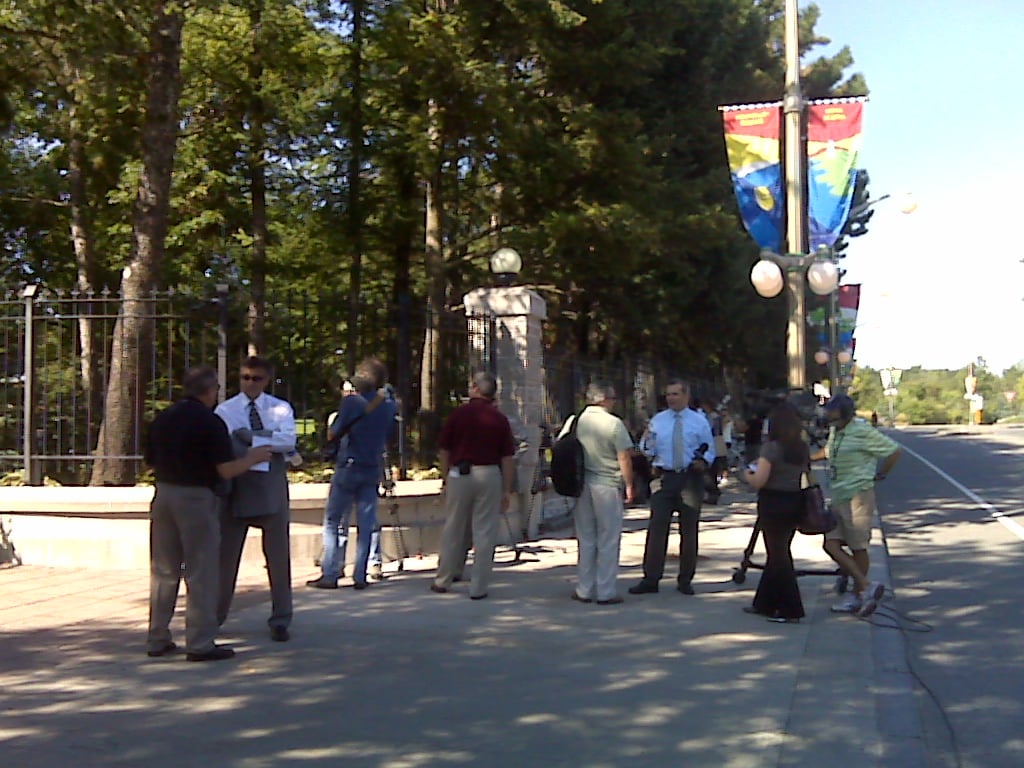 Okay, who can pick out the member of Team Dion, who is here earlier than his boss? Hint: I'm pretty sure he's the only one in the shot wearing a tie. 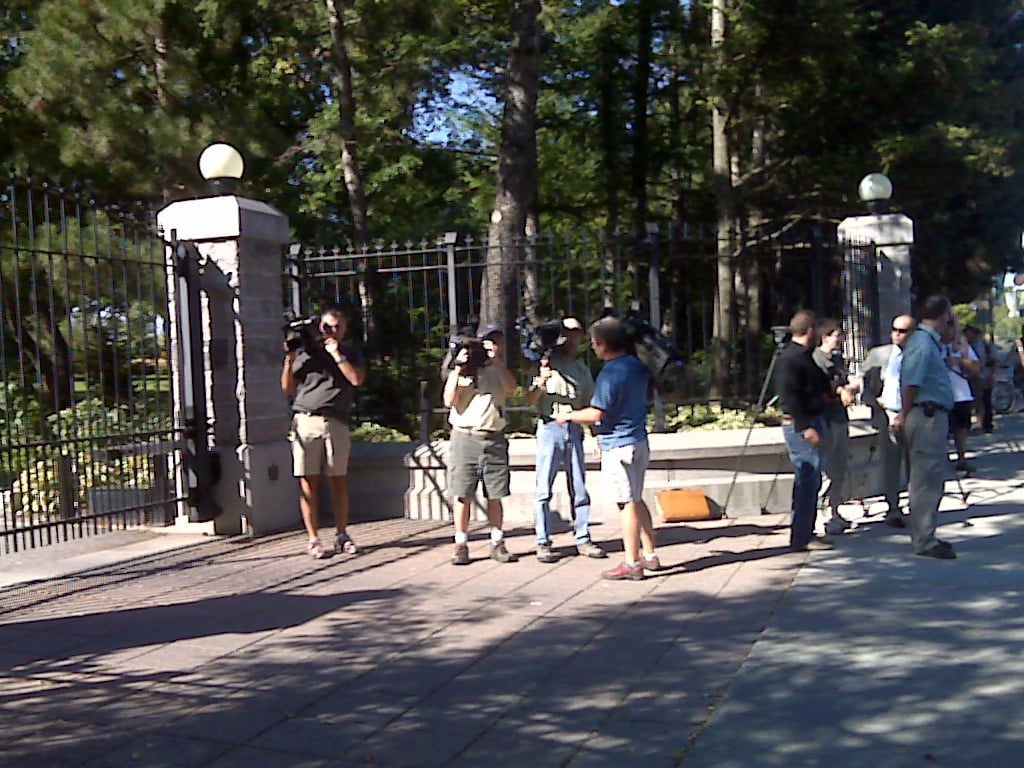 Look, it's a gauntlet! Don't you just want to like, run it or something? 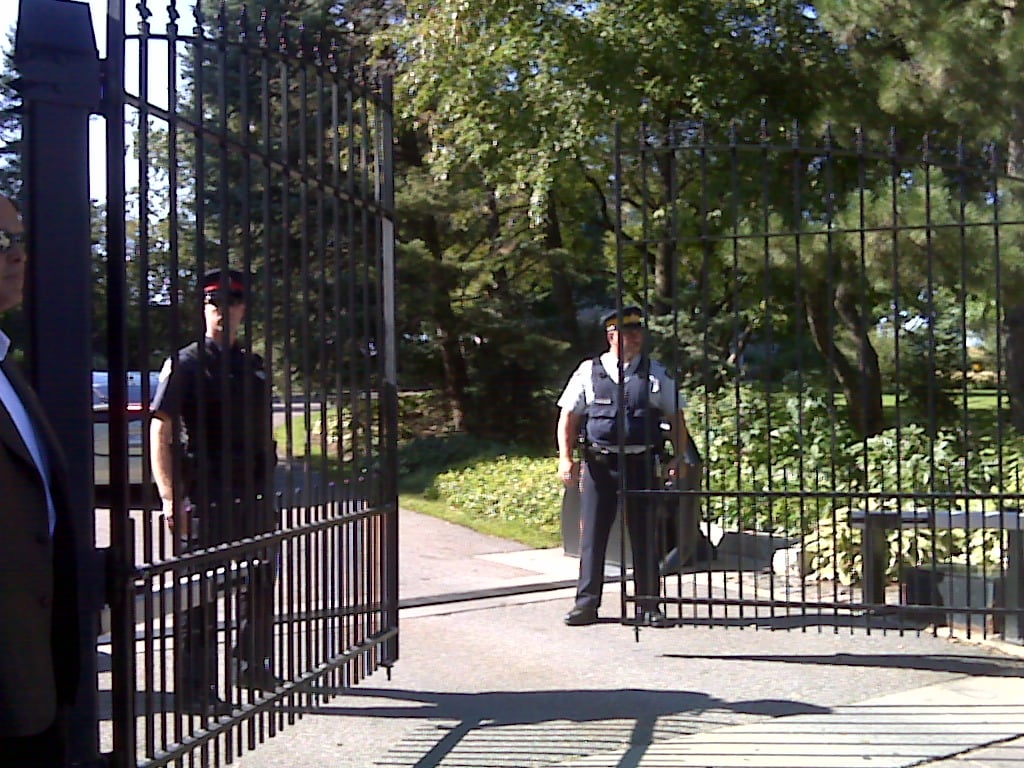 And the gates swing slowly and ominously shut behind the Dionmobile. Which, we should note, is a very sensible mossy-grey green, and almost surely gets excellent mileage. Also, I didn't manage to capture it on film, but it has a cute little namecard tucked in the corner of the front window that says "Hon. Stephane Dion", just in case the security guards don't recognize him, I guess. 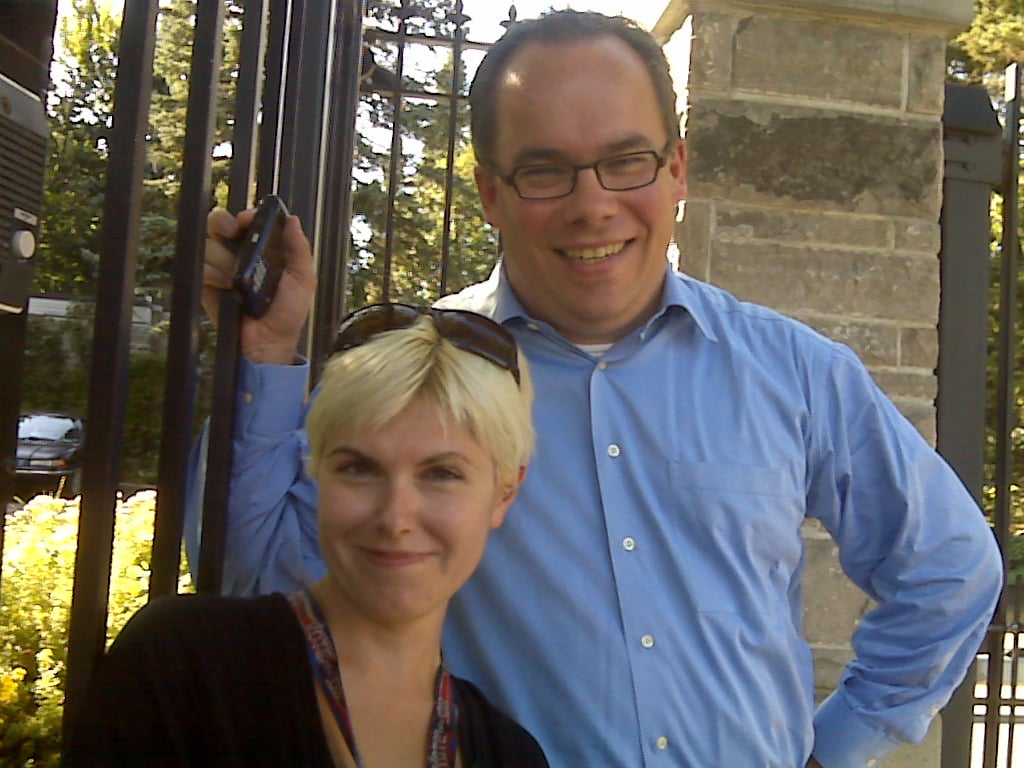 Two thirds of the crack Macleans.ca election team. (The other third had taken one look at our manic glee at having new technological toys with which to play, and quite sensibly retreated out of camera range.) 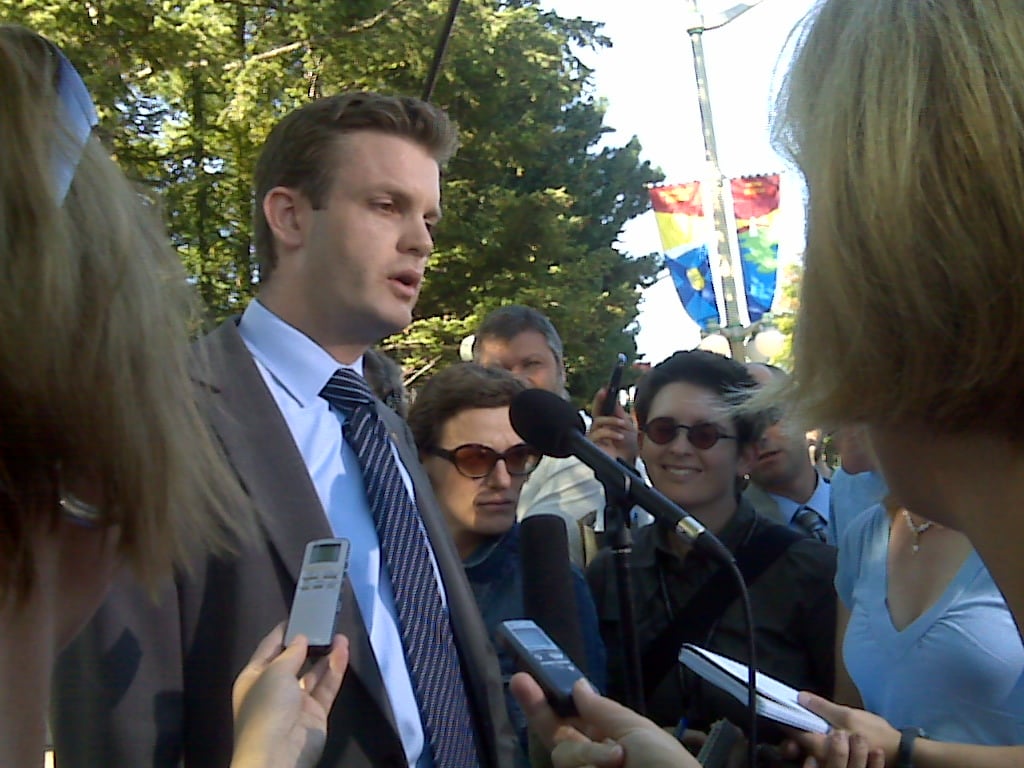 Kory keeps a straight, solemn, soulful face better than almost anyone I know. You would swear he’s actually surprised and disappointed that the meeting didn’t end with a group hug.

And a few random-type photos.. 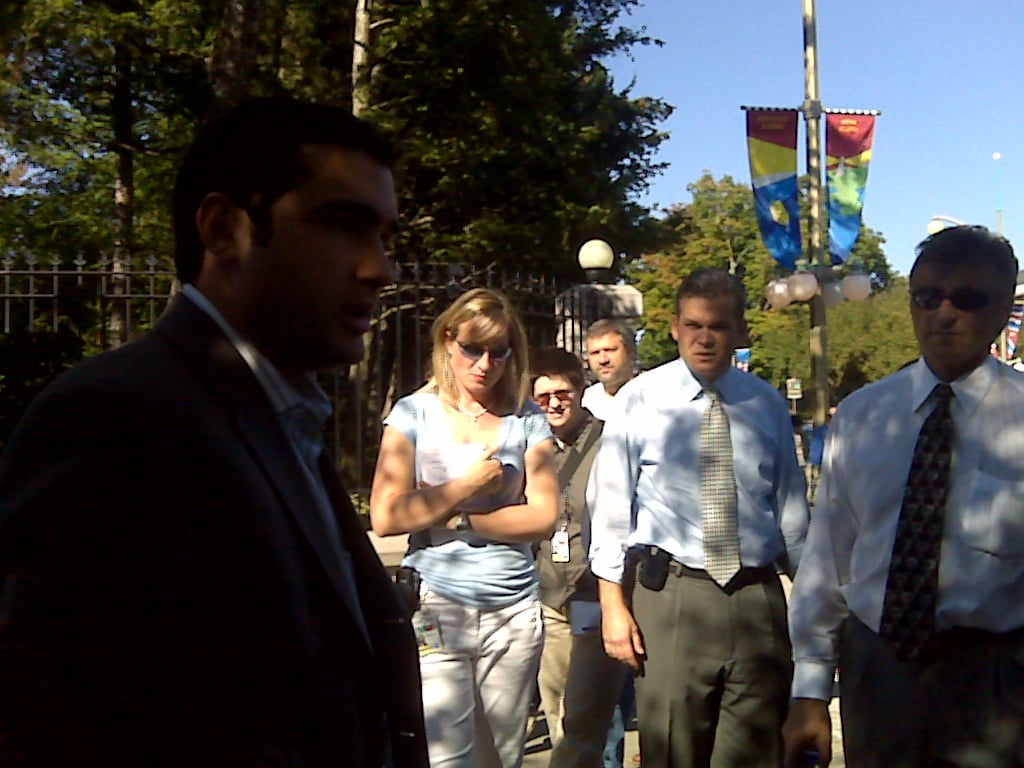 Dimitri explains, with charming solemnity and a sleek tie-free elegance, that it is most unusual that Dion would insist on bringing an aide into the meeting. Not mano a mano, but mano a mano a mano, suggests the incandescent Alison Crawford from CBC (not pictured). 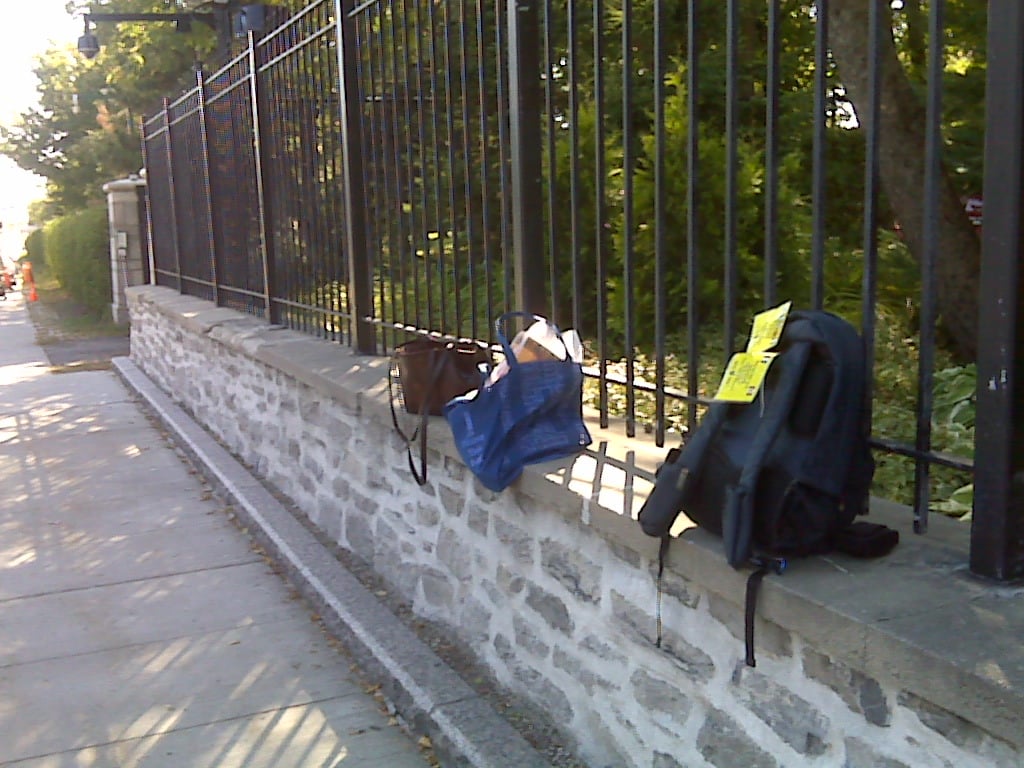 At one point, a security guard came over, surveyed this scene, and asked me and the Globe's Heather Scoffield, "Do these belong to you young ladies?" To which I replied, "Yes, although one also belongs to that young gentleman," and gestured vaguely at David Akin. "Alright, then," he said, and headed back behind the gates, presumably reassured that there was no need to bring out the sniffer dogs and the remote stuff-exploder thingy. 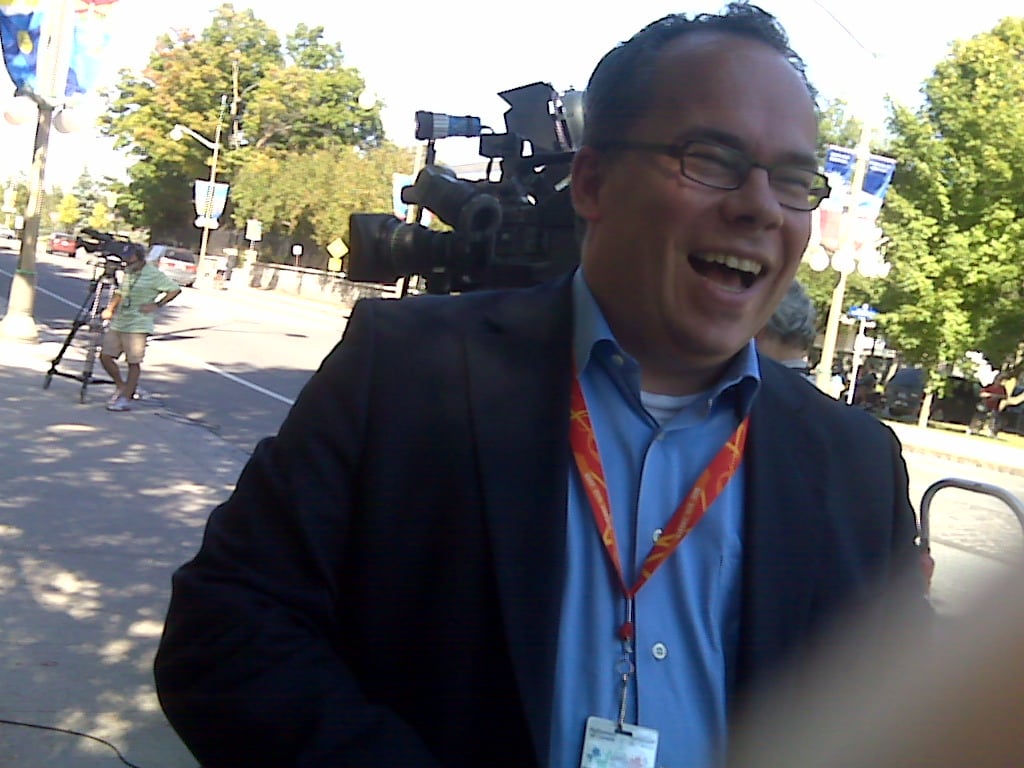 Who says a stakeout can't be fun? Not Colleague Wells, that's for sure. 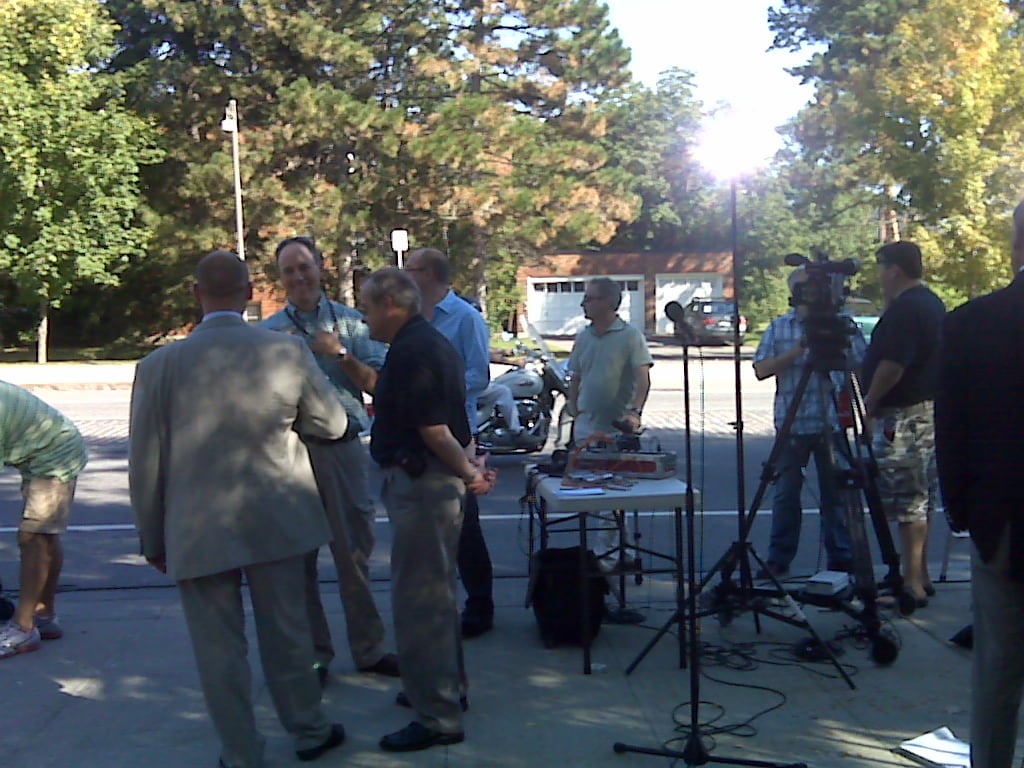 At least there were shade-providing trees overhanging the sidewalk, or this could have ended with us all being carried off to emergency suffering from sunstroke. 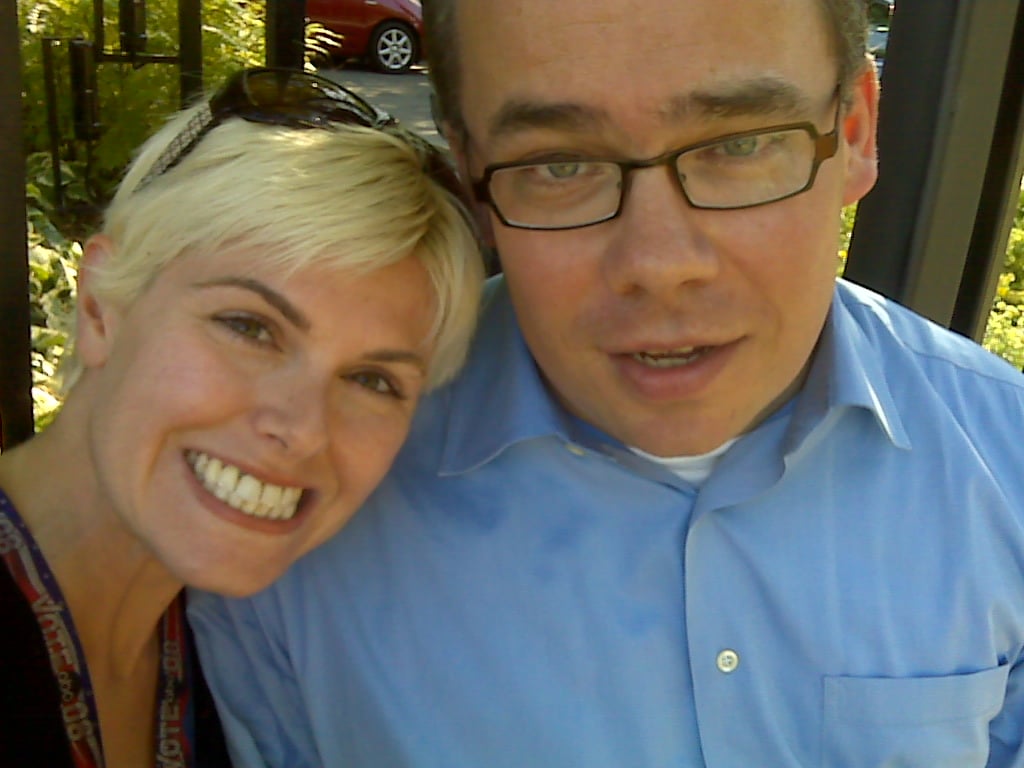 At least we didn't resort to interviewing each other, y'all, although it was touch and go for a few minutes there. To be honest, I'm almost sorry we've run out of opposition leaders to meet with the PM -- it wasn't a bad way to spend an afternoon, all things considered. In any case, bring on the election!