Politics Insider for June 20: Scheer's 'real' climate plan, what Chretien's done to Canada and the fix for a broken world 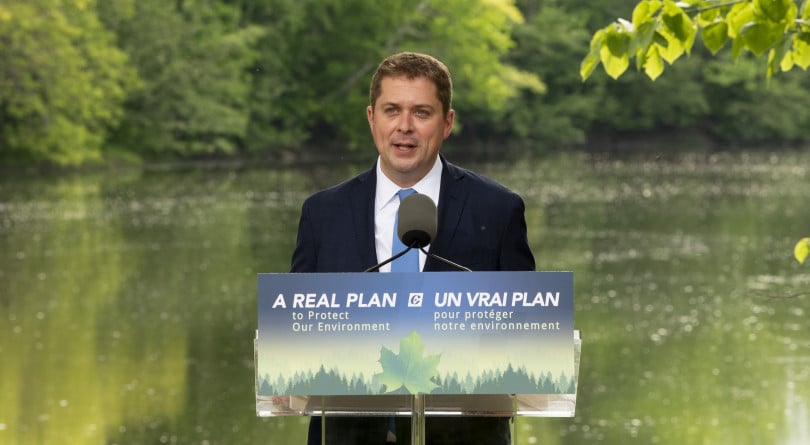 It’s really real: Red tape, tax incentives and technology—that’s Andrew Scheer‘s “real plan” to fight climate change, a proposal he laid out at the last of his get-to-know-me speeches on Wednesday. (CBC News)

What it has: a vow to force large emitters to invest in green tech if their emissions exceed 40 kilotonnes or more per year; a two-sentence acknowledgement that human activity is a major contributor to rising global temperatures; a promise to create a “Canadian Clean” brand to stamp on Canadian exports that are produced with lower emissions than in other countries, such as aluminum; a “green patent” credit that slashes corporate tax rates on companies developing green technology and a “green homes tax credit” for homeowners to upgrade their homes.

What it doesn’t have: a carbon tax; any specific projections about emission reductions beyond claiming to be the “best chance” for Canada to meet its Paris climate commitments or any details about how much large emitters will have to invest in emissions-reducing research and development if they exceed the 40 kilotonne limit. (“A Real Plan” website)

The Cooper controversy: Scheer leapt to the defence of Conservative MP Michael Cooper after the CBC reported that when Cooper was in law school a decade ago he declared Canada to be a “Judeo-Christian civilization” that is incompatible with “goat herder cultures.” Cooper denied ever saying such a thing, and Scheer—who earlier this month kicked Cooper off the Justice committee for reading words from the Christchurch mosque killer to a Muslim witness—said if Cooper says it didn’t happen, it didn’t happen. “In a case of an allegation that is not backed up by contemporaneous notes … I certainly take Michael Cooper at his word,” Scheer said, apparently overlooking the fact that one of Cooper’s former classmates wrote about the incident (without naming Cooper) at the time in the University of Alberta Law School newspaper, Canons of Construction, including the alleged “goat herder” comment. In response to the allegation Cooper said he has “instructed my counsel to take all necessary legal measures.” (Original CBC story, Scheer on Power & Politics)

Thanks Jean: In the eyes of Beijing, the solution to the diplomatic row with Canada is easy to resolve—all the federal government has to do is reject its extradition treaty with the U.S. and free Huawei executive Meng Wanzhou. How could Chinese officials have gotten such a non-starter of an idea in their heads, asks Terry Glavin. Because a certain former prime minister keeps telling them so:

It’s because of what Beijing has been hearing loudly, clearly and consistently since last December, because that’s what Chrétien, former deputy prime minister John Manley, the dependably pro-Beijing think-tanker Wenran Jiang and quite a few others from that crowd have been saying, loudly, clearly and consistently, from the beginning. It’s this: All Trudeau has to do is say the word and for the first time in its 48 years of existence, the extradition treaty between Canada and the United States can simply be ignored, just like that.

And Canada would be welcomed into China’s camp, and turned against the United States at last, just as Beijing has been hoping for all along.

“I don’t think they know or care what kind of damage they’re doing to this country,” is the way a senior Team Trudeau insider put it to me the other day. “With what they’ve done, there’s no reason for China to take our protestations seriously.” (Maclean’s)

One down: Mexico beat both Canada and the U.S. to the USMCA ratification finish line. Ottawa has just two days of regular time in Parliament to do the same before the summer break and election (though MPs could be recalled to push the deal through) while the U.S. is looking as far away as ever from getting ratification done. Speaker of the House Nancy Pelosi said Democrats wouldn’t pass the trade deal if it’s just “NAFTA with sugar on top.” (Associated Press, Global News)

The fix for a broken world: When cellphones across Ontario chimed twice in recent months with Amber Alerts signalling the abduction of young children—one child, 11-year-old Riya Rajkumar, was found murdered—they triggered ugly responses from some individuals, incensed at being disturbed by the alerts. These incidents were signs that something is seriously broken with the world, writes Anne Kingston in the cover story from the latest print issue of Maclean’s, and its a wound that can only be healed through compassion:

The selfish reaction to the alert was upheld as more proof of dwindling societal empathy, of “me-first” narcissism, of the further tattering of the social contract that citizens share. The reaction to the reaction was telling, too—reflexive judgment, mockery and name-calling. The entire dust-up serves as a microcosm of a far bigger conflict now playing out: the urgent call for compassion as the last-gasp remedy for systems on the brink—politics, health care, civil society, the planet itself. (Maclean’s)

Rights on: Against the backdrop of Canada’s dispute with China, not to mention tensions with several other nations, Canadians feel human rights trump trade, according to a new poll. The survey by Ipsos Public Affairs found 39 per cent of Canadians believe Canada should prioritize the human rights record of a country when deciding whether to pursue relations, versus 34 per cent who said economic benefits should be the top deciding factor. (Global News)

Grading Trump: With Donald Trump likely to be a factor in the upcoming election, more than two-thirds of Canadians feel the U.S. President has been “bad” or “very bad” for Canada. In the survey by Research Co., 65 per cent shared that belief. Not everyone agrees. Nearly one-third of Albertans and 30 per cent of Conservative voters feel warmly towards Trump, compared to just 17 per cent for Canadians as a whole. As for who is best suited to deal with Trump, Canadians give the nod to Trudeau over Scheer by a factor of two-to-one. (CTV News)