Scheerwatch: 'Everything is on the table' ahead of review

Politics Insider for Oct. 30: Tory post-mortem, Trudeau gets on the horn and a strategic voting breakdown 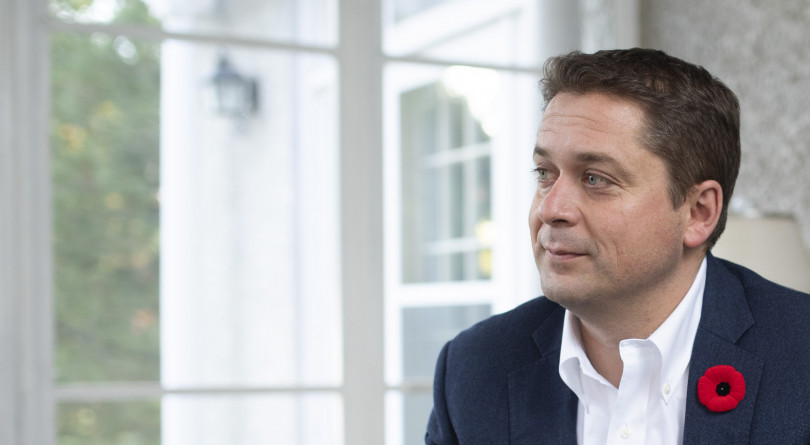 Conservative Leader Andrew Scheer participates in an interview reflecting on the 2019 Federal election, in Ottawa, on Thursday, Oct. 24, 2019. THE CANADIAN PRESS/Justin Tang

Both Justin Trudeau and Andrew Scheer are spending their time trying to understand why things went so wrong for them in the election. For Trudeau it’s about solving his Western problem. For Scheer it’s a matter of keeping his job.

Post-mortem meet-up: Top members of the Conservative Party descended on Ottawa for a two-day post mortem of the campaign and Scheer’s performance. Senior Conservative MP Mark Strahl, who is attending the meetings, said “everything is on the table … If personnel need to be changed they will be changed” though he told the Globe he doesn’t think the party wants a divisive leadership race right now. Also in on the confab: defeated MP Lisa Raitt along with MPs Candice Bergen, Chris Warkentin, Alain Rayes, John Brassard and Diane Finley. While Raitt describes the meetings as “normal” pre-sitting stuff, she and other Conservatives say the party needs to find a way to answer and contain questions about Scheer’s social-conservative positions on abortion and same-sex marriage.

Clearly: With a growing number of Conservatives voicing displeasure with their leader, Scheer faces a leadership review when the party meets for its next convention in April in Toronto. He’s hoping to get a “clear mandate” from that review, which incidentally is exactly how Trudeau described his lacklustre minority-government win on election night.

Only a phone call away: One thing is clear, Trudeau has his work cut out for him to win over alienated Western voters, who completely turfed the Liberals from Alberta and Saskatchewan. For now he’s working the phones. He put in calls to the mayors of Regina and Saskatoon, the latter of which described the call as a “first step. … The Prime Minister today didn’t mince words or simplify any of the situation,” said Charlie Clark.

Saskatchewan summit: But Saskatchewan Premier Scott Moe said it’s time for a face-to-face with Trudeau in Ottawa to hash out a “new deal for Canada.” As for Moe’s reluctance to challenge the rumblings of separatism coming from some parts of the province, the self-styled “frustrated federalist” said it’s Trudeau’s move now: “We have to work with the prime minister of Canada to ensure that Saskatchewan will be a strong and united partner within the nation. This conversation is in the prime minister’s hands.”

A little advice: Meanwhile Trudeau met Gov. Gen. Julie Payette Tuesday, and the pair no doubt discussed a timeline for reconvening Parliament (though no date has been set yet.) As he sets about selecting his new cabinet against the backdrop of a fractured regional landscape, Trudeau also tapped two high-profile women from Alberta and Quebec to serve as transition advisors. He brought in Albertan and former deputy prime minister Anne McLellan — who you might remember from such advisory roles as the marijuana legalization task force and the post-SNC-Lavalin-scandal question of splitting the roles of minister of justice and attorney general. He also recruited Quebecer Isabelle Hudon, the current ambassador to France.

Trudeau’s minority government status might be precarious — and could become even more so, depending on the outcome of a pair of recounts that have been requested — but it could have been worse. Strategic voting played a significant part in the election outcome, and some of those voters were apparently won over by Trudeau’s dire warnings that a vote for anyone but the Liberals was a vote for Scheer. According to a new Leger poll, 46 per cent of respondents who did vote Liberal had considered voting for the NDP earlier in the campaign.

‘Canadian voters deserve pity’: In the wake of the election, here’s some of what Maclean’s readers had to say about the campaign and its results, as well as other issues:

– “Should we not vote for the local representative who has our interests at heart, no matter which federal party (if any) he or she belongs to? Many of these interests should cross party lines because any region has many competing interests. Can we not encourage our representatives to break party solidarity?”

– “None of our political leaders are statesmen with clear and inspiring national visions that unite Canadians. Instead, voters are bartered in an open political market where myopic promises are traded for votes—a choice as appealing as a Big Mac to vegans. The choices before voters are stunningly vacuous, if not perilous.”

– “I feel embarrassed about my country’s petty arguments over climate and environment taxes. I understand that we’re a resource country, but why can’t we come to a complete agreement about what is right for the environment?” Read more ››