Scott Gilmore on the practice of paying to meet powerful officials, and the ugly, undemocratic results 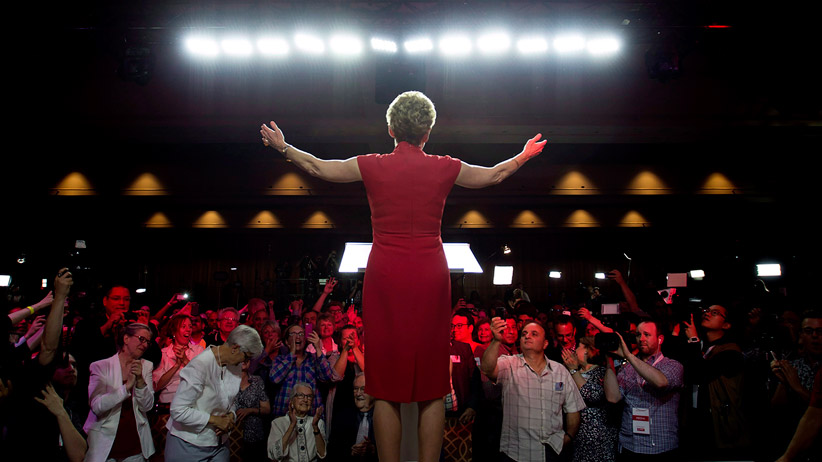 For a country so highly regarded by itself and others, it is remarkable we still have so many ugly and embarrassing political anachronisms.

The last annual report from the Reputation Institute once again declared Canada the most respected country in the world. This was the seventh year in a row we ranked either first or second. (Remember though, “Canada is back.”) And our self-regard seems to have weathered the Harper years too: the numbers point out we’re the second proudest people in the world.

There’s good reason for these rankings. Canada is unarguably a peaceful, prosperous and well-governed place. But, there remain glaring exceptions. We’re among the wealthiest countries on the planet, and yet our remote reserves remain fatally poor and disconnected. We boast of our strong democratic traditions, while unaccountable officials decide who will sit in our unelected Senate. And one of the most inexplicable incongruities is our political fundraising laws.

This week the Globe and Mail’s Gary Mason reported on the B.C. Liberal habit of selling access to the premier and her cabinet ministers. When you strip away the niceties and euphemisms, this is a simple system where a $10,000 payment gives you the opportunity to meet one on one with the most powerful officials in the province, to pitch your case or promote your cause. The other parties moan, but then prostitute themselves exactly the same way. The only difference is they troll for more down-market johns who can only afford $2,000 per head.

The next day, Toronto Star’s Martin Regg Cohn described a similar system in Ontario. Liberal Premier Kathleen Wynne has told her cabinet they better bring her back $250,000 each, or face the consequences. Her more attractive earners, like Charles Sousa, the minister of finance, and Eric Hoskins, the minister of health, are expected to give her twice that. Or else.

Related: How Ottawa got corporate donations out of party politics

So, Minister Sousa puts on his nicest suit, combs his hair, clears his throat, and calls up the richest people he knows. He sweet talks and cajoles them until they agree to pay $18,000 for a “Victory Table”, a euphemism for flirting over drinks, followed by intimate talk at dinner (but no kissing – we’ve all seen Pretty Woman).

This flesh trade doesn’t just happen at provincial capitals. This is the oldest profession in many cities, where councilors and mayors sell their access to unions, developers, and any special interest group who fancy a piece of them. Ask your local councillor or mayor if they are opposed to the ride-sharing app Uber; then ask how much the taxi union donated to their campaign.

I’m laissez-faire when it comes to prostitution. What two consenting adults do with their money and their bodies is their own business. But the problem with political sex workers is they’re selling our body politic which belongs to the voters, and we haven’t consented.

So corporations and unions (the only folks who can afford $10,000 a night) get to spend the evening with our elected officials, and the best we can hope for is a handy newsletter telling us how they’ve decided to spend our taxes.

This trade, prima facie, is undemocratic. It gives the wealthy influence that is denied to average voters. When a minister spends the night with one of his paying customers, the pillow talk is about pipelines and  labour laws. The environmentalist or small business owner who can’t afford those prices is simply not heard. And the results are ugly.

Let me illustrate this. As it happens, I am in Dhaka as I write this. Not far from where I sit is a beautiful brick caravanserai. Three hundred years ago, Chinese and Arab merchants on the Silk Road stopped here to water their horses and sell their wares. In these parts it is one of the last tangible remnants of the Moghul Empire and it should be a national monument. But Bengalis can’t see it, or at least they can only catch glimpses of it down narrow alleys or peering from nearby rooftops. Warehouses and apartment blocks and slums, none of which are legal, have destroyed most of the ruin and hide what’s left. The politicians who let this happen did so only because it earned them generous donations.

I’ll concede Canadian politicians aren’t quite this crass and corrupt, but there is no such thing as only being a little bit of a whore. You either are or you aren’t.

Minister Hoskins told the press he thinks this system is “an important way … for Ontarians to participate in the democratic process.” But, as the well-regarded founder of War Child Canada, Hoskins has witnessed the insidious, undemocratic impact of grubby money politics first hand again and again. He knows damn well this is anti-democratic. Which is probably why when pressed, he could only half-heartedly respond, “I do my best to contribute to the party — I think that’s what I’m prepared to say about it.” You can almost hear the moment his self-respect broke.

But what can the poor man do? Kathleen Wynne needs her money. It’s the way the system works. But it doesn’t have to. Prime Minister Jean Chrétien, to his credit, put a stop to this at the federal level in 2003. Six of the provinces have done so as well. It doesn’t require a commission of inquiry, or massive spending, or political horse-trading. It just needs people like Hoskins to stand up to the Premiere and the party and say “Enough. This is beneath us and beneath this country.”

And perhaps he has. After the Star story broke, Wynne promised “significant” but non-specific reforms, maybe this fall. But until then, her cabinet better put on that blue dress she likes so much, turn some tricks, and get her some money, or who knows what she might do.