Senators cite #DuffyTrial in defence of their own expenses 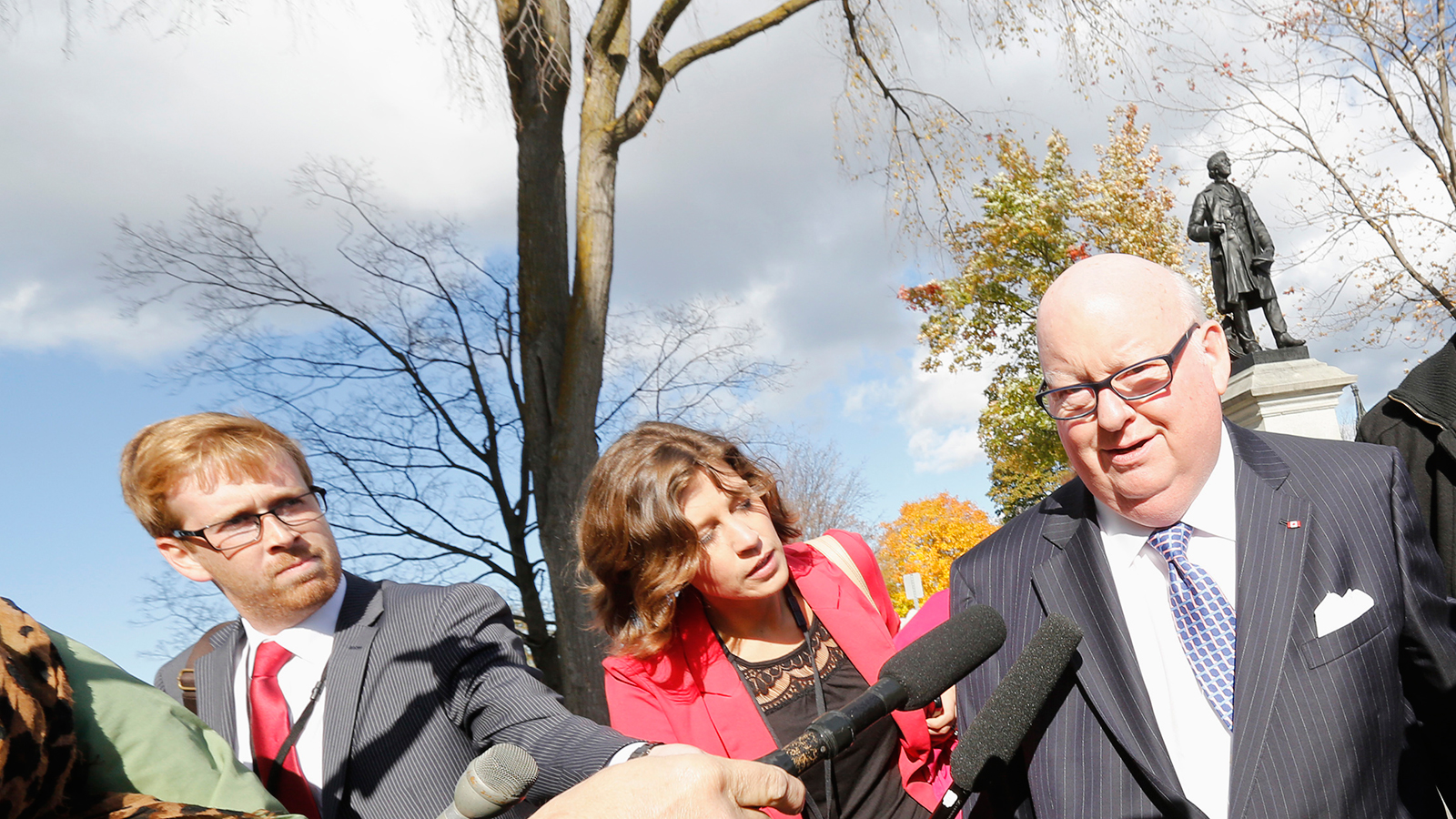 OTTAWA – For some senators, the auditor general’s scrutiny of their expenses sent them hurtling right into the Mike Duffy dimension.

Just 16 months after many of them voted to suspend the former Conservative senator over his contested living and travel expenses, some of them are now invoking his trial as they push back against Michael Ferguson’s highly critical report.

The living expenses, the funerals, the office contracts and the poor record keeping — many of the details in the auditor general’s report find an echo in the trial of the suspended senator down the street at the courthouse.

Duffy has pleaded not guilty to 31 charges of fraud, breach of trust and bribery in connection with his office, living and travel spending.

One of the central areas revolves around the nearly $90,000 Duffy claimed for living expenses for his longtime Ottawa-area home, while declaring a cottage in Prince Edward Island as his primary residence.

In 2013, in the cases of fellow senators Mac Harb and Patrick Brazeau, the Senate’s internal economy committee found they should have known the difference between “primary” and “secondary” residence.

But it would seem those controversial reports are just a distant memory now. Some senators quoted directly from the Duffy trial in their letters back to Ferguson, which were included in Tuesday’s audit report.

In particular, they seemed to hang on the testimony of former Senate law clerk Mark Audcent, who said during the early days of Duffy’s ongoing trial that there were no real criteria for what constitutes a primary and secondary residence.

Ferguson’s team, meanwhile, refers to “normal” travel patterns and “substantive presence” at their primary residence — terms that the auditor general’s office itself created for the purposes of the audit.

“The auditor general is applying a test that was rejected by the former law clerk in order to reach a conclusion that is not supported by my clear and many attachments to my province while I was a member of the Senate,” fumed former Liberal senator William Rompkey, who had $3,134 in living expenses questioned.

Fellow retired Liberal senator Rod Zimmer, whose bill weighs in at more than $176,000, suggests that the auditor general could be interfering in the entire Duffy trial by pronouncing on residency requirements in his report.

A Senate official who spoke on condition of anonymity Tuesday acknowledged that senators could find the residency issue caught up in two tracks — the Duffy trial and special arbitrator Ian Binnie, a former Supreme Court justice assigned to deal with the cases raised by the report.

“Will this be seen as prejudging the conclusion (Duffy judge) Justice Charles Vaillancourt will reach on the same matter, and what if Justice Vaillancourt does not agree with the auditor general’s interpretation?” writes Zimmer, who is red-circled for $47,132 in living expenses alone.

Conservative Sen. Pierre-Hugues Boisvenu racked up $15,826 in living expenses, while the AG found he was spending little time in Sherbrooke, Que.

“Sherbrooke was my primary residence under the rules of the Senate, the civil code of Quebec and income tax rules,” Boisvenu responded.

Retired Liberal Sen. Sharon Carstairs was highlighted for $2,399 in living expense claims. Her response matched that of Duffy.

“There are no rules with respect to the number of days spent in the primary residence,” Carstairs said. “Had such rules existed I would have fulfilled them as I did all other rules in the Senate.”

Other issues that are raised in the auditor general’s report that have also come up during the Duffy trial include questions around what constitutes legitimate public business — travel for funerals or trips where personal visits are mixed in.