Separating 'truth from fiction' in the Grewal gambling case

Politics Insider for Dec. 3: Grewal decides to stick around as gambling questions linger, the feds prepare an election protection brigade, and a security review revisits Trudeau's state visit to India 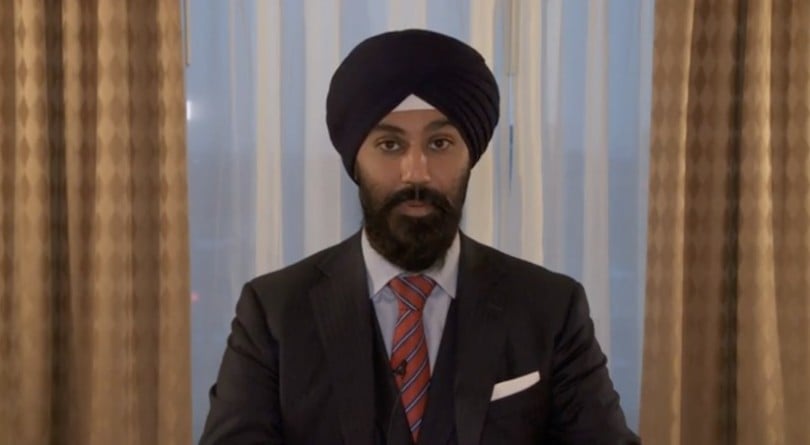 It is possible to make a reasoned political argument that the Trudeau and former Wynne governments bear some responsibility for GM’s decision to close its Oshawa operations. Too bad that’s not what Conservative leader Andrew Scheer is doing with his forced and ridiculous claim that carbon taxes are to blame, writes Stephen Maher:

It is so difficult nowadays to capture the attention of click-addled voters that politicians are forced to deliver one simple message over and over again. That means that until the election, the Conservatives are going to blame everything on Trudeau’s job-killing carbon tax. (Maclean’s)

Government-mandated production cuts are coming to Alberta’s oil patch. NDP Premier Rachel Notley announced the move Sunday evening, saying the province would curtail oil production by 8.7 per cent next year, starting Jan. 1. The move, along with the province’s purchase of rail cars to haul crude, is meant to reduce the glut of oil in the province that’s driven down prices for Canadian petroleum. (Calgary Herald)

Questions, questions: After former Liberal MP Raj Grewal backtracked on his resignation late Friday in a Facebook video (see a transcript here), much confusion remains about his gambling addiction, the millions in debt he rang up, and exactly who knew what about the file, and when. As NDP MP Nathan Cullen notes: “For all of the allegations that are now swirling around this MP, I mean, it is difficult to understand the truth from fiction and how this got this far, and nobody seems to have known anything about it in the Prime Minister’s Office. The story hasn’t been consistent since the start.” (CTV News)

The Parliamentary Secretary for Organized Crime is also in the dark on the case. “I pretty much know as much on this as most Canadians. I’m hearing about this in the news, I’m learning about what he’s being accused of like many of my colleagues are,” Peter Schiefke said over the weekend. “It wouldn’t be my place to comment on an ongoing investigation.” (Global News)

While in Buenos Aires, Trudeau said he only learned about Grewal’s gambling a little over a week ago. He also said PMO knew the RCMP was looking into Grewal’s involvement with Trudeau’s trip to India last year—Grewal had invited a construction executive, who’d paid him money, to attend events with Trudeau during the trip—but that his office knew nothing about the RCMP’s interest in Grewal’s gambling debts.  (Canadian Press)

Later today a special security review of Justin Trudeau’s nine-day state visit to India will be tabled in Parliament. Watch for fireworks.

Before the new NAFTA deal even gets ratified by U.S. legislators, Donald Trump plans to kill the old NAFTA deal in a risky gamble. If the new deal doesn’t pass Congress with the six-month termination window, Canada, the U.S. and Mexico will be left without a trade agreement. (CBC News)

To protect the integrity of the next federal election the Trudeau government is planning a “whole government effort” involving multiple departments. The Toronto Star reports the details of the program will be released in the coming weeks, but that officials are already struggling with the process for informing Canadians should there be an attempt by foreign interests to meddle during the campaign. As the Star puts it:  How do you tell Canadians in the heat of the campaign that a foreign actor is trying to influence the results without appearing to influence the results yourself?

And if you’re reading this right at 6:30 a.m. ET, send warm thoughts to Canadian astronaut David Saint-Jacques who was scheduled to take off for the International Space Station from the steppes of Kazakhstan at 6:31 a.m. this morning. Here’s Saint-Jacques in conversation with Paul Wells about what it takes to become an astronaut.