In the news today: Trudeau in Japan, closing arguments in Calgary, cross-examination in the Bosma trial 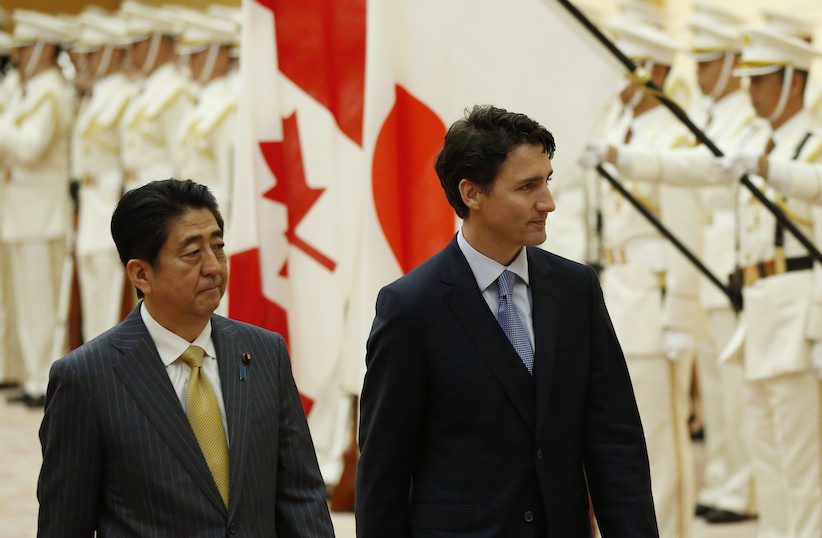 Prime Minister Justin Trudeau personally invited Japanese auto executives Tuesday in Tokyo to invest more in Canada. But it’s unclear whether he will secure concrete commitments from the companies on his first trip to Japan since taking office last fall.

TRUDEAU TO CELEBRATE ANNIVERSARY IN JAPAN

Justin Trudeau’s trip to Japan for bilateral talks and the Group of Seven summit will be about more than just business. The prime minister isn’t planning to hold any meetings or events Wednesday, so he can celebrate his 11th wedding anniversary with his wife Sophie Gregoire Trudeau. Read more here.

International Development Minister Marie-Claude Bibeau has announced an additional $331.5 million in humanitarian aid at the World Humanitarian Summit in Istanbul, Turkey. Bibeau says in a statement Tuesday that the new funding will help the most vulnerable in more than 32 countries. Read more here.

Final arguments are set for today in the trial of a man accused in the stabbing deaths of five people at a Calgary house party two years ago. Matthew de Grood faces five counts of first-degree murder. He admits to the killings, but his lawyers are arguing he is not criminally responsible because of a mental disorder. The 24-year-old has said he believed the end of the world was coming when he grabbed a knife from a kitchen in the northwest Calgary home and stabbed the victims to death.

One of the men accused of killing Hamilton father Tim Bosma will return to the stand today to face cross-examination from the Crown attorney. Mark Smich was grilled all last week by the lawyer for his co-accused, Dellen Millard, but will face the prosecution for the first time. Smich and Millard have pleaded not guilty to first-degree murder in the death of Bosma, who disappeared three years ago after taking two strangers for a test drive in a truck that he was trying to sell online.

At least 85 real estate companies haven’t brought in a plan to show how they are trying to detect money laundering and other suspicious transactions, nearly 15 years after they were required to do so. Data obtained by The Canadian Press says in the past three years the federal anti-money laundering agency received 337 compliance reports from roughly 1,000 companies in the real estate sector it surveyed — including brokers, sales representatives and developers. An analysis of the data contained in those reports found that roughly a quarter of the 337 respondents admitted they had not yet fully implemented a compliance regime, which has been required by federal anti-money laundering laws since 2001.

The RCMP is giving direction to Mounties wearing tiny video cameras, telling them they must hit the record button when there is “a high likelihood” they’ll use force against someone. In general, officers have discretion as to when to turn on the body-worn cameras that clip on a uniform, or may be embedded in glasses or a helmet. An interim RCMP policy on use of the devices says Mounties should not record every public encounter or conversation and when “tactically feasible,” officers are supposed to inform citizens when they are being recorded. The policy was provided to a small number of RCMP officers who were involved in a video camera feasibility study last year.