The proposal advanced (see comments on previous post) that a certain Newfoundland-born media personality might actually rate as Canada’s Sexiest Cerebral Man forces me to call for more persuasive suggestions. Off the top, I suggest for your consideration:

Our ninth prime minister, Sir Arthur Meighen was, I’ve read, a very smart guy. Even though he wasn’t much of a politician, we can see that he knew how to part his hair. Sharp. 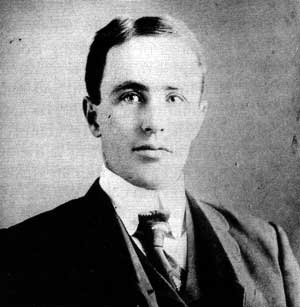 Our greatest humanist thinker, literary critic Northrop Frye, was a bit too tweedy to be regarded as a chick magnet. But I think you’ll agree that this view of him, headlong, locks flowing, hint at a barely contained magnetism.

I had never heard of Michael Manga, born in Hamilton, Ont., educated in Montreal, before People declared the associate professor of earth and planetary science at the University of California a sexy guy. I bow to that publication’s established wisdom in this matter, however, and offer as this image, in which the professor appears to be under the illusion that he is being photographed for boy-band project.