Voted the MP who best represents constituents, Stubbs says the day a politician no longer wants to hear someone's concerns is 'the day that you should quit' 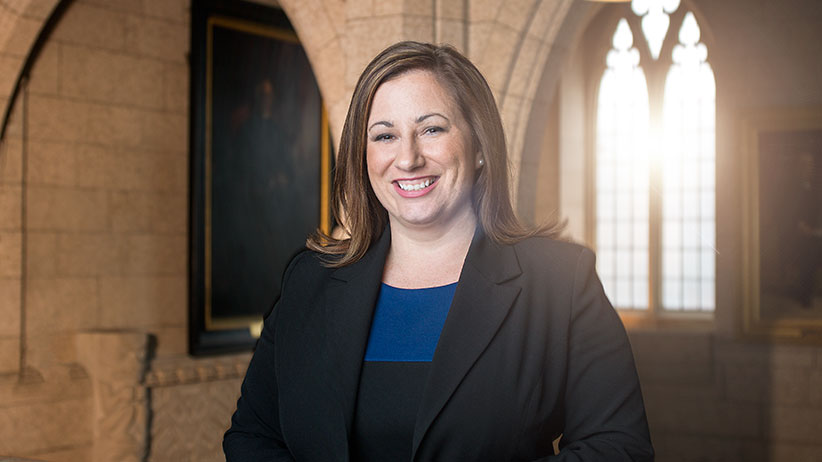 One Thursday in October last year, Shannon Stubbs started getting text messages from constituents who worked at Immigration, Refugees and Citizenship Canada’s case-processing centre in Vegreville, Alta. They’d been informed that the office would be shutting down.

The next day, Stubbs rose in the House of Commons to bring attention to the closure. The Tory MP has spoken on the issue in the chamber and at committee meetings numerous times since, reached out to other parties and collaborated with the local union, all in an effort to advocate for the people she represents.

The vast riding of Lakeland only sent Stubbs to Parliament in 2015, but she grew up in the riding and spends many weekends and most of the summer knocking on doors, so she’s well known to her constituents. “When I go into UFA in my rubber boots to buy dewormer for my horses every couple of months or stop in the grocery store to grab some eggs and coffee creamer, everybody talks to me. It takes me a little time to get through running errands,” she says. Constituents will sometimes pull into her driveway outside Two Hills, Alta., to raise concerns and questions.

That’s not a problem for Stubbs. She cites a lesson from former Edmonton North MP Deborah Grey, for whom Stubbs once worked as a constituency assistant. “If there ever comes a day that you don’t want to meet with a person or hear about their priorities or concerns, that’s the day that you should quit,” Stubbs says her mentor told her. Lakeland residents needn’t worry about that happening any time soon.

FILED UNDER: Editor's Picks Parliamentarians of the Year 2017 Shannon Stubbs