Should Wilson-Raybould have resigned on principle if SNC allegations are true?

Politics Insider for February 11: Kneeing the PMO where it counts, why isn't Wilson-Raybould talking and Pallister relates to Winnipeg's chill from afar 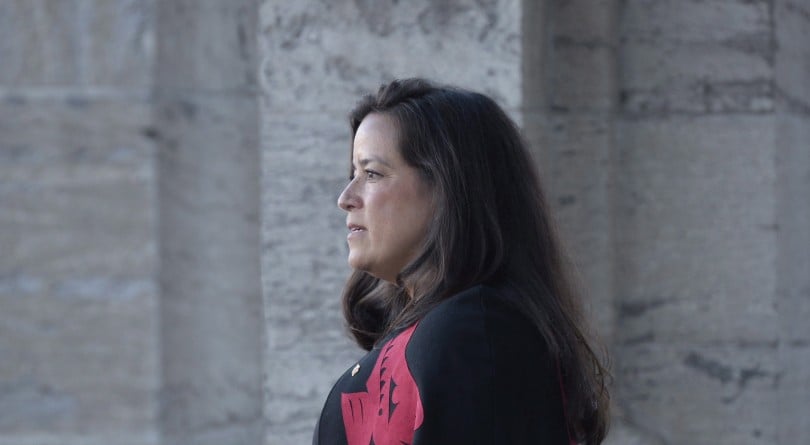 Given Jody Wilson-Raybould‘s prominence in the Trudeau government’s “Sunny Ways” imagery of gender equality, reconciliation, climate change, governance and transparency, the allegation that she rebuffed pressure from the PMO to go easy on SNC-Lavalin in its fraud and corruption case, and her sudden shuffled out of the Justice portfolio, will leave a bruise no matter how this ends, writes Anne Kingston:

There may or may not be a commission of inquiry into the grave allegation that PMO officials put heavy pressure on Jody Wilson-Raybould when she was Justice Minister and Attorney General to help Quebec-based SNC-Lavalin secure deferred prosecution; then, when she refused, she was demoted to Veterans Affairs. We don’t know. There may or may not be a shoe store of shoes yet to drop. We don’t know. Questions swirl in the vacuum of silence and absence of anything approaching clarity, their answers unknown. What we do know is this: the allegation involving Jody Wilson-Raybould and its aftermath has effectively kneed the Liberal government where it hurts the most—squarely in its Real Change™ optics. (Maclean’s)

For two years a remediation agreement was at the heart of SNC-Lavalin’s makeover plan, writes Paul Wells. And anyone who read a Montreal newspaper knew it. The problem was the Public Prosecutions Service of Canada needed the approval of the Attorney General of Canada to proceed. In October, then-AG Wilson-Raybould didn’t give her approval. (Maclean’s)

Should Wilson-Raybould have resigned on principle? If the allegations are true that the PMO pressured her to interfere in the SNC-Lavalin case then yes, she should have, the University of British Columbia law professor Andrew Flavelle tells John Geddes in this Q&A:

A: If these allegations are true—and I have no idea if they are or not—there’s a very good argument the attorney general and minister of justice should have resigned when they happened. There’s some disagreement in the literature about when the attorney general should resign. The one thing pretty much everyone agrees on is the Prime Minister and cabinet can’t interfere in decision-making in a criminal case.

Q: Why should she resign if somebody else acted improperly? Shouldn’t they resign?

A: That’s a separate question, whether they should or not. When there’s been such interference in the attorney general’s criminal responsibilities, there’s a strong convention that he or she should resign, in the same way sometimes people talk about how the Bank of Canada governor, if he was directed to do something by the Prime Minister, would have to resign. It’s not that he’s done something wrong, it’s that the attack on the office is so egregious. (Maclean’s)

More commentary from the weekend about the SNC-Lavalin affair:

The sheer wealth of Scheer’s wealth: The Conservative leader loves to tell stories about his frugal upbringing as a contrast to Justin Trudeau’s “vast fortune”, writes Geddes, but the two have a lot more in common than it seems. (Maclean’s)

Wish you were here: Brian Pallister shared Winnipeggers’ wintertime pain with posts on Twitter and Instagram about frigid temperatures and snow in the province’s capital. “Do you like the snow?” one message asked, while another advised:”Expect blowing snow and gusting wind this afternoon! #staywarm my fellow Manitobans!” But unlike his most of his fellow Manitobans, Pallister was at his Winter Legislative Building, otherwise known as his vacation home in tropical Costa Rica. Latest weather there? Clear with a high of 19 degrees Celsius. (Canadian Press)

Didn’t catch the politics shows this weekend? Here’s what you missed: