Parliament Hill security a 'priority . . . for many years.' Wait, what?

John Geddes on whether Oct. 22 and the response to the attack has truly lit a fire under those in charge 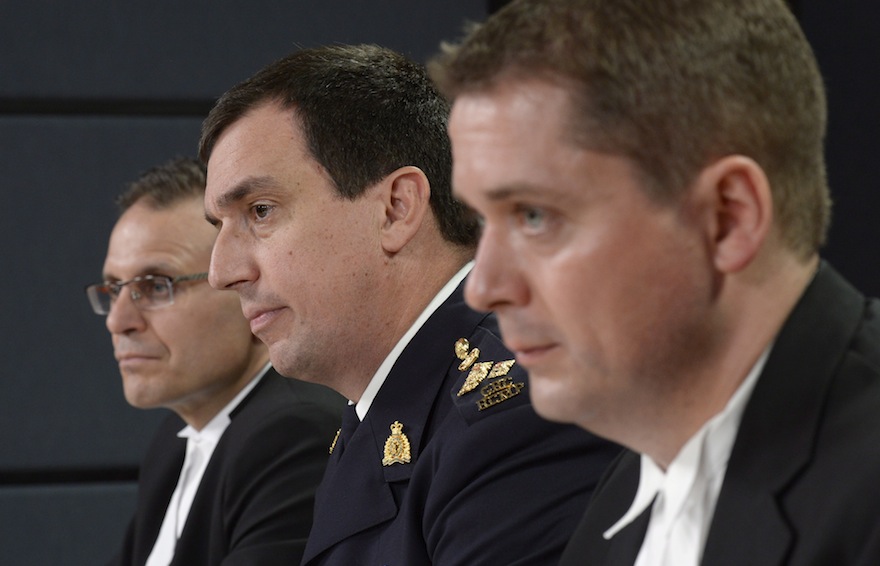 There was an odd disconnect between the findings of the Ontario Provincial Police reports released today into exactly what happened last Oct. 22 on Parliament Hill and the way House of Commons Speaker Andrew Scheer talked about what’s being done (or not done) to upgrade security on the Hill.

Hearing the OPP’s detailed account of how Michael Zehaf-Bibeau rushed onto the Hill with his .30-.30 Winchester and into Centre Block before being shot dead, it was impossible not to feel again something of the alarm of that day—and a sense of urgency about the need to modernize Hill security.

And yet Scheer, who sat with RCMP Assistant Commissioner Gilles Michaud at a news conference to answer questions about today’s reports, managed to talk in a strangely low-key manner about the security situation, almost as if the shock of Oct. 22 hasn’t really lit a fire under those in charge.

The most obvious problem is that the RCMP is responsible for security surrounding the buildings on Parliament Hill, while the House and Senate security services take over inside. “These three separate agencies work with different communication systems, separate training and limited interactions between their members, operating in silos to provide security to Parliament Hill,” summed up one of the OPP reports released today.

The Ontario force, which was asked as an outside agency to independently review the shooting and the Hill security arrangements, concluded that there are “many related issues with the lack of collaboration and interoperability [among] those agencies.”

Given this glaringly unacceptable fragmentation, we should all be thankful Zehaf-Bibeau didn’t do more damage, and we might reasonably expect speedy reforms to unify Hill security. But here’s how Scheer summed up the situation to reporters:

The problem has been “a priority . . . for many years”? You have to wonder what Scheer means by the word “priority.” Many years seems a long time for a problem to go unfixed, if it really is a priority. And the three services have “significantly increased their interoperability”? More than seven months after Zehaf-Bibeau stormed the Hill, any outsider might reasonably have expected a security system with absolutely zero interoperability issues to be, if not fully in place, set to go very soon.

Such unambiguous steps appear to remain elusive, even though the House voted in February to have the RCMP take full control of Hill security. That vote in the wake of the Oct. 22 attack should have been enough to set in motion swift, unequivocal change. However, Scheer adopted a more tolerant tone than you might have expected concerning what sound like tortuous talks going on behind the scenes.

“There have been challenges to the security posture on Parliament Hill, the silos that have existed between the various units,” he said. Then he went on to offer assurances that, even before Oct. 22, and, especially since then, “a lot of work” has gone into “trying to overcome those obstacles and improve security on the precinct.”

The fact that he is still talking patiently about a work in progress, and that a unified, efficient security apparatus is not ready to roll by now, is itself frustrating. This would be so, even if the dangerous shortcomings of the multiple-agency status quo had only come to light after Oct. 22. But that is not the case.

The OPP lists no fewer than seven previous reports stretching all the way back to 1992—from the auditor general, from a House committee, from various special studies—all of which “resulted in numerous recommendations similar to those proposed in this review.” The OPP report goes on to note, with an air of disillusioned understatement, “Unfortunately, few of these recommendations have been implemented.”

Last Oct. 23, many who work on or around the Hill, and love the place, woke up worried about a rushed overreaction, when it came to security. The good news, I guess, is that doesn’t seem to have been a problem.