SNC has a deal, Trudeau has regrets 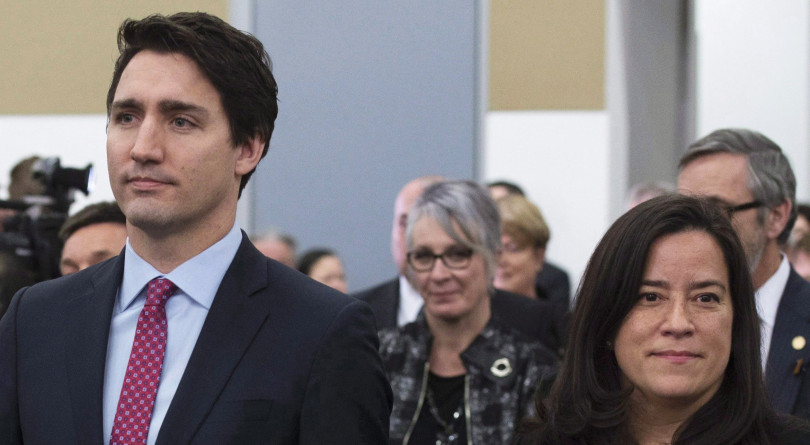 Was all that really worth it? On the same day the Canadian Press named Jody Wilson-Raybould the newsmaker of the year, the company at the heart of the political scandal that led to her split with Justin Trudeau’s Liberals, SNC-Lavalin, pled guilty to one charge of fraud related to its work in Libya and agreed to pay a $280-million fine. “2019 began with very public questions about the rule of law in our country,” she wrote in a tweet. “I am glad to see it end with that principle being upheld. The justice system did its work. It is time to move forward and for the company to look to its future.”

It’s hard to see much difference between the plea deal SNC agreed to and the deferred prosecution agreement it was seeking and that Trudeau and his inner circle were so desperate to grant over the objections of Wilson-Raybould. In the end the company pays a a big fine, agrees to independent monitoring and, thanks to the corruption charges being withdrawn, gets to keep on bidding on federal construction projects instead of facing a 10-year ban. Oh, and it doesn’t fire all its Canadian staff and move its headquarters to the U.S. in a tiff. So what does Trudeau think now, having lost two high-ranking cabinet ministers, one federal bureaucrat and one friend and advisor to the scandal? “Obviously, as we look back over the past year and this issue, there are things we could have, should have, would have done differently had we known, had we known all sorts of different aspects of it,” he told the Canadian Press. “But you don’t get do-overs in politics. You only do the best you can to protect jobs, to respect the independence of the judiciary and that’s exactly what we did every step of the way.”

Well that looks a bit high: Meanwhile Andrew Scheer, who hoped to ride the SNC-Lavalin scandal to victory in the last election, faces more questions about his use of party finances a week after he agreed to step down once a new leader is found. Last night the Conservative National Council and the Conservative Fund, the party’s fundraising arm, were to hold a call to discuss why Scheer’s expense claim was $700,000 higher than the usual $200,000 amount for the last fiscal year, according to Global News.

Blue to red and back again: Meanwhile another potential candidate has emerged to replace Scheer — political chameleon Jean Charest, the former Liberal premier of Quebec and former leader of the old federal Progress Conservatives. This, according to former NDPer, Tom Mulcair: “The information I’ve been getting all confirms he will be running.”

How bad things are for Doug Ford: If an election was held today, the deeply unpopular PCs would be tied with the still leaderless Liberals, writes 338Canada’s Philippe J. Fournier:

While Ontario Liberal supporters may rejoice that their party, despite not having an official leader yet (John Fraser is currently the interim leader), is back in contention, they should certainly worry that the party led by Canada’s most unpopular premier is still tied for the lead. Moreover, election results from the past 30 years suggest that 30 to 32 per cent support should be considered a floor for the Ontario PCs—the party has not received a share of the popular vote lower than 30 per cent in a general election since 1990. Whatever one thinks of its policies and governing style, the PC party and its brand remain strong in Ontario. Read more ››

A Trump-empowering act of impeachment: The Democrats believe they have the moral high ground. But are they setting up Trump for re-election, wonders Allen Abel:

Like the S&P 500, Trump’s approval rating never has been higher. This week’s opinion polls suggest that the likelihood of his re-election, like his waistline, is growing every day, even in the fulcrum states of Michigan, Wisconsin, and Pennsylvania. Reduced, in this instance at least, to a partisan rebuke—a mere pinprick rather than a lethal injection—the third formal presidential impeachment in nearly 240 years of constitutional government creeped ever on.

“Can you believe that I will be impeached today by the Radical Left, Do Nothing Democrats, AND I DID NOTHING WRONG!” was the president’s Wednesday-morning Krakatoa. “A terrible Thing. Read the Transcripts. This should never happen to another President again. Say a PRAYER!”

What will happen when an exonerated, invigorated, re-elected Trump, who throughout his life has proved himself incapable of contrition or remorse—except in the early death of his alcoholic older brother—breaks bad again, no one can predict. Read more ››

Jane Philpott: Canada falls behind in healthcare technology: At a time when we’re trying to cut down on the environmental costs of travel, Canada should be leading the world in offering remote healthcare, writes the former health minister along with Onil Bhattacharyya:

It’s easy to book a dinner reservation online. Or if we don’t feel like going out, we can order from a range of menus and have food delivered to our homes. If only healthcare could do this. Only one in five Canadian family doctors offer the option to book a clinic appointment online. We seem far from a world where we can make Uber-like requests for a house call or virtual visit with a healthcare provider.

In Canada, most of us can’t even communicate with our family doctor’s office by email or a secure website. But more than 90 per cent of doctors in Sweden offer this option, according to the 2019 Commonwealth Fund International Health Policy Survey of Primary Care Physicians, released this week. Only one in five family doctors in Canada offers their patients the option to interact via email or a secure website. Canada ranked worst of all in this measure in the survey of 11 high-income countries. Read more ››